As we near the end of 2017, we list major developments in the front of science and technological developments... 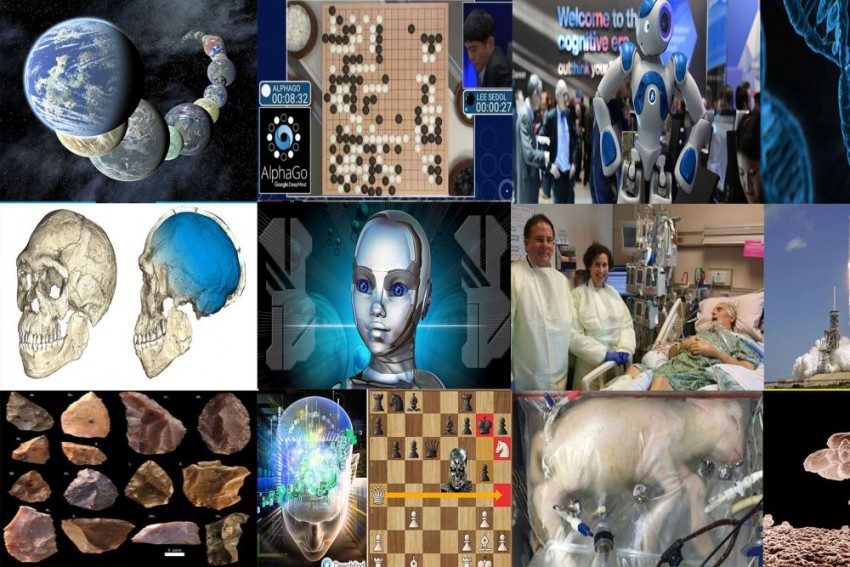 Outlook Web Bureau December 29, 2017 00:00 IST In Case You Have Forgotten, These Were The Top 10 Science And Technology Breakthroughs In 2017

From unraveling new secrets in the evolutionary history of homo sapiens to successful genetic editing, this year witnessed it all. Artficial Intelligence is now a reality and robots can do a backflip!

As we near the end of 2017, we list major developments in the front of science and technological developments...

The year has been remarkable as far as Artificial Intelligence is concerned. After beating human rivals for straight 7 days and registering 60 wins, Google revealed that the player was none other than an improved Alpha Go AI "Master". Well yes, but this was not it! Carnegie Mellon University's "Liberatus"- another artificial intelligence program- was victorious against a number of human opponents.

They say brainy is the new sexy. The storm created by multiple breakthroughs in AI front has also set many heads rolling. If you are marvelling at the power of invention, wait it might also eat up your job soon.

IBM's Watson AI had this year replaced 34 workers in one go at a Japanese insurance firm.

2>How Old Is The Human Evolution?

Hold your thoughts. In a major breakthrough, scientists found new fossils and stone tools in Morocco that pushes back the origin of our species by one hundred thousand years. The evidence found at the archaelogical site of Jebel Irhoud show that by about 300 thousand years ago important changes in our biology and behaviour had taken place across most of Africa.

The world's first-ever detection of two faraway neutron stars colliding, causing a massive blast that rippled through the fabric of space and time, was judged the scientific breakthrough of 2017

On August 17, a team of four Carnegie astronomers provided the first-ever glimpse of two neutron stars colliding. They also obtained the earliest spectra of the collision, which may allow them to explain how many of the universe’s heavy elements like gold, platinum, etc. were created—a decades old question for astrophysicists.

This time, they announced the detection of a fifth gravitational-wave disturbance that was  witnessed by the astronomers too, at every wavelength of light from gamma radiation to radio waves.

A major breakthrough in genetic editing was made this year. Scientists at Oregon Health and Science University, with colleagues in California, China and South Korea, reported that they repaired dozens of embryos, fixing a mutation that causes a common heart condition that can lead to sudden death later in life.

Borrowing from a gene-editing technique called CRISPR, the team changed the DNA of a large number of one-cell embryos.

Genetic editing has long been debated for being unsafe but this development now shows that it can soon be done "safely". Scientists term it as a major breakthrough.

2017 has been exceptional for rocket science and space enthusiats also. Elon Musk-led Space X is responsible for most of this year’s launches. The company’s total comes to 18 launches in 2017—its most in a single year, and more than double that of the previous year.

As Musk put it, his ambitious plan to connect the megacities of the world, might make distance between London to New York just a rocket-ride away.

6> Coming Back To Life

An incident that took place in April this year, literally gave a breather to a 69-year old man who was in a coma for two months.

Tom Patterson, an American who fell gravely ill with an antibiotic-resistant acinetobacter infection, had been brought out of the coma by injecting a cocktail of bacteriophages, tiny viruses that specifically attack and kill bacteria.

This year has also been full of surprises in space discoveries. NASA Astronomers announced the discovery of seven Earth-sized exoplanets, which may all be in the habitable zone, orbiting TRAPPIST-1, an ultra-cool dwarf star. Slightly larger than the planet Jupiter, these are located about 40 light-years from Earth.