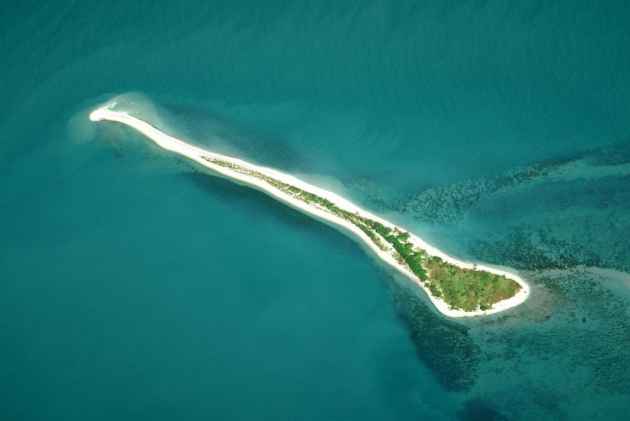 In just two years, an IIT-Madras team of five researchers has grown an island back to life after it had shrunk from 16 hectares in 1986 to 1.5 hectares in 2015.

Today, Vaan Island -- 12 km off the Tuticorin coast in Tamil Nadu and one of 21 uninhabited islands in the Gulf of Mannar -- is back to a size of 1.64 hectares, a growth of 7.6% with the help of “artificial reefs”, reported The Indian Express.

A 2014 database of the Tamil Nadu government red-flagged the Vaan Island, mentioning the submergence of one-fourth area of the island. The database blamed coral mining, biotic intrusion from Tuticorin town and frequent fires by fishermen for the shrinking island.

The Gulf of Mannar, which was declared a marine biodiversity park in 1986, has the chain of 21 islands and adjoining coral reefs off the coast of Ramanathapuram and Tuticorin forming the core.

The restoration of Vaan Island is one the climate adaptation projects funded by the National Adaptation Fund for climate change of the ministry of environment, forests and climate change. The state has been given Rs 25 crore for the project.

According to the report, the IIT team was asked to enable the rehabilitation of coral reef, while also reducing the erosion on the island. The team then used “9,000 small units of reinforced concrete structure with holes”. The concrete structures were being used for reviving an island for the first time in the world.

The team led by the head of department of ocean engineering at IIT Madras Prof SA Sannasiraj, worked with Tuticorin based Suganthi Devadason Marine Research Institute to build and study small scale models and accordingly strategize the rehabilitation.

“We worked out the design, the build, how to place it, studied waves and determined where to place the structures,” Sannasiraj told The Indian Express.

The holes in the concrete structure are required for marine growth. It only took eight months for corals to start growing on these structures, he added.