Pakistan were set a target of 151 runs, but the side did not get a chance to come out to bat as the rain started pouring down during the mid-innings break 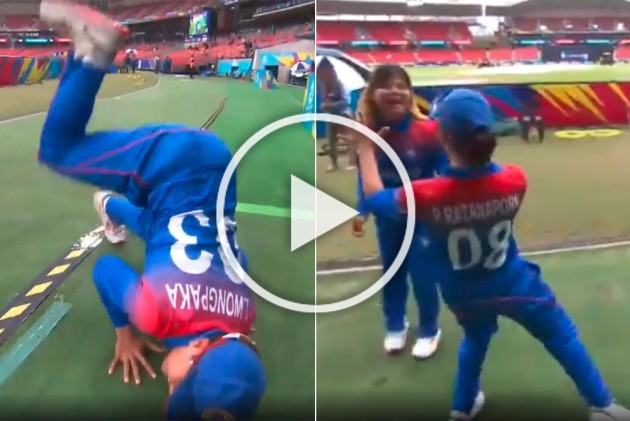 Thailand were denied a chance to test Pakistan in the ongoing ICC Women's T20 World Cup on Tuesday. Opting to bat first, Thailand rode on a brilliant opening stand to post their highest T20 score before the Group B match was called off due to persistent rain in Sydney, Australia. (More Cricket News)

Pakistan were set a target of 151 runs, but the side did not get a chance to come out to bat as the rain started pouring down during the mid-innings break.

But it didn't dishearten the Thailand players, who are playing in the World Cup for the first time. The ICC shared video footage:

During the rain delay, Thailand kept the fans entertained on the big screen with an impromptu dance-off ðº

Earlier, Nattakan Chantam played a knock of 56 runs to take Thailand's score to 150/3 in the allotted twenty overs.

Opting to bat first, Thailand got off to an exceptional start as openers Chantam and Nattaya Boochatham stitched together a partnership of 93 runs.

Pakistan finally got the breakthrough in the 14th over as Boochatham (44) was sent back to the pavilion by Aliya Riaz.

However, Chantam kept going strong at one end, and brought up her half-century in the 15th over of the innings.

Chantam (56) was finally dismissed by Diana Baig in the 16th over thanks to a stunning return catch.

Both sides were already out of the semi-final reckonings.