'I Will Never Accept Violence,' Macron Says After Paris Protests

Saturday's protests marked the third consecutive week of such demonstrations, although with an estimated 36,500 participants across the country they were smaller than those in weeks past, according to the French Interior Ministry. 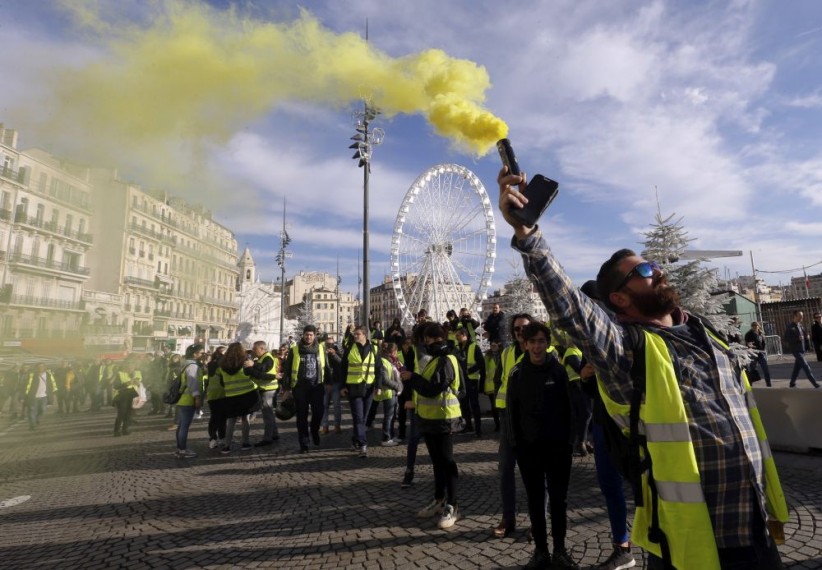 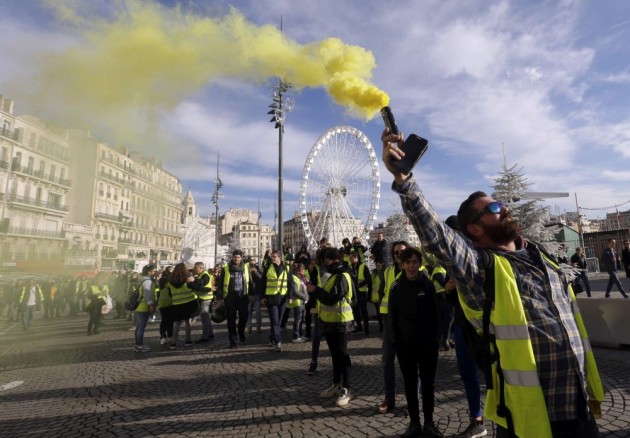 The ongoing protest in France have turned violent as more than 100 people were injured in clash with police while protesting against fule price hike.

As many as 288 people have been arrested till Sunday, authorities said.

French President Emmanuel Macron on Saturday condemned the violence. "I will never accept violence," Macron told a news conference at the G20 summit in Buenos Aires amid the massive "yellow vest" demonstrations.

"No cause justifies that authorities are attacked, that businesses are plundered, that passers-by or journalists are threatened or that the Arc du Triomphe is defiled," he said.

Saturday's protests marked the third consecutive week of such demonstrations, although with an estimated 36,500 participants across the country they were smaller than those in weeks past, according to the French Interior Ministry.

A police spokesman told CNN that clashes erupted on Saturday after the protesters from the "gilets jaune" or "yellow vest" movement demonstrated against rising gas prices and taxes on polluting forms of transport.

"All the police, the gendarmes and civil security forces were mobilised," Interior Minister Christophe Castaner said, adding that 65,000 agents had been deployed around the country and 4,000 in Paris, a number that proved insufficient to deal with the 3,000 violent protesters identified by the authorities.

The Minister said the famous Arc de Triomphe was occupied and damaged by the rioters during the protests, reports Efe news.

The arch was spattered with yellow paint saying, "The 'yellow vests' will triumph" and later a group of demonstrators managed to get access to the top of the monument.

"I am shocked by the challenge against symbols of France," Prime Minister Edouard Philippe said.

"The Tomb of the Unknown Soldier encircled, the Arc de Triomphe daubed," he added.

As the day wore on, the area surrounding the Champs Elysees began to look like a war zone, with protesters launching Molotov cocktails and cobblestones at police who responded with tear gas and water cannon.

But the protests evolved into a broader demonstration against French President Emmanuel Macron, his government and tensions between the metropolitan elite and rural poor, CNN said.

The violent protests and vandalism in Paris have "absolutely nothing to do with the peaceful demonstrations of a legitimate unhappiness or discontent", Macron told the media on Saturday in Buenos Aires, where he's attending the G20 summit.

Those responsible will be identified and taken to court, he added.