Home  »  Website  »  International  »  'I Am Hostage', Says Dubai Ruler's Daughter Sheikh Latifa Who Had Been Missing

'I Am Hostage', Says Dubai Ruler's Daughter Sheikh Latifa Who Had Been Missing

Sheikha Latifa recorded the videos in a bathroom at the villa over months on a phone she secretly received about a year after her capture. 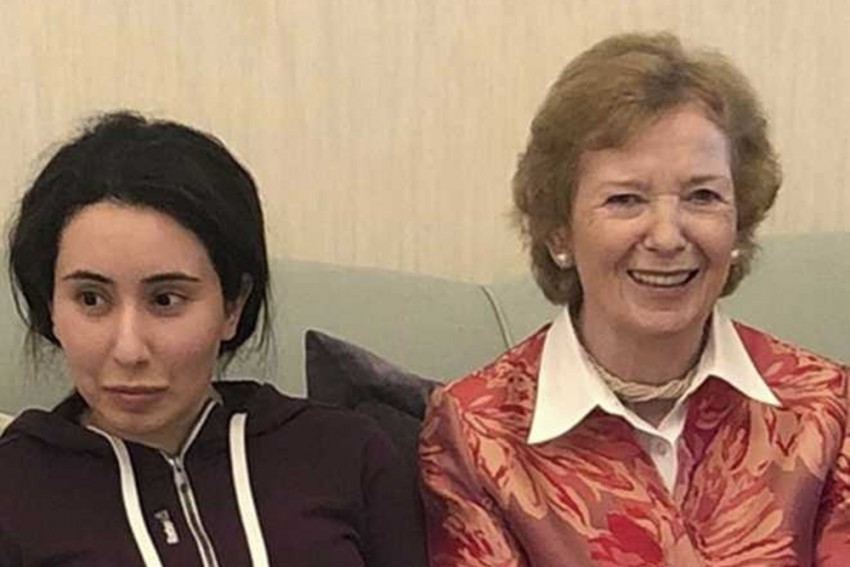 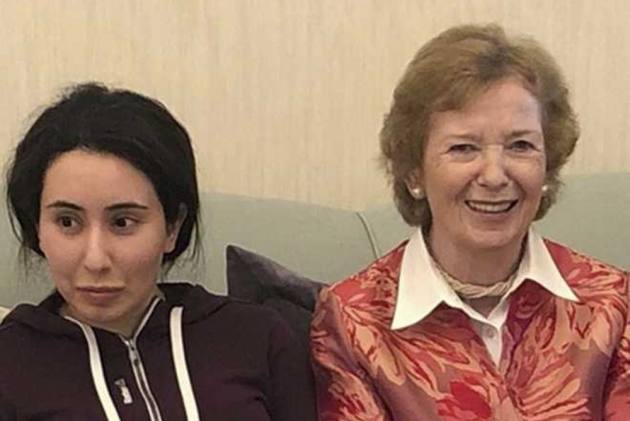 A daughter of Dubai's powerful ruler who tried to flee the country in 2018 only to be detained by commandos in a boat off India has re-emerged in new videos published Tuesday, saying she doesn't know if she's “going to survive this situation.”

The videos released by the BBC show Sheikha Latifa bint Mohammed Al Maktoum at a “jail villa,” apparently located in the skyscraper-studded city-state in the United Arab Emirates. Her father, Sheikh Mohammed bin Rashid Al Maktoum, also serves as the prime minister and vice president in the hereditarily ruled UAE.

“I'm a hostage,” the sheikha says in one video. "This villa has been converted into jail.

“I can't even go outside to get any fresh air,” she also said.The government's Dubai Media Office did not immediately respond to a request for comment from The Associated Press.

In 2018, the AP reported how a friend and an ex-French spy helped Sheikha Latifa escape by boat, only to be captured off India.

The BBC said Sheikha Latifa recorded the videos in a bathroom at the villa over months on a phone she secretly received about a year after her capture.

“I don't know when I'll be released and what the conditions will be like when I'm released,” she says in a video. “Every day I am worried about my safety and my life.”

The videos, part of an episode of BBC's “Panorama” investigative series being broadcast Tuesday, also include an interview with Mary Robinson, a former president of Ireland and U.N. High Commissioner for Human Rights. Robinson appeared in photos with Latifa published by Emirati officials after the sheikha's return to Dubai in 2018.

Robinson told the BBC that she had been misled by Emirati authorities who told her Latifa was a troubled young woman safe in the care of her family.

“I was particularly tricked when the photographs went public,” Robinson told the BBC. "That was a total surprise.... I was absolutely stunned.”

The dramatic would-be sea escape and its aftermath intruded into the carefully controlled image maintained by the family of Sheikh Mohammed, who is believed to have several dozen children from multiple wives. Some of his sons and daughters figure prominently in local media and online, but others are rarely seen. Sheikha Latifa was widely known for her love of skydiving prior to 2018.

Sheikh Mohammed's family life again became a public matter in 2020. Then, a British judge ruled the sheikh had conducted a campaign of fear and intimidation against his estranged wife and ordered the abduction of two of his daughters, one of them Sheikha Latifa. The ruling came in a custody battle between Sheikh Mohammed and estranged wife Princess Haya, daughter of the late King Hussein of Jordan.

Sheikh Mohammed is the founder of the successful Godolphin horse-racing stable and on friendly terms with Britain's Queen Elizabeth II. In 2019, he received a trophy from the queen after one of his horses won a race at Royal Ascot.