As murmurs of a change in leadership gain strength, Kiran Kumar Reddy can surely do with a more serious publicity drive than his Indirammabaata programme 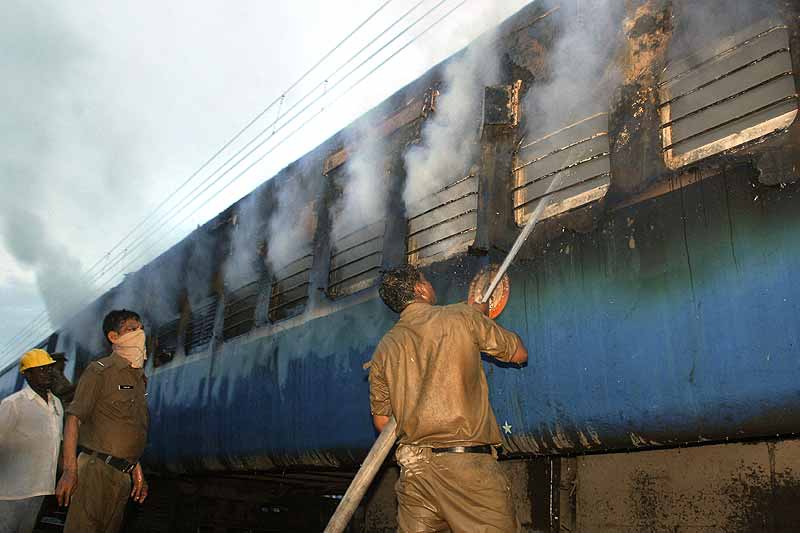 The horror of the fire on Delhi-Chennai Tamil Nadu Express near Nellore, which claimed 32 lives and left at least 18 unaccounted for, plunged Andhra Pradesh into a deep gloom on Monday. The charred remains of passengers, the burnt S11 coach and the cries of the injured in four Nellore hospitals were all attributed to a short circuit inside the coach. Chief Minister Kiran Kumar Reddy, railway minister Mukul Roy, opposition leader N. Chandrababu Naidu, Rajya Sabha member Chiranjeevi, YSR Congress honorary president Y. S. Vijayalakshmi rushed to Nellore to inspect the burnt coach and visit hospitals. Both Vijayalakshmi and Naidu demanded an additional ex gratia of Rs 5 lakh and jobs for family members of victims. Chiranjeevi blamed the Railways while the Chief Minister said sabotage could not be ruled out and only a full inquiry would reveal the truth. What appeared to be in bad taste, however, were visuals of Vijayalakshmi climbing inside the S11 coach and posing for photographers. Seriously, politicians need to understand that publicity stunts and photo ops should be set aside when such tragic accidents take place. One Railway official, who refused to be named, told Outlook that "ridiculously low" ticket rates in second class lead to long waiting lists. As a result, many passengers who are on the waiting list, board the train and the death toll in such eventualities goes up. Only a couple of months back, on May 22, 25 persons died when Hampi Express rammed into a stationary goods train at Penukonda in Anantapur. Two major train mishaps within a short period have now instilled fear in train passengers who demand greater rail safety measures. 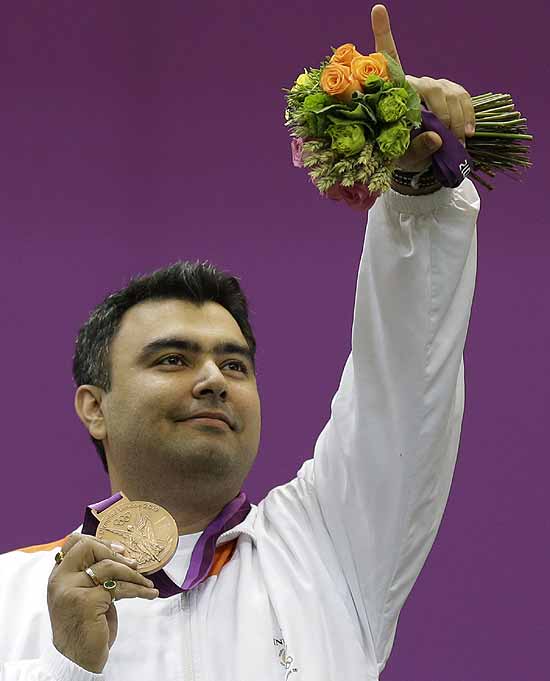 News of the train fire seemed to cloud shooter Gagan Narang's bronze medal in the Olympics. Narang's parents, who live in Begumpet area of Hyderabad, celebrated the moment with people in their apartment and mediapersons. Bhimsen and Amarjit Narang sat glued to their TV set and watched every shot their son fired with bated breath. Earlier, Gagan had approached the Andhra Pradesh government with the idea of setting up a shooting academy in the sprawling campus of the University of Central Hyderabad. The state government was cold to the proposal. In fact, when the late Y. S. Rajasekhar Reddy was chief minister, tennis star Sania Mirza had sought land to set up a tennis academy. YSR then diplomatically told Sania to concentrate on her game. Another Hyderabadi, Jwala Gutta's disappointing performance in the mixed doubles has set many tongues wagging in the city. Jwala does not train in All-England champion Pullela Gopichand's academy but Saina Nehwal who does has impressed with her performance so far. Hyderabadis are annoyed that Jwala was more into partying and product launches than into her game. 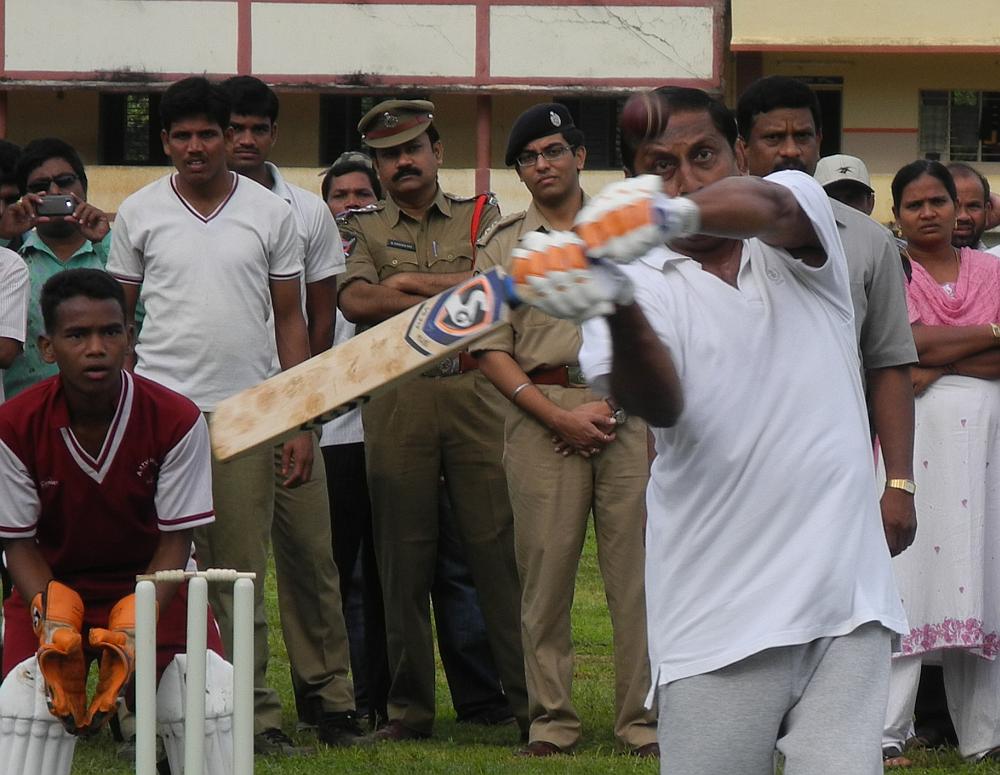 Chief Minister Kiran Kumar Reddy's Indirammabaata programme, where he spends three days a week in each district, does not appear to have taken off among the public. The motive behind the programme is to ensure that government schemes reach the people and for the CM to appraise himself of problems in the districts. But even Congress leaders say that all that is coming out of this programme are photos of the CM playing cricket, taking morning walks or having lunch with tribals. As murmurs of a change in leadership gain strength, Kiran Kumar can surely do with a more serious publicity drive.

Straws in the Wind

Kiran Kumar appears to be facing fresh trouble within his cabinet. Endowments minister and previously a member of the Praja Rajyam Party, C Ramachandraiah, created a flutter at a meeting in West Godavari district when he said Chiranjeevi would be the Chief Minister soon. Ramachandraiah’s remarks at a meeting of the Kapu community have irritated Congress leaders who are still adjusting to Chiranjeevi's party being merged with the Congress. Incidentally, four other ministers, all members of the Kapu community were present at the meeting but none of them objected to Ramachandraiah’s remarks openly.

Where is Telangana Rashtra Samiti president K Chandrasekhar Rao these days? The MP is said to be spending most of his time at his farmhouse, tending to his vegetable garden. The moody leader is avoiding the media and is maintaining a low profile. Party leaders who desire an audience with KCR have to travel to the farm located about 50 km from Hyderabad. Even there, they see KCR holding elaborate discussions about innovative methods of farming with agricultural scientists. But statehood supporters are hoping that KCR will soon emerge with fresh plans for a Telangana stir.

It is the month of Ramzan and Hyderabad has turned into haleem city. Stalls near Charminar selling haleem, fruits, attar, surma, namaz caps are doing brisk business. The air of buzzing activity around the heritage monument is a delight to experience in the evenings. It is not just those observing roza but several Hyderabadis who lap up haleem, the rich dish made of meat, lentils, pounded wheat and spices and cooked over a slow fire. While practically every street has its haleem corner, the Irani joints and bakeries in the Old City are a must-visit, both for the taste and ambience.

Telugu superhit Eega will soon be released in Hindi across theatres in India. Director S. S. Rajamouli, however, rules out talk of Abhishek Bachchan stepping into the tiny role of Nani’s. Except for some regional and stylistic changes, the movie will be the same and will only be dubbed into Hindi.