Two students, who were present at the protest site, confirmed to Outlook that the poem was recited only to keep the crowd engaged while another group negotiated with authorities who claimed Section 144 of the Indian Penal Code was in place. 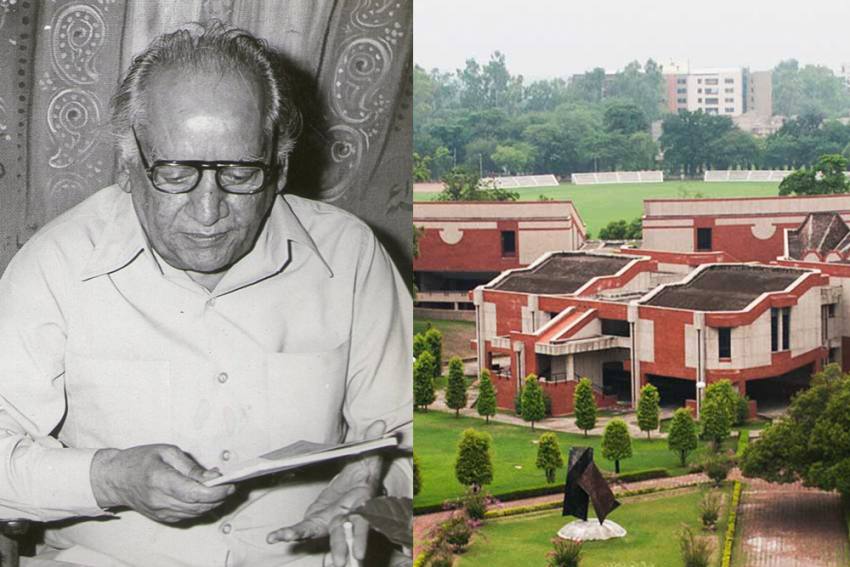 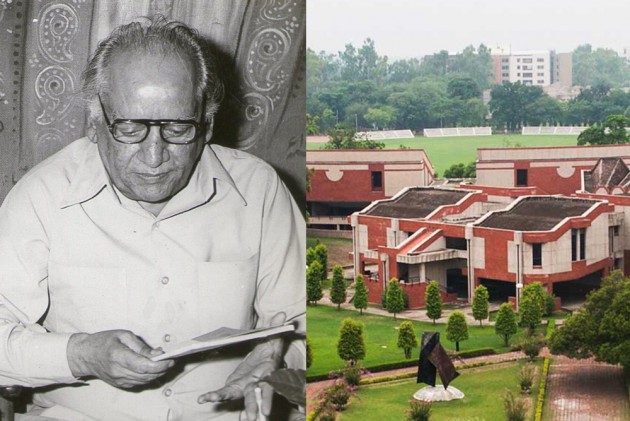 But the recitation of this nazm, which Faiz wrote in 1979 challenging the then military dictator of Pakistan General Zia-ul-Haq, during a solidarity march in IIT Kanpur has snowballed into a big controversy.

Vashi Mant Sharma, an INSPIRE Faculty at IIT-Kanpur, had objected to a portion of the poem, saying their recitation was "an attack on Hindu belief."

"In a country, where we have 80 per cent butparast (idolators), the removal of idols is certainly an assault on my belief," Sharma told Outlook.

"People are asking me to understand the context of Faiz's poetry, but when people talk of destruction or removal of idols, it reminds me only of Ghori and Ghazni," he said.

"It was an attack on Hindu faith," Sharma said, adding "When Faiz has used 'but' and Allah, why should I translate the former into 'falsehood' and the latter into 'truth'?"

Following Sharma's complaint, IIT-Kanpur formed a committee to inquire into the matter.

Manindra Sharma, Deputy Director and Professor in Computer Science and Engineering Department, told Outlook that the intent of the inquiry committee is "most certainly not to decide" whether or not a poem is "anti-Hindu or communal."

"The committee has been constituted to look into all the complaints, including articles, social media posts, blogs, and decide if they have any substance at heart," Agarwal said.

"There is no student representative in the committee," said a student, adding, "how do we believe that the committee will remain objective?"

Two students, who were present at the protest site, confirmed to Outlook that the poem was recited only to keep the crowd engaged while another group negotiated with authorities who claimed Section 144 of the Indian Penal Code was in place.

"The authroities were asked to produce the order declaring that Section 144 was in effect," a student said, adding, "our solidarity to students of Jamia Millia Islamia and AMU was completely ignored."

"They made a mountain out of a molehill just due to the recitation of a poem, the context of which they clearly didn't understand."

They would never tell anyone that "we recited the Preamble to the Indian Constitution," another student said.

Shedding light on the historical significance of the poem, historian and writer, Rana Safvi, said if the nazm was against anything or anyone, it was the then military dictator of Pakistan General Zia-ul-Haq and his "attempt to enforce his brand of religious fundamentalism" on Pakistan.

"In the poem, Faiz is using Quranic symbols or Quranic references to challenge a religious dictator," Rana said.

"The word 'but' was used to target 'self-styled gods or false gods'," Rana said, adding that year the reference to Hindu God wouldn't have even struck Faiz, let alone anything else.

By 1985, dictator Zia had already banned sari in the country in his efforts to further "Islamise" Pakistan.  "To challenge Zia," Rana says, "Iqbal Bano wore a black sari and sang Faiz's nazm in Lahore."

Bano's act challenged "Hinduphobia" back then and "today we are saying the song is Hinduphobic, which is a complete irony".

IIT-Kanpur director Abhay Karandikar told news agency PTI that the institute had received complaints from multiple sections of the students that during a protest march taken out by students certain poem was read, and then subsequently certain social media posts were made, which were inflammatory,

"The institute has received complaints from other sections of the community that during the protest march, a group tried to block the march, which was incorrect.