The film industry has changed, pitching its wares to an ever-narrower (and wealthier) group of people, excluding entire demographics and social groups that, until quite recently, constituted a staple of its audience. 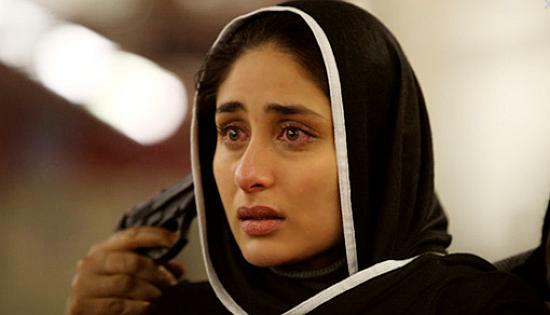 I haven’t seen Kurbaan yet.  I certainly will, and it might well be a pretty good film too.  But what I won’t be doing is going into the theatre with any kind of enthusiasm.  Chalk that up to the ad campaign -- and I’m not talking about Kareena Kapoor’s “backless” poster pic with co-star and real-life boyfriend Saif Ali Khan either.  You see, it was the other posters and trailers that dampened my enthusiasm.  For when I saw the shots of the Jama Masjid, heard the “ShukranAllah” song playing in the background, and saw Kareena sporting a head-scarf, I just knew the film was going to be about Some Topical Issue.

The point isn’t that Kurbaan is yet another film about Muslim terrorists -- unlike a decade or so ago, Bollywood has actually become reasonably liberal with respect to that issue, and far more likely to eschew crude stereotypes.  The problem today is a more subtle one.  For Kurbaan is yet another film conflating symbols of Indo-Islamic identity with the rather distinct phenomenon of contemporary terrorism.  Shots of the Jama Masjid?  A qawwali playing in the background?  Why, this must be a “topical” story about extremism.  (Its refusal to go that route was one reason why this year’s Delhi-6 was quite welcome: in that film, the Jama Masjid was simply the Jama Masjid, a “normal” location where people pray as a matter of course.)

The point is a broader one, however, and is not limited to cinematic representations of India’s minorities.  Quite the contrary.  The representation of minorities is merely symptomatic of a broader issue: in the new dispensation that rules Hindi cinema, “traditional” cultural practices and symbols are themselves, more often than not, problematic, and even the majority is marked in one way or another.  For instance, the Hindu temple, once a staple of Hindi film moments ranging from lovers’ trysts to quarrels with God, is conspicuous only by its absence in contemporary Bollywood: the only recent films that even featured anything like a temple or a religious festival are the afore-mentioned Delhi-6; Ghajini, and Wanted -- and the last two are remakes of, respectively, Tamil and Telugu films, and hence products of far more rooted cinematic cultures.  The dargahs and mandirs that dotted the landscape of Hindi movies in decades past have all but vanished; to the extent any divine intervention is needed today, the more “modern” confines of a church -- almost always abroad -- have become Bollywood’s preferred houses of worship, at least since 1995’s Dilwaale Dulhaniya Le Jaayenge.) 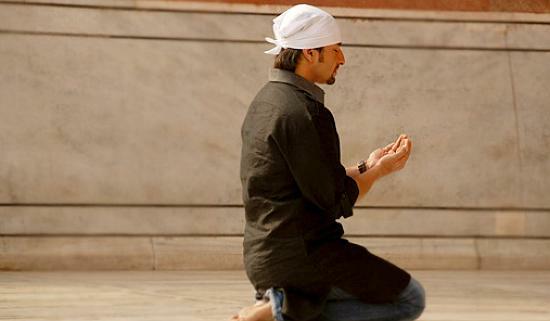 It is important to note that the sea change in Hindi cinema’s attitude has not been accompanied by any corresponding broad-based change in Indian society.  Staying with the example of temples and shrines, for instance, there is no evidence that Indians are on average materially less observant today than they were two decades ago.  But what has happened is that the film industry has changed, pitching its wares to an ever-narrower (and wealthier) group of people, partly for commercial reasons, but partly because of insularity.  The current crop of film producers, directors, and actors are disproportionately the offspring of industry insiders, and, in many cases (and unlike their parents), have grown up together, attended similar schools, and live in the same neighbourhoods of the same city.  Three decades ago, the likes of Rajesh Khanna, Amitabh Bachchan, Jeetendra, Rakesh Roshan, Dharmendra, Sharmila Tagore, Yash Chopra, Yash Johar, Hema Malini, and Javed Akhtar represented a rather wide cross-section of Indian society, a breadth reflected in the films of the period.  The same cannot be said for their offspring.  Biography is not destiny, but the Bollywood bubble in which the star-children of today have been reared makes a disconnect with the wider audience more likely.

One way in which that disconnect is manifested today is the universalisation of a deracinated norm as the summa of Indian modernity.  The “ethnic” in Hindi cinema today has become a symbol of criminality, terrorism, low social status, or general “backwardness”.  And this is true whether or not the ethnic “other” is from a majority or minority group, from a traditionally favoured one or a disfavoured one (the violent Hindu and Muslim bhaiyyas and other “ethnics” who inhabit the worlds of films as different as Baabarr and Jail are cases in point; perhaps the only exception is Bollywood’s (dubious) concession to Punjabis, forever condemned to the purgatory of cavorting in mustard fields and breaking into dance at the drop of a hat).  Conversely, the liberalism of the new dispensation means that even the communal “other” is perfectly acceptable, provided (s)he can be assimilated to the normative paradigm (think of Madhavan’s Farhan Qureshi in the upcoming Three Idiots, or Jimmy Shergill’s Zaheer in Munnabhai M.B.B.S.): urban yuppie, and hence “unmarked”.

Stated differently, in contemporary Hindi cinema today, representations of the culture and religious practices of the vast majority of Indians entail, above all else, representations of problems.  In other words, show me a film featuring a guy offering namaaz, or sporting a tilak, or even being anointed in a temple; and I’ll show you a film about terrorism, political gangsterism, or other oppression.  (The otherwise welcome Delhi-6 is itself part of this problem to an extent: once the viewer is introduced to Delhi’s Old City, with its Ramlila performances and Friday namaazis, (s)he knows that communal tension cannot be far away).  By contrast, if you want to see a film representing “normalcy”, in the form of narratives focused on character development, romance, and personal ambition, you will likely find those in films centred on well-heeled characters from one of those neighbourhoods where India always shines.  Characters, in short, a bit like the folks who make the films; movies made by and for Bandra boys, perhaps (Rock On or Wake Up Sid, anyone?)  For this sort of cinematic imagination, the “traditional” is manifested only in the problematic, and in the violence of the exceptional or the aberrant (it might also be represented as utterly past, as in the recent Love Aaj Kal, where the “traditional” Sikh protagonist played by Saif Ali Khan was relegated to the 1960s; his modern counterpart was the clean-cut NRI Saif, able to effortlessly flit between London, San Francisco, and Delhi).  The “unmarked” has become the privilege of deracinated affluence, and the movie-goer has been replaced by the sort of upwardly mobile consumer “we” want in our multiplexes, shopping malls, and our films.  To the exclusion of everybody else.  With their “everyman” and/or traditional masala movie aspirations, the likes of Rab Ne Banadi Jodi, Wanted, and Ghajini are exceptions, so rare that the representations therein risk becoming themselves the point of these films, thereby losing the very “normalcy” that otherwise makes them a welcome relief.  These films are self-consciously “massy”, and targeted at the Common Man -- who better not miss ‘em, as his next opportunity might not arise until 2014.

Why does any of this matter?  Because it points to an increasingly undemocratic state of affairs.  For movies, it must be stressed, are not just products like any other.  Far more than cars or soft drinks or potato chips, movies tap into, represent, and shape our dreams and aspirations.  All products testify to something about the societies that consume them -- but movies, among the few products that have traditionally disguised their own consumption (the experience of watching them not being seen -- by both filmmaker and audience -- as akin to shopping), speak with an eloquence few other products can match.  And far too many contemporary Hindi movies testify above all else to the deliberate exclusion of entire demographics and social groups that, until quite recently, constituted a staple of its audience.  Hindi films have always been disproportionately solicitous of the urban middle class -- reflected at least somewhat in the values and on-screen representations propagated by the films -- but today, the circles of exclusion are drawn more and more narrowly, married with notable rigidity to the cult of wealth. One need not be a communist or an anti-capitalist to lament an impoverished cinematic landscape, where we can no longer imagine a major Hindi film hero playing a taxi driver, a coolie, or a labourer.  And, in the unlikely event that an actor did essay such a role, the latter would be a publicity coup, an opportunity to demonstrate one’s commitment to one’s craft, the Role of a Lifetime (“Look ma, Omkara!”); what it would most certainly not be would be the representation of a guy who just happens to be a farmer, a clerk, or a bus-driver.  Such nonchalance is reserved for the portrayals of the yuppies, industrialists, and assorted rich kids who increasingly populate Hindi films.  Both explicitly and by implication, the Hindi film industry looks at the country around it, and sees another.

Umair Ahmed Muhajir, 31, is a lawyer based in New York City. He blogs at qalandari.blogspot.com