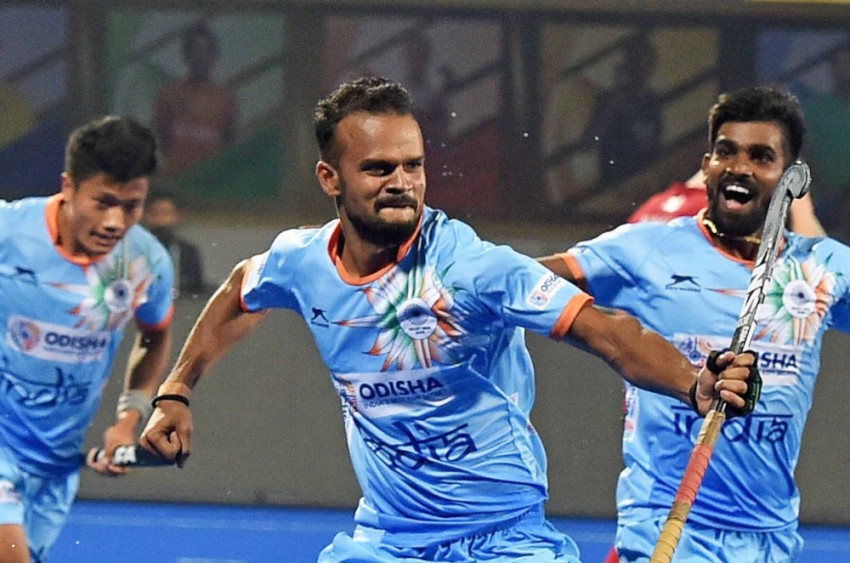 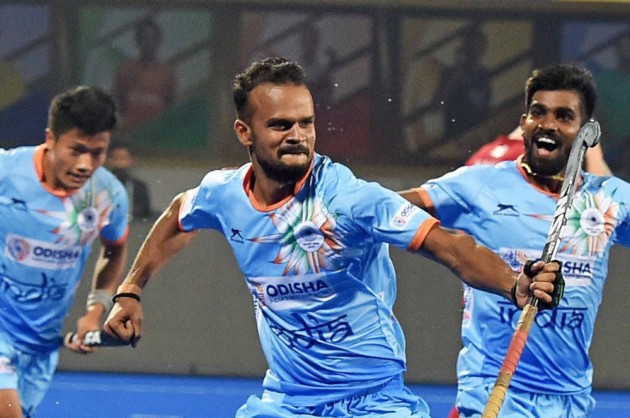 There's a palpable sense of anxiety among Indian hockey fans as a young team led by Manpreet Singh takes on the Dutch might to earn the right to play an FIH Men's Hockey World Cup semi-final match in 43 years on Thursday at the Kalinga Stadium, Bhubaneswar, Odisha.

But the semi-final against the Netherlands, runners-up from 'group of death' Pool D, will be huge ask for the youngest team in the tournament. Indian team has an average age of just over 23 years, and this rawness may well prove detrimental when they take on the second most successful team in the tournament's history.

The Netherlands, winners of three titles, had to go through the crossover round after finishing second to Germany in Pool D. And in the crossover, they showed their might by thrashing Canada 5-0 and entered the semis for the seventh time in eight editions.

India, boasting a rich hockey legacy, last played in the semi-final of the World Cup way back in 1975 when they went on to lift their maiden title. The game has witnessed an upward trend in the country but the history does not favour the hosts against the Netherlands, whom the Indians have never beaten in a World Cup match.

Such is the lopsided nature of this fixture that, in their six previous meetings at the quadrennial event, India had managed only one draw, while losing five times.

And if Manpreet Singh and his men get past the Dutch on Thursday, they will not only break a jinx but also rewrite history and ink their names in one of the golden chapters of the Indian hockey.

Going by present form and rankings, there is hardly anything to differentiate between the two sides. While the Netherlands are placed fourth in the current world rankings, India are a rung below in the fifth position.

The last time India and Netherlands faced each in the Champions Trophy earlier this, the match had ended in a 1-1 draw. But the overall head-to-head record belongs to the Netherlands. In the 105 games played between the two sides so far, India have won 33, lost 48 while the rest ended in draws.

However, the two sides have shared the spoils since 2013. India and Netherlands have faced each other nine times since 2013, winning four apiece while one game finished in a draw.

The India-Netherlands duel is expected to be a fast-paced, attacking encounter with both the teams heavily relying on their goal-scoring abilities to come out winners.

In the likes of captain Billy Bakker, Seve van Ass, Jeroen Hertzberger, Mirco Pruijser, Robbert Kemperman, Thiery Brinkman, the Dutch have got plenty of experience in the midfield and its strike force. It will be a real test for the Indian defence on Thursday.

The Indians too would be relying on their strikers – Mandeep Singh, Simranjeet Singh, Lalit Upadhyay and Akashdeep Singh – to continue their good work.

Chasing an unprecedented hat-trick of titles, holders Australia beat surprised quarter-finalist France 3-0 in the second match of the day with at the Kalinga Stadium.

In the second match, England staged a superb come back to make their third successive semi-final appearance. In a thrilling quarter-final match which witnessed three goals in four minutes in the last quarter, England beat Argentina 3-2.

After Gonzalo Peillat scored first of his two goals to give Olympic champions Argentina the lead in the 17th minute. But England equalised through a Barry Middleton (27th minute), then took a 2-1 lead four minutes later with another field goal, this time from Will Calnan (45th).

The winner of India-Netherlands will face Australia in the second final, while England face the winner of Germany-Belgium quarter-final match. Both the semis will be played on Saturday.