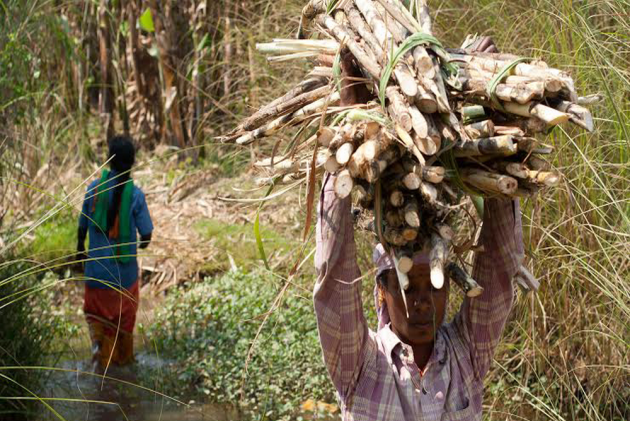 Concerned over mounting cane arrears of more than Rs 22,000 crore, the government is likely to announce a bailout package of over Rs 7,000 crore to ensure cash-starved mills clear dues to farmers at the earliest, sources said.

A decision in this regard is expected to be taken in the meeting of the Cabinet Committee on Economic Affairs (CCEA) scheduled tomorrow, the sources added.

Sugar mills are unable to make payments to cane growers as their financial health has worsened due to a sharp fall in sugar prices after a record production of 31.6 million tonne (MT) so far in the 2017-18 season (October-September).

According to sources, the government has worked out a slew of measures to ensure farmers' dues are cleared by mills. "A bailout package of Rs 7,000 crore has been proposed," they added.

The Food Ministry has proposed creation of a buffer stock of 3 million tonnes of sugar. The carrying cost of the sweetener would be borne by the government which is estimated to cost the exchequer around Rs 1,300 crore, they said.

Besides setting up of the buffer stock, the food ministry has proposed fixing minimum ex-mill sale price at around Rs 30 per kg, reintroducing the monthly release mechanism and imposing stock limits on mills by fixing quota for each mill.

To help beleaguered sugar industry, the petroleum ministry has proposed interest subsidy of 6 per cent on Rs 4,500 crore to sugar mills for expansion and creation of new capacity of ethanol. The scheme provides five years time to mills for repayment of loans and a moratorium on repayment in the first year.

The interest subsidy itself would cost Rs 1,200 crore to the government, the source added.

The petroleum ministry is also looking at raising ethanol price so that mills make payment to farmers at the earliest.

Presently, the average ex-mill price of sugar is in the range of Rs 25.60-26.22 per kg, which is below the cost of production.

The Centre has already doubled sugar import duty to 100 per cent and scrapped export duty to check sliding domestic prices. It has also asked mills to export 2 million tonnes of sugar.