Good, Bad and Googly: How Political Leaders Are Split In Views About Pranab At RSS Event

It’s not just the political parties across the spectrum that are divided on opinions about ex-President’s Nagpur visit; even Congress leaders don’t have a uniform take on the matter 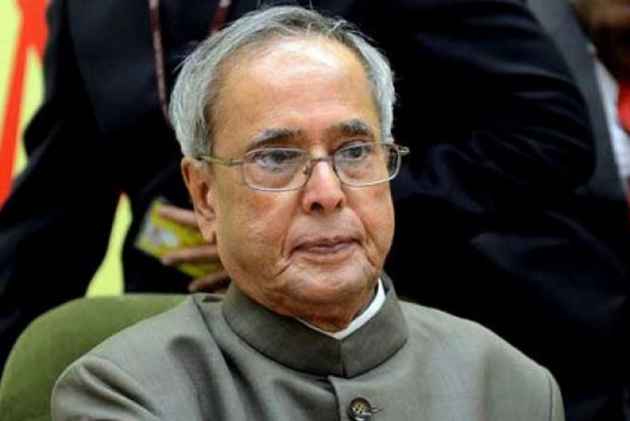 Congress veteran Ramesh Chennithala has been particularly close to his senior party colleague Pranab Mukherjee—so much so, the Kerala leader chose to mince no words when it came to expressing his indignation over the former President’s decision to attend a meeting of the Rashtriya Swayamsevak Sangh on Thursday.

In a letter to the octogenarian who occupied the Rashtrapati Bhavan for five years from July 2012, Chennithala, who is the Leader of the Opposition in his native Kerala, expressed “rude shock” over Mukherjee’s decision to attend the country’s most powerful right-wing organisation’s event at its Nagpur headquarter in Maharashtra. Chennithala’s letter, while being dictated to his stenographer, invited wonder from another staffer, who asked how the former state minister and ex-MP could go “so openly” against the 82-year-old Mukherjee so highly regarded in the party.

“At this, he went at length about his admiration for Mukherjee, but all the same said that wouldn’t stop him from writing this letter,” the staffer later told Outlook. Chennithala, 62, was, in fact, the first Congressman who urged the former President to review his decision to attend the June 7 RSS programme. “How can a Congress leader ever attend an event of the RSS, which was behind the assassination of Mahatma Gandhi?” Chennithala went on to wonder, according to the staffer. “Wouldn’t it weaken (Congress president) Rahul Gandhi’s case in court against the RSS? What message will it give to society? These are questions my boss was heard asking; he seemed genuinely concerned about the whole matter.”

Chennithala, from down south of the country, isn’t the lone Congress leader who is unpleasantly surprised over the development. In fact, the grand old party is so majorly divided over the matter that there exists confusion among the Congress rank and file over Mukherjee’s decision. Only on Wednesday, the ex-President’s daughter Sharmistha Mukherjee, who is spokesperson of the Delhi Congress, cried that the Sangh Parivar was using the dignitary’s visit to endorse their ideology.

“Hope @CitiznMukherjee now realises from todays’ incident, how BJP dirty tricks dept operates. Even RSS wouldn’t believe that u r going 2 endorse its views in ur speech. But the speech will be forgotten, visuals will remain & those will be circulated with fake statements,” she tweeted. “By going 2 Nagpur, u r giving BJP/RSS full handle 2 plant false stories, spread false rumours as 2day & making it somewhat believable. And this is just d beginning!”

In the east, Congress chiefs in Mukhjerjee’s native West Bengal and neighbouring Assam, Adhir Chowdhury and Ripun Bora respectively, did urge the ex-President not to attend the RSS event. So have senior Congress leaders P. Chidambaram (“Sir, now that you have accepted their invite, please go there and tell them what’s wrong with their ideology.”) and V. Hanumantha Rao (“In the interest of secularism”, should not attend the meeting of a “communal” organisation that is the RSS.) Former union minister Jairam Ramesh also wrote to Mukherjee, saying that his attending the RSS event (the valedictory function of the Sangh Shiksha Varg training camp) will be a negation of his entire political life.

As for others in the Opposition camp, the Left, too, is in dismay. CPI(M) general secretary Sitaram Yechury, responding to the media, said, “I don't know why he has taken this decision, I can’t answer for him. All I can say is that if such an invitation comes to me, I won’t go.” However, the party's politburo member, Prakash Karat, told Outlook that he would comment only after seeing what Mukherjee says at Nagpur.

The 1925-founded RSS, on its part, believes that Mukherjee will help clear the Sangh’s poor image. K.N Govindacharya, an ideologue of the Hindu nationalist outfit, said the RSS has had a very bad image of the RSS after the assassination of Gandhi in 1948. “It was really difficult for us to overcome those difficulties and come up to the people in a way what we actually are. Some public figures and their presence in our events were required to help people relate to us in a good way,” he said an interviewto Outlook. “We need the certificate from other political parties to help people know that the RSS does not support violence, that they are the messengers of ‘peace’.”

Many in the BJP are, predictably, happy. Union Minister Nitin Gadkari, a senior leader of the ruling party, hailed Mukherjee's decision to attend the event. Reason: the RSS is an outfit of “nationalists”— not of Pakistan’s ISI agency—and that it is anyway unwise to maintain “any kind of political untouchability”. Overall, it’s a “good start”, said the Nagpur-born leader, 61.

While many in the Congress and in the Opposition camp see Mukherjee’s very presence at the RSS event as an adverse message, several others are still waiting to watch the drama unfolding. Given Mukherjee’s strong views against communal politics during his Raisina Hill days, they believe that the ex-President might actually use the platform to reiterate his position.

“Mukherjee is a secular person. He will always put forth a secular view which he will do there (at the RSS event) as well,” according to Congress leader Sushilkumar Shinde. “He is a very good thinker, and his going there and speaking on that platform is very important.”

Academics and commentators are also divided on the matter. Some believe it is time the liberals and other political parties engaged with the RSS. While, some others see that a talk doesn’t really matter for the RSS. “Did dialogue really matter to RSS,” asks historian Irfan Habit. “They claim Gandhi, Sardar Patel, Rajendra Prasad, Zakir Husain and even Indira Gandhi joined them on some such occasions. Nothing changed, they remain committed to the paranoid vision of India laid down in 1925.”

Political observer Aakar Patel had written in a recent column that Mukherjee could communicate one thing to the RSS:  that “there are many great things in our culture that are ignored if not spat on, though they are unique and empowering, like Hindu flexibility.”

On his part, Mukherjee has said (as  he was quoted as saying by Bengali newspaper Anandabazar Patrika.): "Whatever I have to say, I will say in Nagpur. I have received several letters, requests and phone calls, but I haven't responded to anyone yet."