There was less at stake the last time the teams last went head-to-head at the World Cup, a 4-2 victory for France in the third-place match in 1986. That was the last competitive match between the two countries but there have been eight international friendlies since. 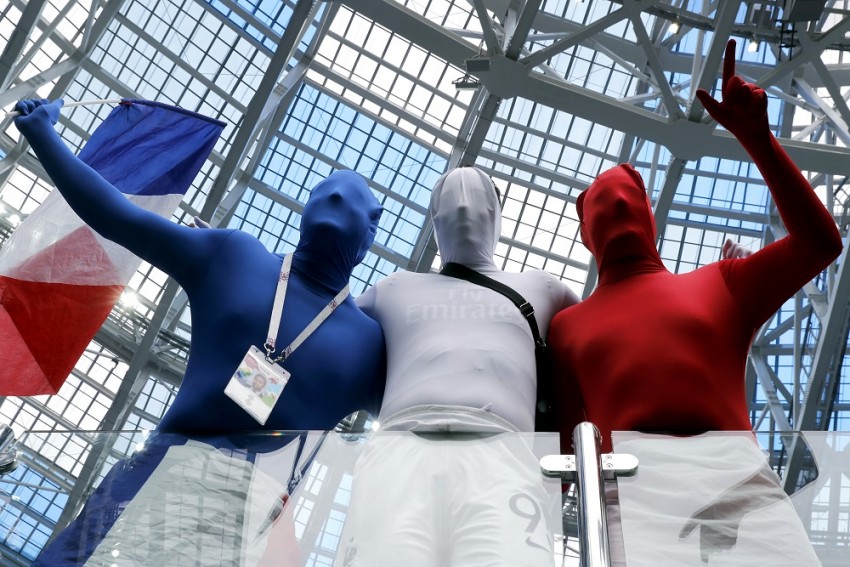 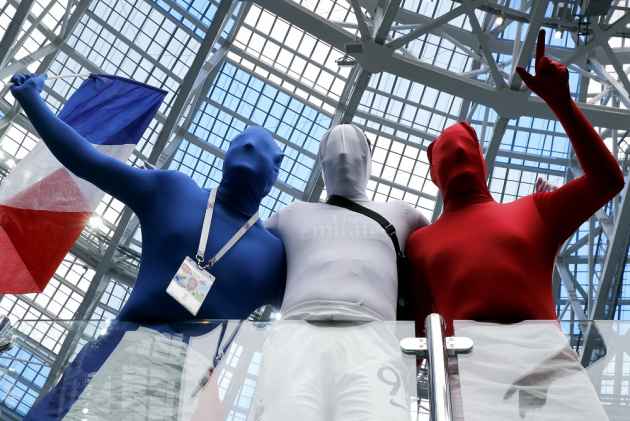 Considering the attacking strength of France and Belgium, there's potential for a goal-fest when the European neighbors meet in the World Cup semifinals.

There was less at stake the last time the teams last went head-to-head at the World Cup, a 4-2 victory for France in the third-place match in 1986. That was the last competitive match between the two countries but there have been eight international friendlies since.

Belgium won two of those, including the last one: an exhibition three years ago at Stade de France when the Belgians took a three-goal lead five minutes into the second half and held on to win 4-3.

With the second-youngest roster at the World Cup, France has shown no fear and advanced to its first World Cup semifinal since 2006 led by 19-year-old forward Kylian Mbappe and a pair of inexperienced attacking fullbacks in Benjamin Pavard and Lucas Hernandez.

"We're not scared of anyone, we've been confident from the start and we're not asking any questions of ourselves." Coach Didier Deschamps, who was captain when France won the 1998 World Cup and the 2000 European Championship, has instilled a steely mentality. "He motivates the troops with strong words," Pavard said.

Deschamps made bold decisions to start Pavard on the right and Lucas Hernandez on the left. The pair, both 22, have only 20 international appearances between them but are playing with good composure.

In Belgium, there were doubts about Roberto Martinez's ability to transfer the country's individual talent into a collective force. Fans welcomed his arrival in August 2016 with lukewarm enthusiasm because he'd only recently been fired by Everton in the Premier League.

His tenure began with a 2-0 home loss to Spain, but since then Belgium is unbeaten in 23 games and has scored 78 goals - being held scoreless in only one of those games. With former France striker Thierry Henry as an assistant coach, Belgium leads the scoring in Russia with 14 goals in its five World Cup matches.

"He's given the team the desire to attack," French Football Federation president Noel Le Graet said of Henry's influence on the Belgian team. "The forwards go to see him. He's held in high esteem." Martinez's tactics have stood out, too.

With Belgium trailing Japan 2-0 in the round of 16, Martinez replaced two wide players with two midfielders and they both scored.

Belgium goalkeeper Thibaut Courtois and France No. 1 Hugo Lloris could be busy. Lloris has been criticized during the past year after errors for France and Tottenham.

In France's World Cup opener against Australia, he let a long shot go past him and watched in relief as it hit the crossbar. But Lloris appeared to be at his commanding best in the quarterfinal win over Uruguay, rushing off his line to push away a low cross and later making a superb low save.

Belgium has height and heading ability in defenders Vincent Kompany and Jan Vertonghen and Marouane Fellaini.

Courtois entered the tournament as one of the top goalkeepers and has enhanced reputation with an outstanding quarterfinal performance against Brazil.

French striker Olivier Giroud thinks Lloris has the edge over Courtois, his club teammate at Chelsea.

"They're both very good on their line, but Hugo is more explosive," Giroud said. "The best is Hugo. Sorry, Thibaut."

Belgium must cope without defender Thomas Meunier, whose runs down the flank are a key part of Belgium's attack.

Meunier is suspended after tripping Brazil star Neymar and earning a second yellow card of the tournament. In Meunier's absence, Martinez may scrap his 3-5-2 formation with wingbacks, and instead switch to a back four in a more compact defense.

Star forward Eden Hazard is known for his attacking prowess, but he also is an outlet for Belgium's defense. Hazard runs at pace and cuts inside. Because of his quick feet, change of direction and exquisite close control, he is difficult to tackle and this often draws a foul.

While Giroud has yet to score at this World Cup, his ability to hold the ball up suits France's system and allows Mbappe to make runs down the right flank. It also gives Antoine Griezmann space to roam.

"I try to create gaps for my teammates," Giroud said. "It's my unselfish side." He needs one goal to move ahead of France great Zinedine Zidane. They are tied on fourth overall with 31.

Griezmann has scored two penalty kicks and set up Raphael Varane's headed goal against Uruguay. But he has not shown the form he did when he led France in scoring en route to the Euro 2016 final, when Les Bleus lost to Portugal.

Belgium struggled against Japan when defending quick and mobile players.

Andres Cunha of Uruguay was assigned to referee the match after working France's opening 2-1 win over Australia and Spain's 1-0 victory over Iran in the group stage. He awarded France a penalty kick after a video review of a tackle from behind by Joshua Risdon on Antoine Griezmann, who converted for a 1-0 lead. Cunha disallowed a goal by Iran's Saeid Ezatolahi after an assistant referee and the video assistant signaled the player was offside.