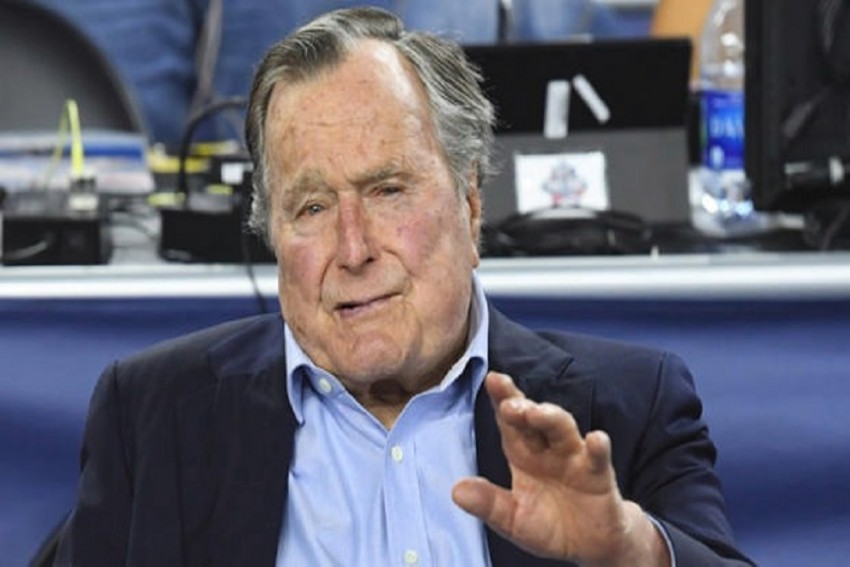 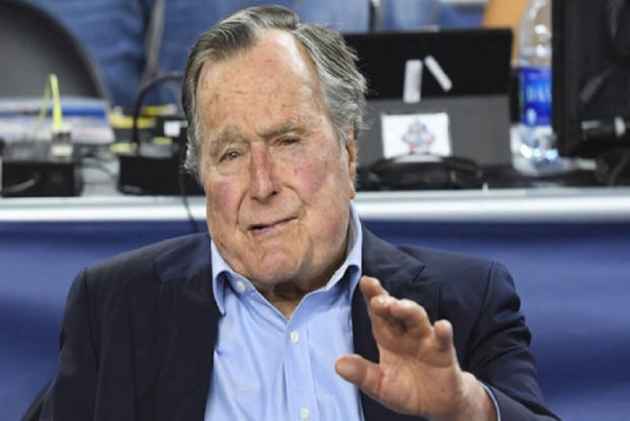 Former US President George H W Bush has apologised to an actress who accused him of groping her from his wheelchair while they posed for a photograph together at a screening four years ago.

The 34-year-old actress, Heather Lind, wrote in a now- deleted Instagram post that she was standing next to the former president when he "touched me from behind from his wheelchair with his wife Barbara Bush by his side".

She said the incident occurred four years ago at an event to promote the TV series "Turn: Washington's Spies."

Lind also alleges that Bush, 93, told her a "dirty joke".

A Bush spokesman apologised to Lind for the former president's "attempt at humour."

"President Bush would never — under any circumstance — intentionally cause anyone distress, and he most sincerely apologises if his attempt at humour offended Ms Lind," the former president's spokesman Jim McGrath said in a statement.

"President Bush has been confined to a wheelchair for roughly five years, so his arm falls on the lower waist of people with whom he takes pictures," the statement read.

"To try to put people at ease, the president routinely tells the same joke -- and on occasion, he has patted women's rears in what he intended to be a good-natured manner.

"Some have seen it as innocent; others clearly view it as inappropriate. To anyone he has offended, President Bush apologises most sincerely," the statement added.

Lind, who starred in AMC’s TURN: Washington’s Spies, wrote in the caption of her Instagram which featured a photo of former Presidents Barack Obama and Bush shaking hands in a gathering of other former presidents, that this image had "disturbed" her.

He suffers from a form of Parkinson's disease.

The incident allegedly took place during an event for the television show Turn: Washington's Spies, in which Lind is one of the main cast members.

Lind finished her post with the hashtag #metoo, which has seen widespread use by victims of sexual assault to share their experiences in the wake of the Harvey Weinstein Hollywood scandal.

"What comforts me is that I too can use my power, which isn't so different from a president really," she said.

"I am grateful for the bravery of other women who have spoken up and written about their experiences."