Mevani was referring to Patel's visit to the village on July 20, 2016, a week after four Dalit youths were stripped and thrashed by vigilantes for skinning a dead cow. 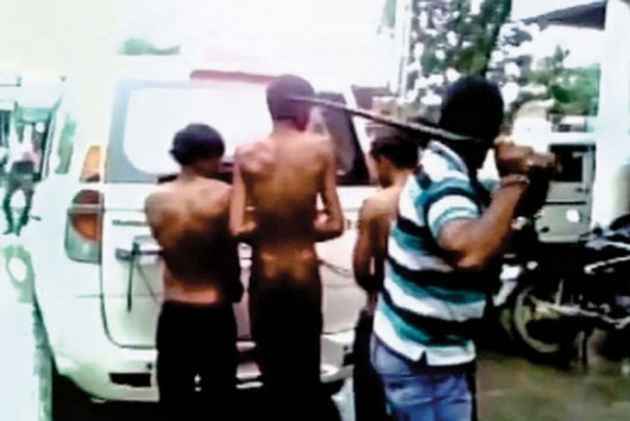 No jobs or land were promised to Dalits who were flogged publicly by cow vigilantes in Una taluka in Gir Somnath district two years ago, the Gujarat government informed the Legislative Assembly.

The reply came on a query by Independent MLA Jignesh Mevani who wanted to know if the state's former chief minister (Anandiben Patel) had announced, at the time, that a government job or five acres of land would be given to each of the victims.

He wanted to know if the government had fulfilled these promises, if at all they were officially announced by the former CM while on a visit to Mota Samadhiyala village in Una in July 2016.

Mevani was referring to Patel's visit to the village on July 20, 2016, a week after four Dalit youths were stripped and thrashed by vigilantes for skinning a dead cow.

State Social Justice and Empowerment Minister Ishwar Parmar said in his written reply that there was no question of implementing the promises as no official record existed of any such announcement.

"There is nothing on record as mentioned by you. Thus, the question of implementing the same does not arise" the minister said.

During her visit, Patel had announced that her government would give funds for the construction and repair of houses and toilets to Dalit and other poor families of the village.

She had also announced that a special camp would be held in order to provide them benefits of government schemes, such as widow pension, Maa Vatsalya Yojana, BPL card registration, medicines, education and and hostel facilities among others.