Changes in the updated EcoSport are more than just cosmetic 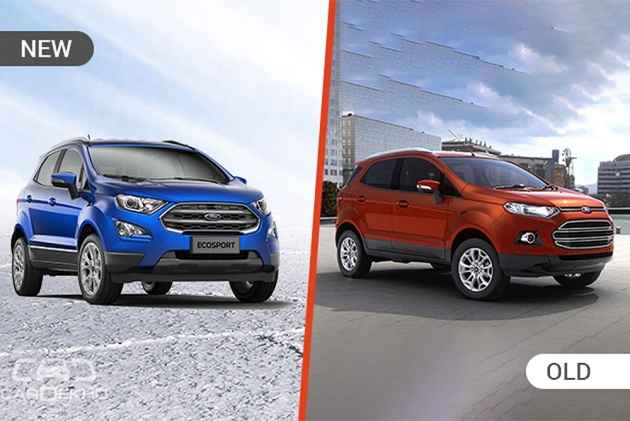 Launched in 2013, the original Ford EcoSport garnered a substantial fan-following with its chic styling, competitive pricing, and punchy performance. Over the years, the EcoSport received a few variant revisions and more features to keep its competition at bay. However, the current sub-4 metre SUV segment is way more crowded now than what it was over four years ago. Time for the Americans to fight back? Yes indeed! 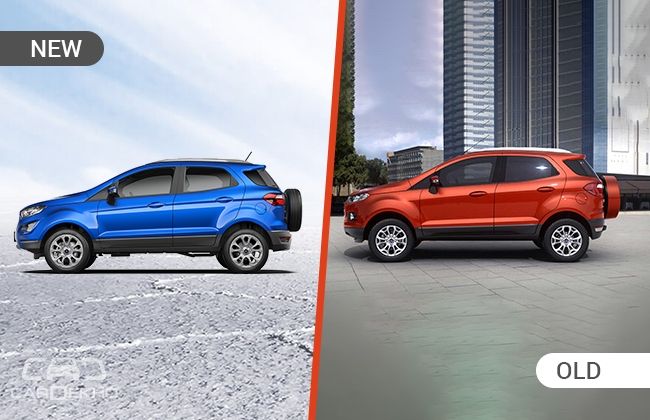 Ford has taken a good amount of time to ready a proper mid-life update for its most important product in India. The refreshed EcoSport is expected to launch on November 9, 2017, and unofficial bookings for it are also underway. But, based on what we know so far, let’s take a look at what has changed by pitting it against its predecessor. 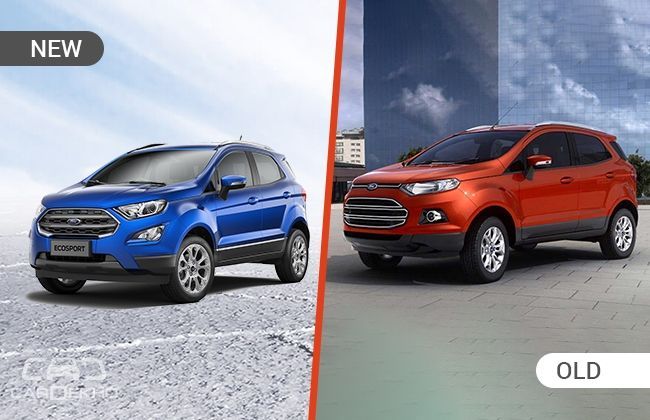 When it comes to styling, it is at the front that we find the most prominent set of changes. The tweaked front bumper now houses a restyled grille, bigger headlamps and fog lamps and a hump on the bonnet that gradually spreads in width towards the front windshield. The bonnet-mounted windscreen washers have been tucked away neatly. All these changes give the updated EcoSport a much more aggressive stance than before.

Apart from the redesigned alloy wheels, there isn’t much to notice in its side profile. A closer look would reveal that like the Platinum Edition of the outgoing EcoSport, the wheels are 17-inches in diameter. At the back, the boot-mounted spare wheel gets a different cover and the rear bumper gets minor tweaks as well. 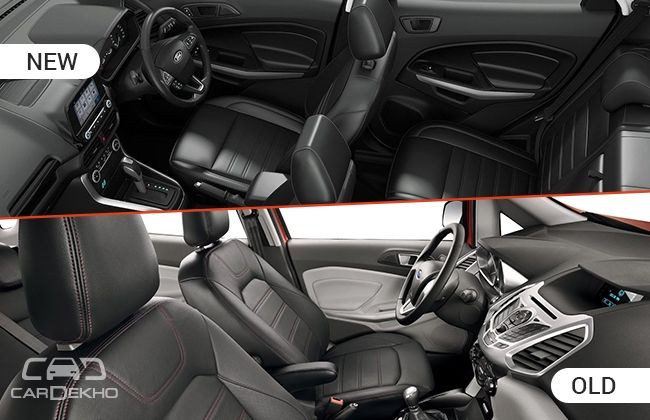 As soon as the door opens, the LED backlit scuff plates light up with the EcoSport branding. The next new thing that catches the eye is the refreshed layout of the dashboard. A bigger infotainment system sits at the top of central AC vents and the circular climate control unit has been ditched to make space for the same auto AC fascia found on the Figo siblings. The steering wheel is also new and gets more buttons to push. The instrument cluster is all new as well, with a MID housed in between the tachometer and speedometer. 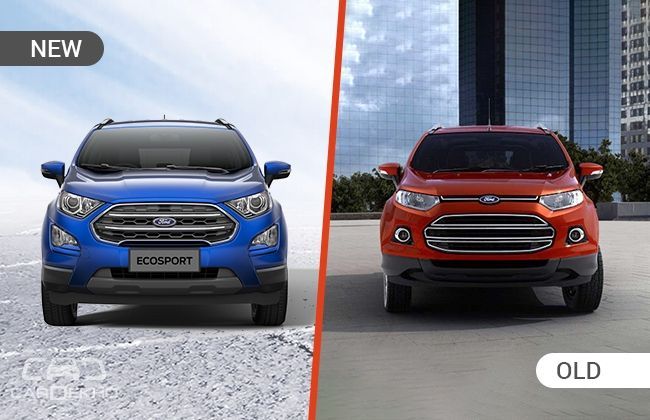 The updated EcoSport has a lot to live up to and, at the same time, shrug-off the pressure from its competitors. The updated model will be offered in five variants - Ambiente, Trend, Trend+, Titanium, and Titanium+. The Platinum Edition will be discontinued.

Making the car more feature rich is surely one of the ways to take the game to the competition. Based on the leaked information, here’s what the refreshed model gets over the outgoing one: 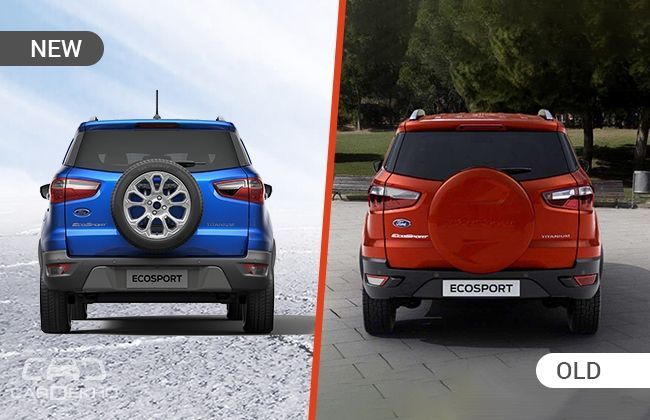 The highlight under the bonnet of the refreshed EcoSport will be the new 1.5-litre, 3-cylinder petrol engine which has been engineered by Ford in India. The company had shared details of this engine a while back and that’s when we learnt that it will produce 123PS/150Nm. This engine, we believe, will replace both the other petrol engines - the 1.0-litre EcoBoost and the 4-cylinder, 1.5-litre Ti-VCT. 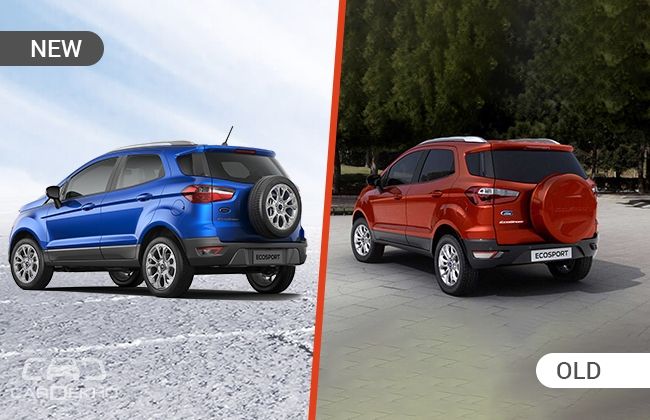 If Ford wants to regain lost ground in this segment, it will have to price the EcoSport in a manner that gives more value for money when compared to the Tata Nexon and the Maruti Suzuki Vitara Brezza.