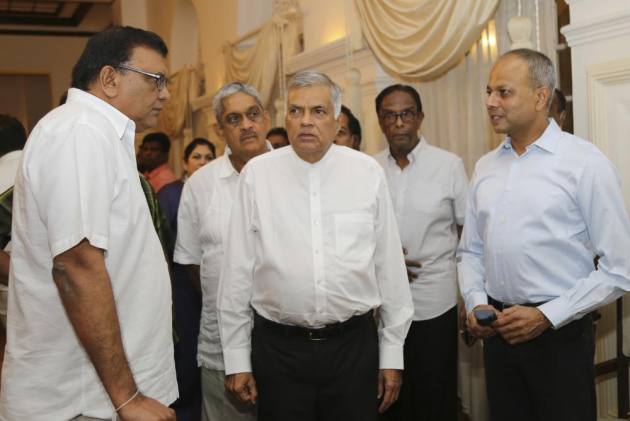 As Sri Lanka faces a constitutional crisis after its president ousted the prime minister, the United States on Friday urged political parties in the island nation  to abide by the Constitution and refrain from violence.

In its first reaction to the unfolding situation in Sri Lanka, the US State Department said it is following the development in the island nation.

"We call on all parties to act in accordance with SL's Constitution, refrain from violence, and follow due process," the State Department said in a tweet.

"We expect gov of SL to uphold its Geneva commitments to human rights, reform, accountability, justice, and reconciliation," the South and Central Asia Bureau of the State Department said.

The move that took the island nation by surprise came amid growing tensions between Sirisena and Wickremesinghe on several policy matters even as the President remained critical of the Prime Minister and his policies, especially on economy and security.

Reacting sharply to his sacking, Wickremesinghe asserted that the swearing-in of Rajapaksa is "illegal and unconstitutional" and he will prove his majority in Parliament.