In India, the snow leopards are found in Ladakh, Jammu and Kashmir, Sikkim, Uttarakhand, and Arunachal Pradesh. 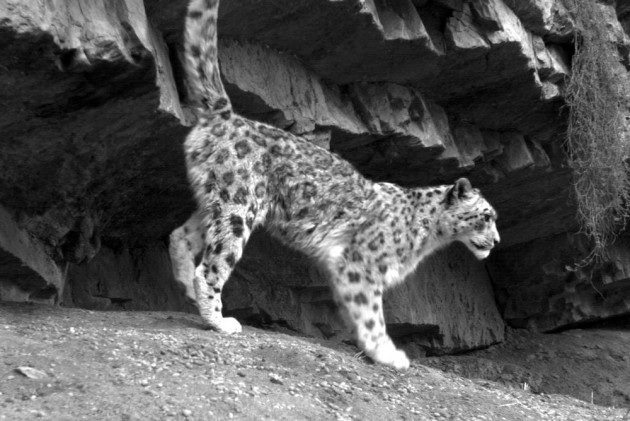 For the wildlife wing of Himachal Pradesh’s forest department, the year 2021 has come with reasons to rejoice.

In the first-ever study conducted on snow leopards which is one of the most endangered wildlife species, the state’s wildlife department and Mysore’s Nature Conservation Foundation (NCF) has estimated the population of the snow leopards in Himachal Pradesh at 73.

A Snow Leopard Conservation Centre is Coming up in Uttarakhand

In A First, Three Snow Leopards Test Positive For Covid-19

“This is the first scientific estimation of the Snow leopard population in the country, earlier figures were just guesstimates. The study states that there are up to 73 snow leopards in HP, excluding cubs. The study started in 2018 and a draft report has just been submitted”, says Archana Sharma, Principal Chief Conservator of Forests (wildlife).

The findings will set a robust baseline for future monitoring, identifying areas of high density and prey abundance. That will remain a unique feature of the study completed in three years' time, involving at least 10 local youths from Kibber, the highest village in the Spiti Valley at a height of 14,200 ft.

Kibber Wildlife Sanctuary is a hotspot of snow leopards.

Explaining methodology about the study Archana Sharma said camera traps were set up by the NCF team comprising a highly experienced scientist Dr Ajay Bijoor at 10 potential snow leopard landscapes. The area of the study was classified as 'high and low' regions but also "unknown" parts.

In all, cameras were used at a total 284 places covering all types of snow leopard habitats in the area in these three years.

“Out of the 44 snow leopards recorded directly through camera-trapping, at least 30 others were spotted in other areas, which were later made part of the analysis.  I can clearly say locals' support in the conservation of the snow leopard landscape is important. It will be made a part of the participatory Management strategy in the Spiti Wildlife Division”, said Sharma.

Areas with high prey population viz., Ibex, blue sheep have shown a high incidence of snow leopards. However, Protected Areas (PAs) where not the only areas where the wild cats were spotted, few snow leopards were also recorded outside PAs.

Dr Ajay Bijoor said, "There were a total four scientists engaged in the field study along with front line staff of the state wildlife wing and locals. For analysis, two-three other persons also worked on it. Everything was done as per protocols framed by the Government of India and thus findings are going to be of great value in the conservation and management efforts".

Divisional Forest Officer (DFO) Spiti, Hardev Negi said, “last year, during the pandemic lock down, a snow leopard killed 73 sheep in Geu area as the animal started coming to human habitats and attacked domestic animals. We trapped this particular cat and sent it to Shimla for study for some weeks. Later, it was brought back and released in the same habitat. No incidence of attack has been reported thereafter”.

In another incident, two youths -- Nawang of Kaumik village and Sushil Yangthangi of Lahaul—who were returning to Kaza from Kaumik, spotted two snow leopards near Hikkim village in February 2020. The big cats did not shy away and instead, one of these approached the vehicle to have a close encounter with the human world. A video of the same later went viral on social media.

Snow leopards are one the world’s rarest and mystical big cats with grey/green eyes, tails as long as the body, and 5-inch fur at the bottom to survive cold weather.

In India, the snow leopards are found in Ladakh, Jammu and Kashmir, Sikkim, Uttarakhand, and Arunachal Pradesh.