It is quite possible that a student of an Indian classical dance would go wrong with her lessons while refreshing them back home—alone. The result can lead fresh talents to stray into erroneous techniques, forcing them to later unlearn the steps on getting back to the guru the next weekend.

This gap involving the risk of flawed training is what exponent Ananda Shankar Jayant is trying to plug in today’s word that is busy and distracting amid increasing urbanisation. The Hyderabad-based dancer has come up with a pioneering digital application in her art of Bharatanatyam that has newer batches learning the south Indian form across the world in varied degrees of seriousness.

‘Natyarambha’ aims to enable Bharatanatyam enthusiasts continue their practice beyond the classroom, even transform the method the dance is currently taught, points out the middle-aged scholar-practitioner-teacher, who is an alumnus of the famed Kalakshetra in Chennai. “It’s least my intention to replace the guru. It is only an interactive application that will be of help to the student and teacher as well as the parents in our tech-savvy times,” says Dr Ananda, who is herself a choreographer and the artistic director of 1979-founded Shankarananda Kalkshetra based in the Telangana capital.

As for the app, it is web-based, thus not necessitating a download. “After all, you don’t expect one to hold the cellphone in one hand while dancing,” points out Ananda, who has two earlier-released dance-production DVDs to her credit. Enriched with 61 basic adavus (leg and hand gestures that eventually freeze into a body posture) in the popular Kalakshetra style of Bharatanatyam, it carries each of their videos, along with accompanying mnemonic syllables and music. 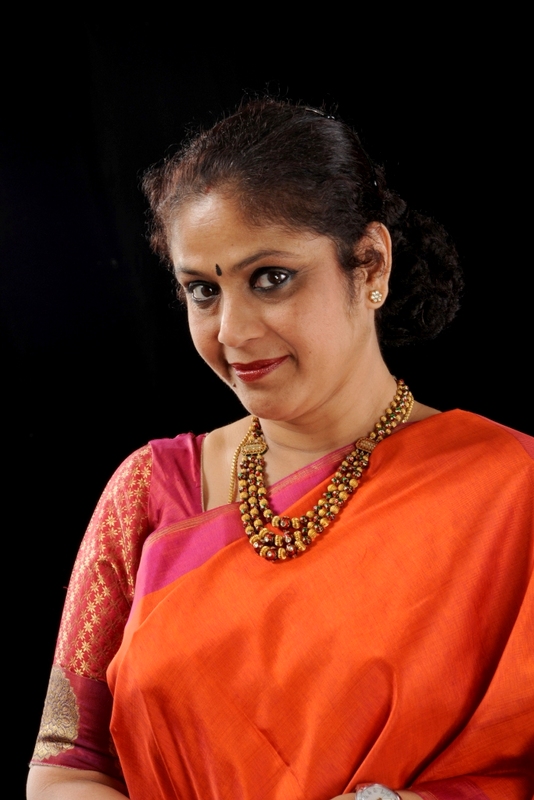 Available across various devices, the subscription-based app launched last month has received a warm response. “The videos have got over 10,000 views, while we have got 700-plus sign-ups,” points out Dr Ananda about the facility provided at Rs 2,500 a year. “One need to feel the value of the product. Hence the fee,” she adds. “It’s no place to take a peek at artistic creativity or search for new items in the repertoire.”

It was in 2012 that Dr Ananda, also a TED speaker and bureaucrat with the Railways, first thought of bringing out such a programme. “It took us a while to decide which way to progress. Mobile? Android? IOS? Finally by last year my team virtually finished the task,” she says about ‘Natyarambha’, which was launched on January 22 by dancer-activist Sonal Mansingh.

It’s Bharatanatyam dancer and teacher Sneha Magapu, who is also a senior software professional, developed ‘Natyarambha’. “We conceived it as an easy practice tool for beginners even as it has powerful practice aids for professionals with a wide range of practice routines that can also be personalised and shared,” she notes. “It is a boon for young teachers like me, stimulating for students even as it will be a ready reference for a lot of parents out there.”

“What Ananda has done is extraordinary and something that has not been thought of so far,” says Mansingh, who has mastered in both Bharatanatyam and Odissi. “I have seen that technology can have a snowballing effect in our lives and society and unless you embrace it you are left behind. I would urge her to extend it to Odissi, Kathak, Mohiniyattam and others,” she adds.

Nasscom ex-president B.V.R Reddy, who was a guest at the launch of the app, notes the project intersects technology with tradition. “It’s a commendable effort to bring dance to our doorstep and make it possible to learn anywhere and everywhere. In the future, it would be possible to utilise virtual and augmented reality techniques to bring the teacher to the doorstep, physically.”