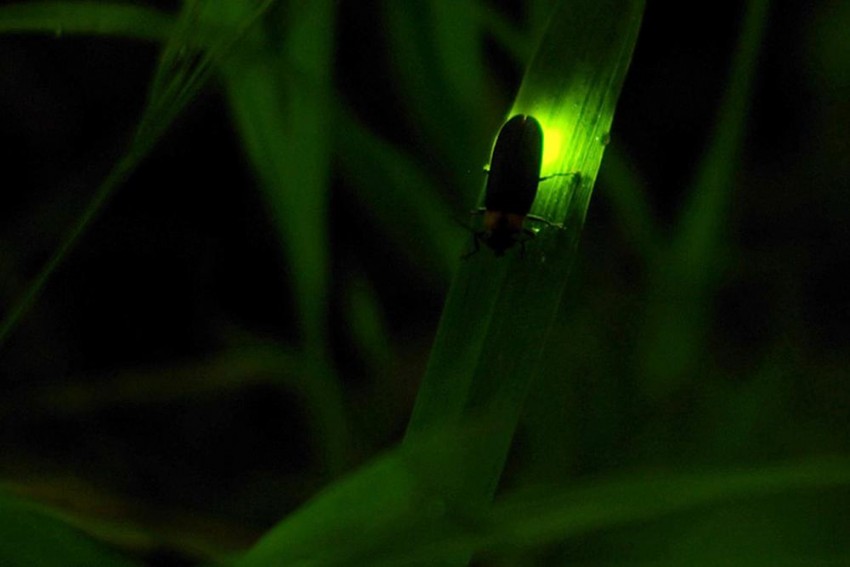 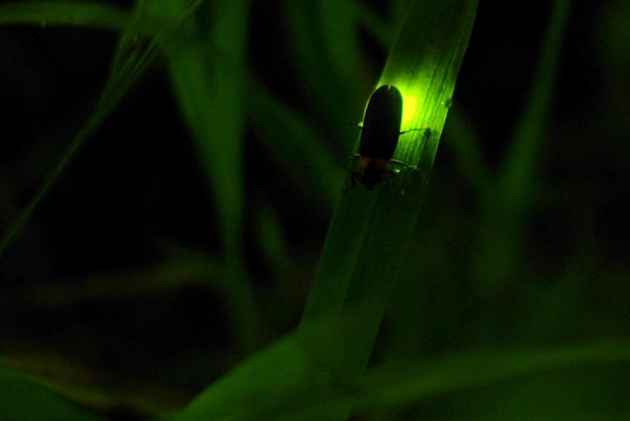 Fireflies are known for the light they emit during nights. A new study has analyzed the light emitted from fireflies and found a certain portion of it to be similar to laser beams.

A laser light is different from an ordinary light. It is usually single-coloured and is emitted in the form of a narrow beam that can be focused to very tiny spots. This way a laser beam shines very brightly and is capable of intense heat if targeted on a small area. Laser beams can also be used to measure distances.

The study led by Dr. Anurup Gohain Barua from Department of Physics, Gauhati University, analyzed the light emitted from fireflies. It was found that though the light from fireflies usually falls between the range of 490 and 680 nanometers (between green and red), the emissions have a tendency for being within the narrow yellow sector of the spectrum. This feature is similar to single-colour property of most laser beams. Like visible lasers, the light from fireflies does not have any infrared or ultraviolet frequencies. Both lasers and fireflies emit a light that is highly directional, which means it does not diverge or spread much and goes as a narrow bright beam.

Data was collected using Michelson interferometer and Young’s double-slit experiment. The results of the study have been published in journal Current Science.

It is known that light from fireflies is primarily used for attracting mates or prey, like a signal to communicate with other fireflies. “An efficient laser system could be constructed in the model of the firefly light-emitting system. In firefly biology, the yellow could possibly be the real-coded signal. In future, this should even be extended to other bioluminescent systems in the world,” said Dr. Barua.