Trump announced Friday night that the three allies had launched military strikes to punish Syrian President Bashar Assad for the alleged chemical weapons use and to prevent him from doing it again. 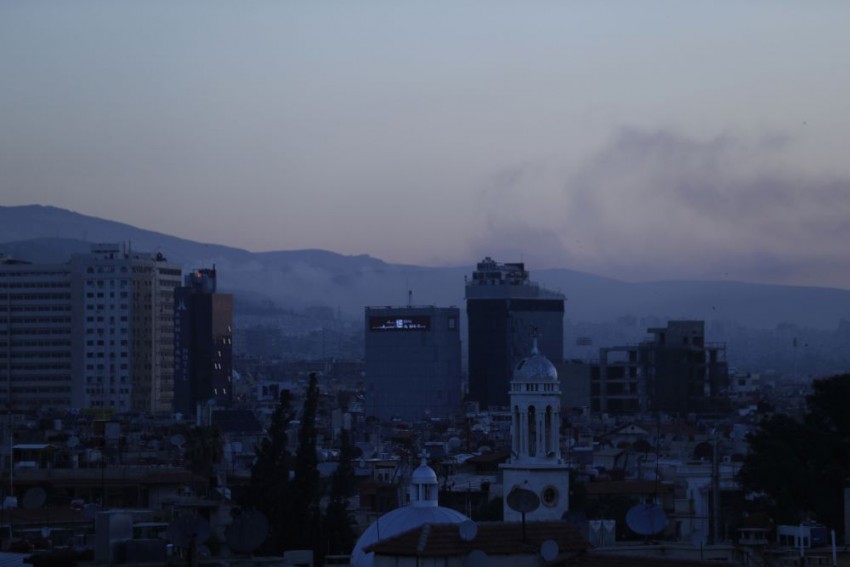 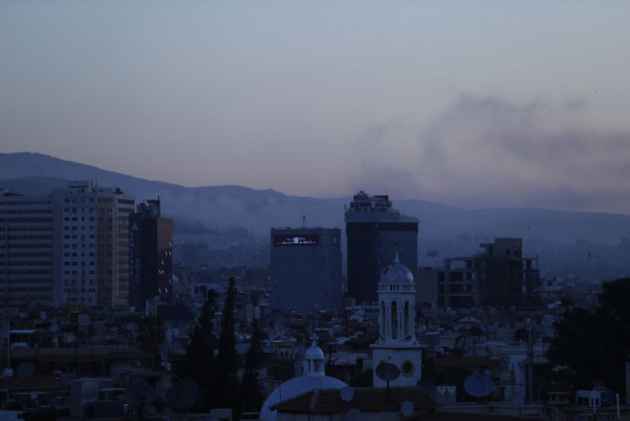 Loud explosions rocked Syria's capital and filled the sky with heavy smoke early today after US President Donald Trump announced airstrikes in retaliation for the country's alleged use of chemical weapons. Syrian air defences responded to the joint strikes by the United States, France and Britain.

Associated Press reporters saw smoke rising from east Damascus and the sky turned orange. A huge fire could be seen from a distance to the east. Syrian television reported that a scientific research centre had been hit and that Syrian air defences had hit 13 incoming rockets south of Damascus.

After the attack ceased and the early morning skies went dark once more, vehicles with loudspeakers roamed the streets of Damascus blaring nationalist songs.

"Good souls will not be humiliated," Syria's presidency tweeted after airstrikes began.

Syrian state TV called the attacks a "blatant violation of international law and shows contempt for international legitimacy." Trump announced Friday night that the three allies had launched military strikes to punish Syrian President Bashar Assad for the alleged chemical weapons use and to prevent him from doing it again.

The US president said Washington is prepared to "sustain" pressure on Assad until he ends what the president called a criminal pattern of killing his own people with internationally banned chemical weapons. It was not immediately clear whether Trump meant the allied military operation would extend beyond an initial nighttime round of missile strikes.

The Syrian government has repeatedly denied any use of banned weapons.

US Defence Secretary James Mattis said there were no reports of US losses during the initial airstrikes.

"Right now this is a one-time shot," he said but did not rule out further attacks. He said the airstrikes were launched against several sites that helped provide Assad's ability to create chemical weapons.

Britain's defence ministry said that while the effectiveness of the strike is still being analysed, "initial indications are that the precision of the Storm Shadow weapons and meticulous target planning have resulted in a successful attack." British Prime Minister Theresa May describes the attack as neither "about intervening in a civil war" nor "about regime change" but a limited and targeted strike that "does not further escalate tensions in the region" and does everything possible to prevent civilian casualties.

"We would have preferred an alternative path. But on this occasion there is none," May said.

The decision to strike, after days of deliberations, marked Trump's second order to attack Syria; he authorised a barrage of Tomahawk cruise missiles to hit a single Syrian airfield in April 2017 in retaliation for Assad's use of sarin gas against civilians.

Trump chastised Syria's two main allies, Russia and Iran, for their roles in supporting "murderous dictators," and noted that Russian President Vladimir Putin had guaranteed a 2013 international agreement for Assad to get rid of all of his chemical weapons. He called on Moscow to change course and join the West in seeking a more responsible regime in Damascus.