Ever since reports suggesting that Saif Ali Khan and Kareena Kapoor Khan have named their second child Jehangir came out, social media was abuzz, with many joking about the fact that the couple probably kept the name deliberately. 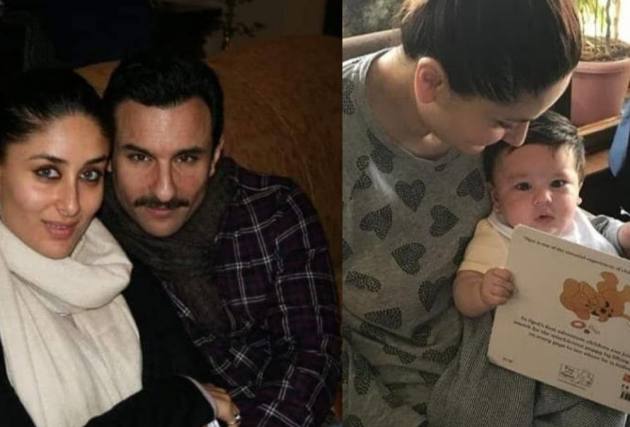 Social media has been divided since Monday night, when it was revealed that actors Kareena Kapoor Khan and her husband Saif Ali Khan have named their second son, Jehangir. According to a report in Times Now, Kapoor had mentioned her second son’s name in the caption of one of the photos in her recently released book, ‘Kareena Kapoor Khan’s Pregnancy Bible: The Ultimate Manual for Moms-To-Be’.

While neither have confirmed the name, in the book, Kareena lovingly refers to her second as ‘Jeh’.

Ever since news regarding the child’s name was out on Monday night, Indian users on social media have been divided in their reactions. Some, not only congratulated the couple on naming their second baby, but also joked that the reason behind naming their son Jehangir, was to upset those, who were probably also irked when the couple had named their first child Taimur.

Saif and Kareena have trolled Sanghis the best.

Meanwhile, on Monday Kapoor along with filmmaker Karan Johar launched her audio book, ‘Pregnancy Bible’ on Instagram. During the conversation, Kapoor opened up about her second pregnancy, and how she felt it was lot “tougher” than her first pregnancy.

“There was a lot of mental distress. My body had stretched. My feet felt like a 100kg. This was a difficult pregnancy as compared to Taimur's. Taimur's was a breeze, which actually gave me the courage for my second pregnancy. The second time when I delivered I was worried I was going to a hospital. It was the peak of Covid, it was overwhelming to even carry him out of the hospital," Kareena said," she recalled.