Anthologies are like small boxes full of surprises under a big box and as audiences we just need to keep opening each of them. Outlook finds out from filmmakers as to why anthologies are better suited on OTT platforms. 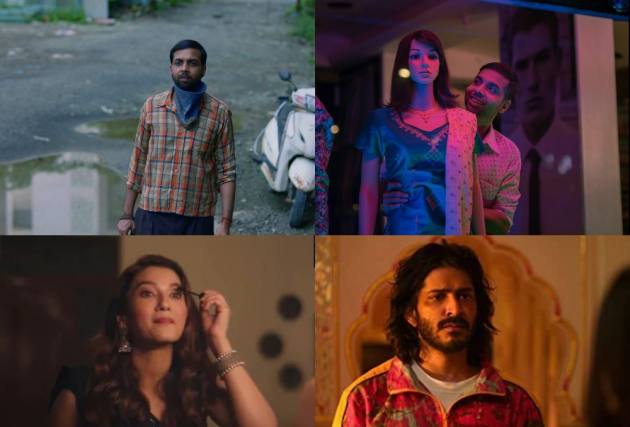 Anthologies were always there, but the appetite for it has increased in the last few years. The main reason for the popularity is that you get variety and you get a chance to compare it well with the other films. They are easy watchers and each film is unique. The story telling is sharp as they have to keep the audience hooked on to the screen for thirty to forty minutes and send across a message in a short time. From ‘Lust Stories’ to ‘Unpaused’ to ‘Ray’ to ‘Kaali Peeli Tales’ to ‘Ajeeb Daastan’ there is a huge list of anthologies which were released in the last few years and most of it during the pandemic.

What are anthologies? They are like small boxes full of surprises under a big box and as audiences we just need to keep opening each of them. Unlike just one short film they are a collection of short films which falls under an umbrella of common content and they are edited together into a feature length movie. Like for instance ‘Kaali Peeli Tales’ by filmmaker Adeeb Rais, explores love, marriage, infidelity, homosexuality, forgiveness, divorce, waiting for acceptance, meaning in relationships, and existential anxieties in a deeply urban Mumbai setting. Rich in symbolism, each tale meanders in a light-hearted way and ends in a kaali peeli cab. The stories in the anthology traces the lives of the people living in Mumbai and waiting to find acceptance, love and meaning in relationships.

Adeeb Rais says that the reason he enjoys working on a shorter format is that as a filmmaker he gets to explore a story within a certain amount of time and anthologies work well on OTT platforms.  He explains, “When I started this project a few years ago, anthologies were not trending the way it is now. I am an independent filmmaker and I didn’t have the resources to make a feature film. So, it was really one step at a time. We first did one film, then another one and then things fell into place.”

Anthologies are getting much traction on over-the-top (OTT) platforms since the pandemic forced humanity indoors, and changed the way they watch a movie or series. Lately there have been a lot of anthologies on OTT, but do anthologies really work well with the audience? Soni Razdan, who is starring in a story with Vinay Pathak as her co-actor in the short film of the anthology ‘Harra Bharra’ says, “People’s taste for content has changed. I think it is very attractive to go for an anthology for the simple reason that each film is short and each time you see some other film it is going to be different. That is the most attractive part of it. When an anthology comes up, I am the first person to watch it.”

Richa Chadha was seen in an anthology during the pandemic called ‘Unpaused’. It was written keeping in mind the current situation and it was about what all was happening around us. She says, “Being an anthology there are five different shots with five different directors. I am in one of them called ‘Apartment’. It is very thematically connected and all the five stories are unique.”

Chadha adds, “My role in the “Apartment” which is a short film in ‘Unpaused’ is a story about a woman who is practically on the verge of having a breakdown when her husband was accused of sexual harassment.” She feels that anthologies have become popular because they have shorter stories to tell though they are not as short as short films and unlike short films it connects with the other stories.

Film maker Abhishek Chaubey first did the ‘Ray ‘anthology on Netflix which is a tribute to the master filmmaker Satyajit Ray. Recently he directed one of the short films of Netflix’s 'Ankahi Kahaniya' as well. The anthology also has directors Ashwiny Iyer Tiwari and Saket Chaudhary and it chronicles ‘unheard and untold tales of love and longing.

Abhishek Chaubey’s shorts in the anthology ‘Ankahi Kahaniya’ is based on the Kannada story Madhyantara by Jayant Kaikini.  In his film he tries to capture young love in the city of Mumbai in the 80s when we used to have single screen theatres.

Talking on his love for anthologies and why it works well on OTT, Chaubey says, “We all love reading novels, but there are times when we like to read a collection of short films, an anthology is just like that. As a filmmaker, I feel it’s craft, aesthetics, messaging, and style is different from making a film. It’s got a different level of charm and fun. It has a different contribution to the audience because content wise, we get to see different types of stories. OTT platforms have a huge contribution in this because they are allowing the audience to see a different kind of storytelling.”

Anthologies don’t work on theatrical releases and they don’t fit into mainstream Indian entertainment content. The best platform for anthologies is OTT. It used to work when film festivals happened, but streaming platforms have definitely given a new lease of life to anthologies. Every format brings new challenges, but Chaubey feels that with anthologies writing shorts for anthologies is complicated, but shooting is relatively easy and less time consuming as you can make the film in seven to eight days!