The Importance Of Being Lucky

Not many of you would know, but Lucky’s most famous song ‘O Sanam’ happened by chance. 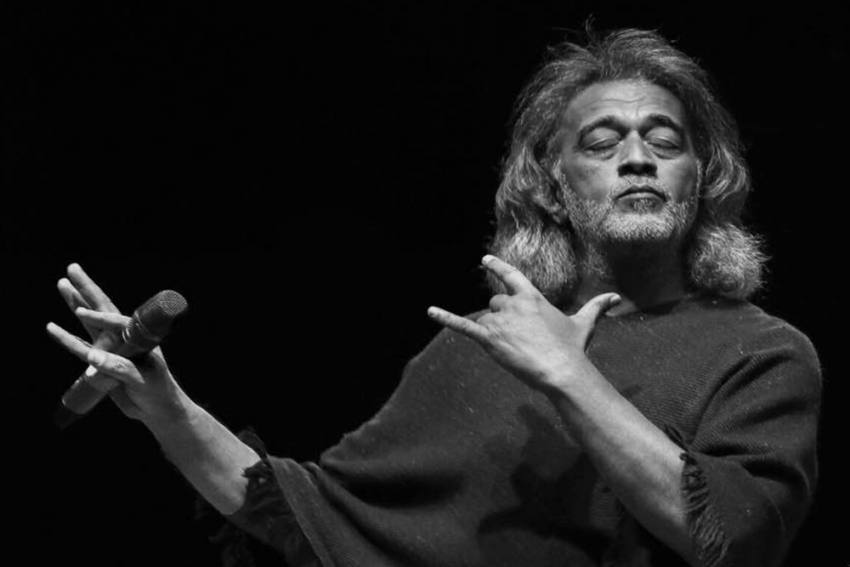 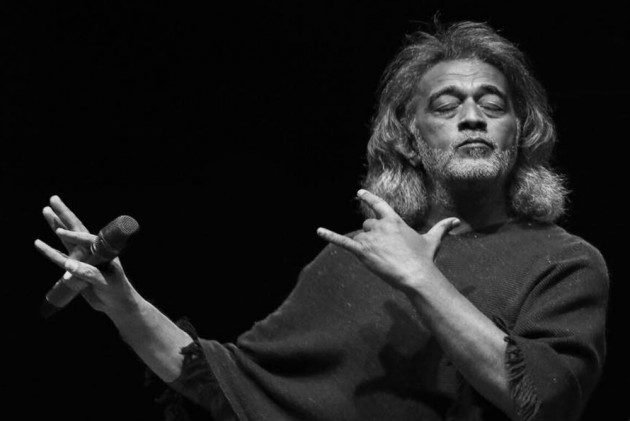 It’s not easy to get in touch with this man, mostly because he lives away from the hustle-bustle of city life, on a farm in Bengaluru. However, when we finally did manage to reach out to Lucky Ali (Maqsood Mehmood Ali) via his Instagram handle, he was quick to reply.

There are no starry tantrums, no fussy requests. Completely humble and unassuming to a fault, you may not even realize that you’re talking to a big star. In a voice that has won several hearts, he says “Hi, I am Lucky. How are you?” introducing himself. That helped set the tone for the rest of the interview.

“Congratulations for your recent video – ‘O Sanam’ (originally released in 1996) that is making rounds on social media and is being appreciated by everyone,” I started with the obvious.

“I am not sure who posted the video. My son told me that it’s being widely shared on the internet and I am glad to know that. It feels good to spread positivity in any way possible.”

Not many of you would know, but Lucky’s most famous song ‘O Sanam’ happened by chance. He tells us, “I was doing an interview for an Abu Dhabi-based company and they asked me to sing and I had my guitar next to me and decided to sing this song. They filmed it and released it. I wrote ‘O Sanam’ 25 years ago… Nothing was planned, I was focussing on the interview and wanted to finish it quickly.”

Lucky has a thing about him and can make any dull scene better. I say that with experience. He made the entire conversation interesting and gave us a detailed insight into his farm life, songs, recent video on social media, his family, and much more.

After 2011, we didn’t get to see much of him, but Lucky believes this has helped him to be exclusive and we couldn’t agree more. “The right opportunity kept me away, the right mix of things didn’t happen for me. The music companies want your music to run their business, however, we as artists are worried about reaching out to every single individual through our craft. It is unrealistic for me to get `promoted by these music labels – I like things to happen organically and it has favoured me so far.” His voice rises as he insists that “I have never sold anything in my life,” when asked if he would ever sell his song to big music labels. 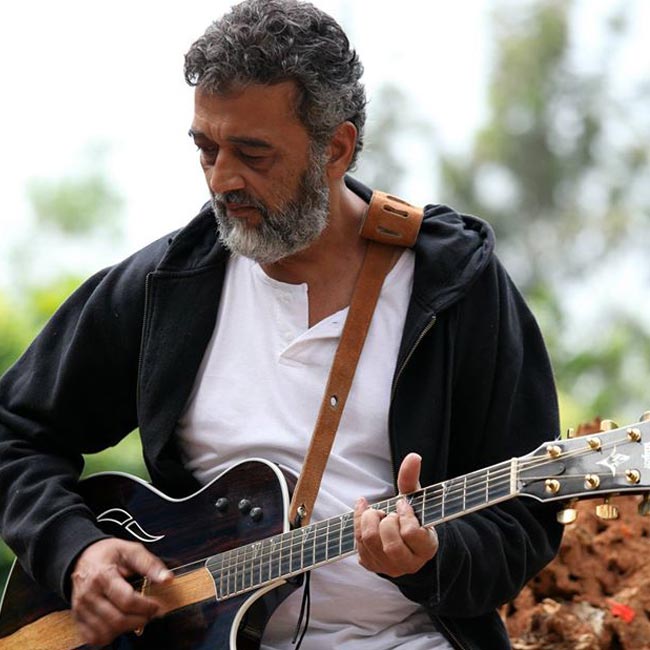 “The only time I earn money is when I am on the stage, my sweat falls on the ground and I am entertaining people,” he says, insisting that he has not got even a penny as royalty for his songs. “People have been remixing my songs – Royalty is my right, however, it’s a useless endeavour to go behind something that people don’t want to give you.  I feel that God has given me so much already that I’ve never really cared about all these things. They owe me money but it looks cheap to ask for what is mine if they have no intentions of paying me for my hard work,” he says.

Son of Mehmood, an actor, director, a singer, a producer, best known for playing comic roles in Hindi films. Lucky says, “My father introduced so many in the Hindi film industry – Amitabh Bachchan, Rahul Dev Burman, Rajesh Roshan, Sanjeev Kumar, and many others. So, I don’t understand Bollywood, but what I understood was the Hindi Film industry.”

He explains, “Hindi film industry is like a home, but Bollywood is not. My music is not Bollywood, my music is ‘ME’. I do not see myself as a part of Bollywood, but of an era that has gone with my father. I see it as an honour to have worked with Shyam Babu (Shyam Benegal), he believed in educating people, inculcating thought process and that is my kind of music. Talking about various issues and addressing them with a solution is important.”

Despite being a second-generation entertainer, Lucky is quite open about whether his kids too should be a part of Bollywood. “I would not interfere in their decisions, they have the right to choose their career. As a father, I have done what I had to do to secure their life. They are old enough and can make their own decisions.”

A doting father to five children, Lucky feels blessed to be around them. “People would often compare me with my father and his achievements – they expected Mehmood’s son to be a comedian, an actor, or a director. I don’t want this for my kids. All five of them are talented in their own way – they are doing things that I would have never thought of doing.”

Getting his father’s approval to what he was doing was a blessing for Lucky, he adds, “My father was also a quiet singer and that aspect fascinated me. We wrote a couple of songs together and I followed my passion and seeing that he was happy.”

Ask him his source of inspiration, his muse, and his response is: "Allah."  Elaborating on his creative process. “When I am aware, I am perceptive and in that case, I write or sing. I don’t wait for the right moment, it just happens. Whenever I plan – I fail.”

For Lucky, ‘O Sanam’ is not just a song, but a “search”. “Everybody has a Sanam – if you wear a Topi (Muslim) or wear a Rudraksha Mala (Hindu). It’s a song of search, there are so many layers to it just like our life. It flows here, spills over there… just like life.”

Lucky reveals that soon he’ll be coming out with some new songs that he is working on. "I have not released many of my songs, this new song is special and close to my heart. When you’ll hear it, you’ll find your own meaning…” 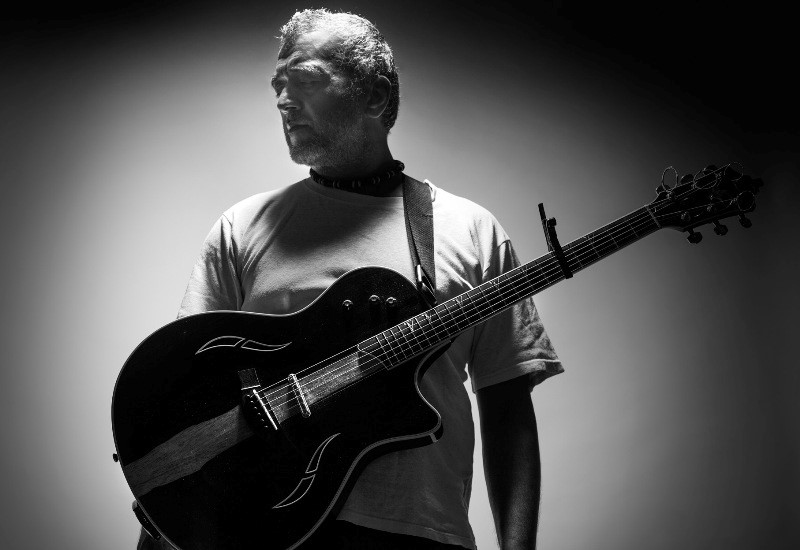 “I grew up listening to Rafi Sahab, RD Burman, Kishore Da, Lata Bai, Asha,” he notes, saying he admired the honesty they put into their music.

“How's lockdown has been treating you?” I ask.  “Let’s put it as how I treated the lockdown, and not how lockdown treated me,” he responds with a chuckle.

He adds, “I have always lived my life in a lockdown, away from city life and crowd. The only exposure with people I had was when I would go to Mumbai for my holidays from my hostel in Missouri, and initial years of career. For me finding peace is everything.”

So what does a day in the life of Lucky look like, when's not working, that is?  “I irritate my entire family – I piss them off. I knit nit-pick a lot, maybe. I am a perfectionist, but they are also the same. For me, going through the disciplines (Quran) of life that made me what I am today gives me immense peace. This helps me in connecting to my music more and letting out all my confusions in life.” 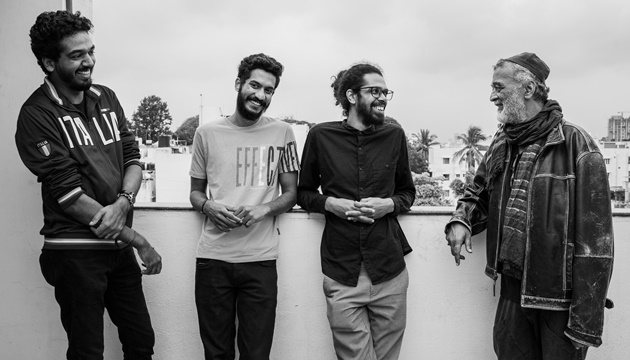 True to his craft, the singer believes that one needs to sit and contemplate and then take decisions. “You need to understand what went wrong and then fix things,” he says, when asked how he keeps himself sorted and happy.

And finally, here's some good news for his fans: “I’ll be putting out at least a video or a song every month from my collection for people,” says Lucky as he signs off.

Saying It With Music