Shah Rukh Khan and Gauri Khan are celebrating their 28th wedding anniversary today, and so, SRK shared an adorable photo of the two. 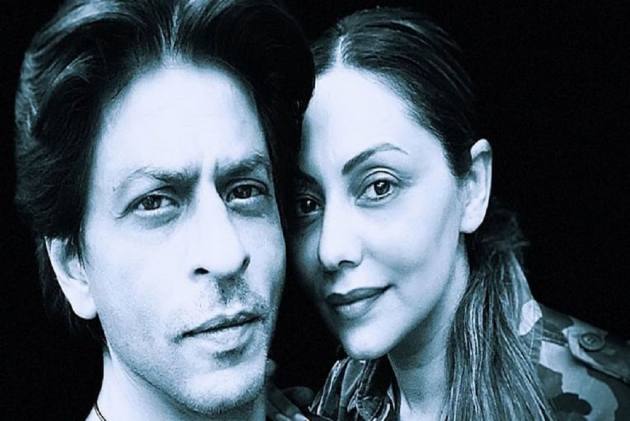 Shah Rukh Khan and Gauri Khan got married on October 25, 1991, and ever since, the two have been the definition of what forever looks like. They have three kids from their marriage, namely - Suhana Khan, Ayan Khan, and of course, their little munchkin AbRam Khan. The 5 of them make for a happy family, and we often see them spending quality time with each other, making sure they are around enough.

Today, as the two complete 28 years together, Shah Rukh decided to share an adorable photo of the two, with an all the more adorable caption. He shared a monochrome picture of himself with Gauri, and wrote, "Feels like forever, seems like yesterday....Nearly three Decades and Dearly three kids old. Beyond all fairy tales I tell, I believe this one, I have got as beautiful as beautiful can be!

Meanwhile, Shah Rukh has been spending time with his family, and recently, they were headed out for a family getaway and were snapped together. On the work front, he was last seen in Zero, and is yet to make an official announcement about his next film, which fans are hoping shall happen soon, sometime on or around his birthday.