When they go, the irreplaceable ones, what a deep sense of loss comes over. There can never be another like him. He represented an age, an era. 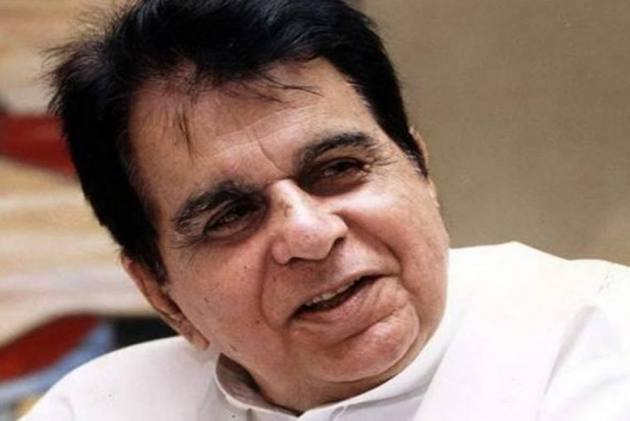 Everyone would have their favourite movie to remember him by. For me it is Mughal-e-Azam. A film I loved long before I had any thoughts of working in films. I must have seen it several times. On the big screen once. Some characters are so strongly portrayed that the part and the actor become one. Salim will always be Dilip Saab. The greatest quality as an actor, and to my mind the most irreplaceable, would be his Urdu diction. Find me an actor, or a person, who spoke the language with such flawless diction and charm. Then the grace, of his expressions and movements.  His fellow actors did not consider his actions to be acting, as Nimmi is reported to have said.

He was much too understated according to them. But then on the screen, it dawned that this was the way to act when you are acting in films.

That he correctly understood film acting shows he was ahead of the time in intuitively having that sophisticated understanding. Mughal-e-Azam as a movie remains a great film in every respect. I see it as the equal of any great Shakespearean play, or Greek tragedy. Its appeal is not as a legend of the Mughals, just as Greek tragedy is not about the ruling families of Thebes alone. Its appeal is universal, as the story of a rebellious son, standing up to a mighty father.

The Original Perfectionist, Dilip Kumar Can Be Compared Only To Himself

And an equally rebellious woman, who can dare to look in the eye of the same mighty father and declare her love for the son. This was what audiences connected with, and then it was gloriously filmed. It was K Asif’s most ambitious project and took ten years to complete. It went way over budget and was financed by Shapoorji Mistry (of Shapoorji Pallonji Group, now known, as then, chiefly for their construction business). I may have seen it a few times on its re-release, but I met some elders in Lucknow who had seen it dozens of times when it was released originally. They said they were addicted to it and had to go every week it was there to watch it. K Asif did not again make even a remotely comparable film.

Dilip Kumar's second memorable association is with Bimal Roy, a director one admires a lot from that period. Dilip Kumar did two remarkable films with him, Devdas and Madhumati.

The autobiographical piece that Dilip Kumar wrote for the Urdu film magazine Shama ( we used to get that magazine at home and in my early school days I barely managed to read the Urdu that was being taught at home), brings out the sensitive side that was behind the actor who worked very intensely. As he was doing more and more tragic roles, and being lauded for them, it got to a point where it began to affect him in his real life. He wanted out. He sought advice on how he could cope, and then followed that advice and began actively seeking lighter roles. This was how he developed the lighter side to his acting, seen in films like Azaad, Gunga Jamuna, and Ram Aur Shyam.

I happened to have fortunately met Dilip Saab in person once, at his Pali Hill house. I had gone with Muzaffar Ali. Dilip Saab was seated on a chair in the back garden of the house. He spoke with as much grace as on the screen, I remember. One could feel about him that warmth of a person, which is so different from the coldness of an icon.

Thinking about all the films that he did, I realize I have not truly seen the full range of Dilip Kumar as an actor. But these days if you are lucky a streaming platform will have them. I can confirm two that I intend to watch, Naya Daur on amazon prime and Madhumati on YouTube.