Kareena Kapoor Khan, who will soon be collaborating with Aamir Khan in Laal Singh Chaddha, visited Golden Temple in Amritsar, to seek blessings ahead of the shoot. 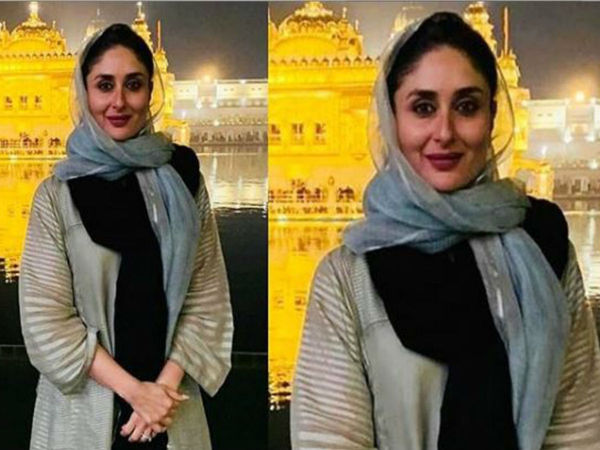 Kareena Kapoor Khan, who is gearing up for release of Good Newwz with Akshay Kumar, Kiara Advani and Diljit Dosanjh, has been the talk of the town for her next project. The Veere Di Wedding actress has been roped in to play the lead in Aamir Khan’s much anticipated Laal Singh Chaddha. The movie has hit the floors in November and will feature Aamir Khan in the role of a turbaned Sikh. Laal Singh Chaddha is being shot in Punjab and it was reported that Kareena will be joining the shoot soon.

And now as per the recent update, the diva is all set to begin shooting for the Aamir Khan starrer. The movie will mark her third collaboration with Aamir after 3 Idiots and Talaash. In fact, Bebo has also sought blessings at Golden Temple in Amritsar ahead of Laal Singh Chaddha’s shoot. In a video doing the round on social media, Kareena was seen wearing a grey coloured striped suit which she had coordinated with grey dupatta and a black stole. The lady was certainly nailing it in her traditional look.

Recently, Aamir Khan had also visited the holy shrine to seek blessings for the movie with his team. To note, Laal Singh Chaddha is the official Bollywood remake of Hollywood classic Forrest Gump.

Meanwhile, Kareena is also busy promoting Good Newwz with his co-stars. Helmed by Raj Mehta, the movie is slated to hit the screens on December 27, 2019. Besides, she will also be seen in Irrfan Khan starrer Angrezi Medium which is a sequel to 2017 release Hindi Medium.