Filmmaker Karan Johar took to Instagram to extend support to Shah Rukh Khan, after his son, Aryan Khan was granted bail by the High Court on Friday. The 49-year-old filmmaker, posted a throwback photo with SRK, captioned it with a heart emoji, on his Insta stories, on late Friday night. The picture has since then gone viral. Aryan Khan was finally, after multiple hearings, granted bail by the Bombay High Court, in connection with his arrest by the Narcotics Control Bureau (NCB) on October 3, after the agency busted a drug party on a cruise ship, and recovered drugs like hashish, cocaine and MD, on October 2 and had detained the 23-year-old along with seven others.

Meanwhile, fans of Shah Rukh Khan gathered in numbers and burst crackers outside his residence, Mannat, in Mumbai, after the High Court’s order. From bursting firecrackers, dancing to holding posters with 'Welcome back prince Aryan' written on it, crowds gathered to show support to Shah Rukh Khan. 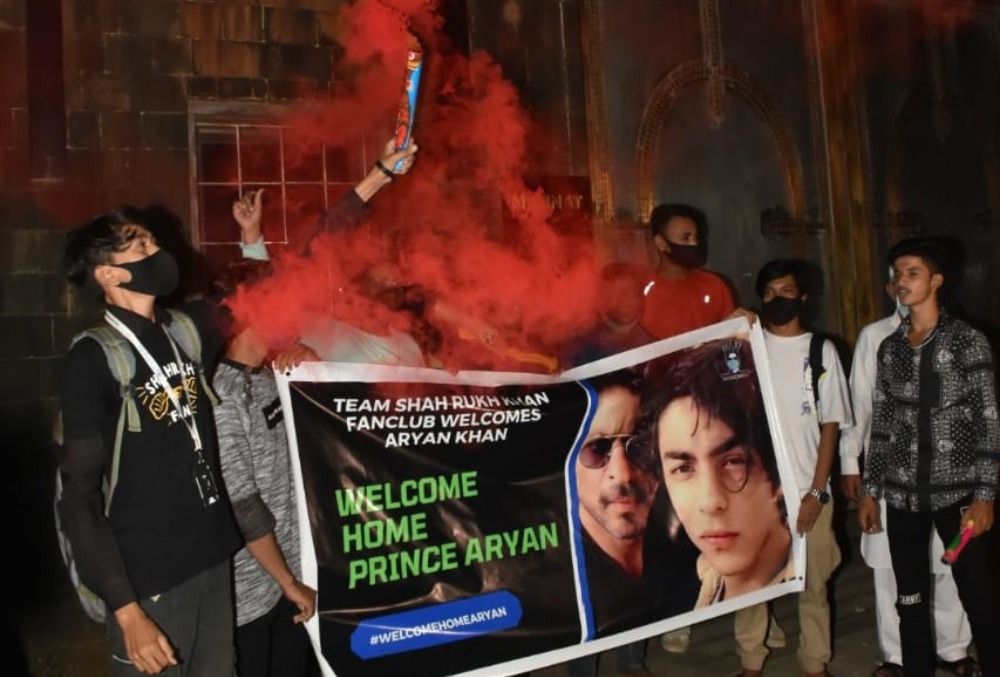 Former Attorney General, Mukul Rohatgi, who represented Aryan Khan in the Bombay High Court has said that Aryan Khan will walk out of jail after the detailed order is given by the HC on Friday afternoon.

"Bombay High Court has granted bail to Aryan Khan, Arbaaz Merchant, Munmun Dhamecha after hearing the arguments for three days. The detailed order will be given tomorrow. Hopefully, all they will come out of the jail by tomorrow or Saturday,” Rohatgi was quoted as saying by NDTV report.

"For me, it is a regular case - to win some, to lose some. I am happy that he (Khan) has got bail,” the former Attorney General said.