Ranveer Singh and Deepika Padukone starrer ‘83’s release has been officially put on hold as Coronavirus cases increase in the country. Ranveer and Deepika announced and urged people to stay safe. 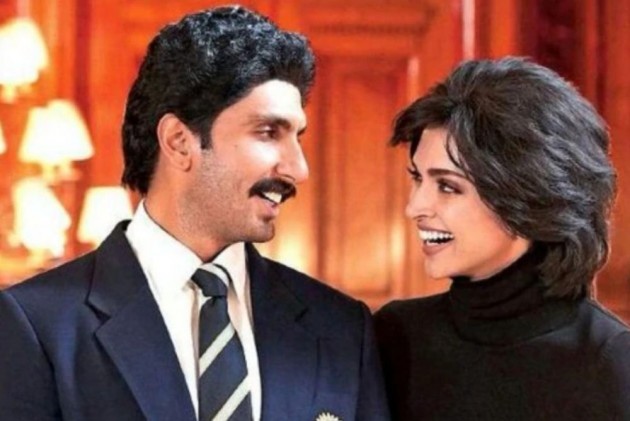 One of the most anticipated releases of 2020 was Ranveer Singh and Deepika Padukone starrer ‘83 where the two would be seen as legendary cricketer Kapil Dev and his wife Romi Dev. However, owing to the Coronavirus lockdown in the country, ‘83 release has been stalled and the announcement was made by Deepika and Ranveer in an official statement. The initial release was supposed to be on April 10, 2020. The film’s posters were released in a grand event last month where the entire star cast sans Deepika were present in Chennai.

Taking to social media, Ranveer wrote, “83 is not just our film but the entire nation’s film. But the health and safety of the nation always comes first. Stay safe, take care. We shall be back
soon!.” Deepika also shared the same statement on her social media handles and announced that Kabir Khan’s directorial will not release on April 10, 2020. However, now, owing to the theatre shutdown across several states due to the Coronavirus outbreak, the film’s release has been postponed for now.

Though Ranveer mentioned in his statement that the next course of action will be announced post the COVID 19 outbreak has been controlled, fans of the actor welcomed the move by the team '83 aboutholding the release of the film amidst the global pandemic.

‘83 was one of the biggest releases of this year and fans were looking forward to seeing Deepika and Ranveer together on the big screen as Romi Dev and Kapil Dev. However, now the wait for the fans seems a bit longer. The film is based on the life of Kapil Dev and Team India’s historical win at the World Cup 1983 in London. Directed by Kabir Khan, it is being co-produced by Deepika Padukone. Now, the new release date will be announced post the Coronavirus lockdown has been lifted. Two other films like Sandeep Aur Pinky Faraar, Sooryavanshi have been postponed owing to the Coronavirus outbreak that has claimed 4 lives till now.