As viewership of online streaming platforms has increased by 60 per cent due to the lockdown, film producers feel it is the best way to release their movies in these uncertain times. 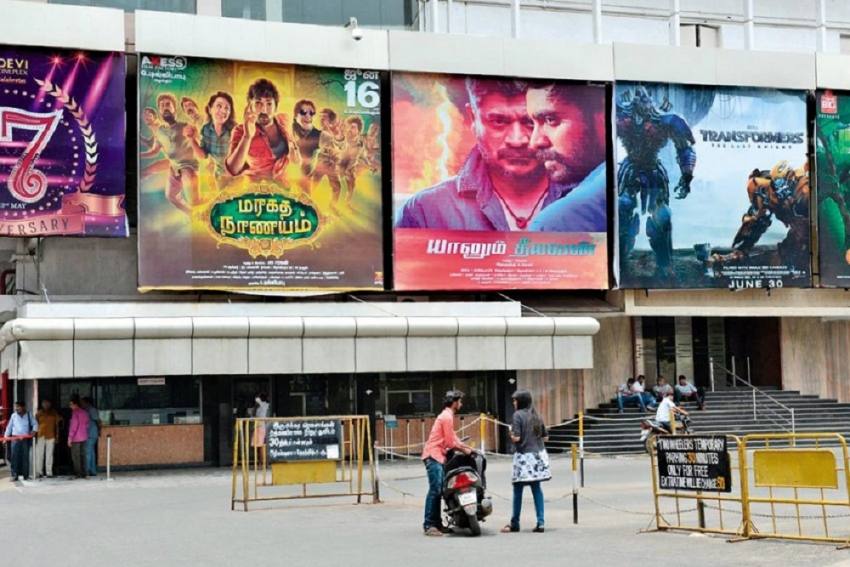 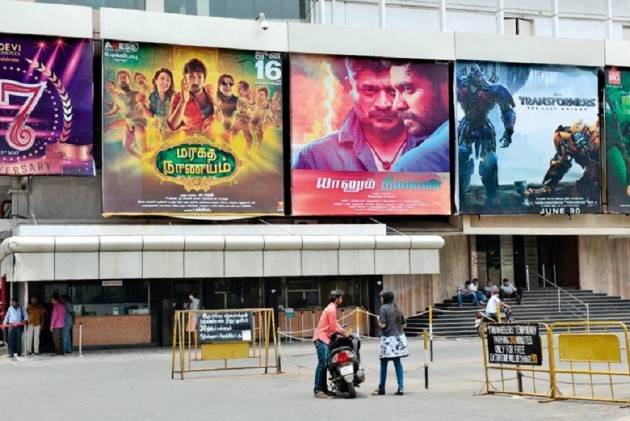 Towards the last week of April, Tamil Nadu’s cinema hall owners threatened to not release any films of actor Surya after his company decided to release its co-produced Tamil movie “Ponmagal Vandhaal” (Here Comes the Daughter) on Amazon Prime in May. The film stars his wife, Jyothika, as the lead actor with other Tamil heroes cast in supporting roles.

Since Surya’s own movie “Soorarai Pottru” (Hail the Brave), a film based on Deccan Airways founder C.R. Gopinath, and produced with a huge budget, was also awaiting release, the theatre owners hoped that the Surya-Joythika couple would buckle down in face of the threat.

But Surya refused to back down and let the director of “Ponmagal Vandhaal”, JJ Fredrick, speak up about the logic behind releasing the movie on Amazon Prime Video. “Our film was originally slated for theatrical release on March 27 but the lockdown happened, and kept getting extended. Now, even if the lockdown gets phased out gradually, no one is sure when cinema halls will reopen for business and how many people will turn up to watch movies there. So this was the best option, considering that this movie is a maiden venture for me and my entire team of assistant directors. As viewership of online streaming platforms has increased by 60 per cent due to the lockdown, Surya said it was the best way to release the movie in these uncertain times.”

Since Amazon offered a premium for direct release of movies on its platform, the price they offered easily covered the film’s production costs. The exhibitors, although, were not pleased. “Surya and Jyothika became stars only because their movies were watched on nearly 1,000 screens across Tamil Nadu. By releasing the film directly on OTT, they have betrayed the interests of thousands of people working in theatres,” said R. Panneerselvam , President, Tamil Nadu Theatre Owners Association.

But 30 Tamil film producers jumped to Surya’s defence, arguing that OTT release would help producers recover their investments without waiting for a long time. OTT release also makes sure that when theatres reopen, too many movies are not jostling for screen space. Their logic makes sense since over 200 Tamil films are produced in a year and many wait for theatre release as the big productions usually get first preference. Many of them remain unreleased for years before they get telecasted by a TV channel. OTT has changed that business paradigm.

For example, “R.K. Nagar”, a small budget film directed by Venkat Prabhu, had been waiting for two years to find a theatre. Using the present rush towards OTT, the producer released it on Netflix and recovered a portion of the costs. “This is the way it will work for small and medium budget films in future. The audience has already shown its preference and the industry has to accept this trend,” said S.R. Prabhu, a leading film producer.

He is somewhat right as once the theatres open again, they would be keen to screen only the films of big heroes like Vijay’s “Master” and Dhanush’s “Jagamey Thanthiram” (The World is a Trick). If the theatres act pricey, producers and stars can now wave the OTT red flag.

After seeing Surya stand his ground, producers from other South Indian languages also made a beeline for an OTT release. Amazaon Prime has now announced that it would be releasing Malaylam film “Sufiyum Sujatayum”, produced by Vijay Babu. “Unless I recover my investment this way, I cannot pay those dependent on me,” he explained about the OTT release. Kerala theatre owners have warned that they would not touch his future films but Babu is confident that ultimately business interests would prevail.

Similarly, two Kannada films – “French Biryani” and “Law” and a Tamil-Telugu blingual “Penguin” will also hit the TV screens courtesy Amazon Prime. But film producers are confident that once film goers return to the theatres to watch big budget movies, this conflict would die a natural death. “Small budget movies and those meant for niche audiences alone might prefer a first direct release on OTT,” said film writer J. Bismi.