Arjun Kanungo On Working With Salman Khan In ‘Radhe’: He Motivated Me To Become An Actor

We recently caught up with Arjun Kanungo to talk about the transition and it was as candid as it can get. From talking about his songs to stepping into the world of movies, the artiste opened up about it all. 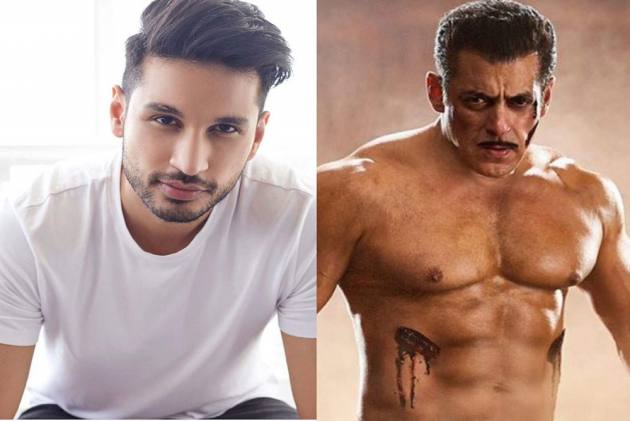 Singer Arjun Kanungo, who has songs like ‘Aaya Na Tu’, ‘Fursat’ and ‘Baaki Baatein Peene Baad’ to his credit, recently switched lanes and made his Bollywood debut with Salman Khan’s ‘Radhe: Your Most Wanted Bhai.’ He played the part of Mansoor in the Prabhudheva directorial and even received a lot of praises for his stint. We recently caught up with Arjun Kanungo to talk about the transition and it was as candid as it can get. From talking about his songs to stepping into the world of movies, the artiste opened up about it all.

You have some really good songs to your credit. Tell us something about your journey.

Remixes Should Happen But Not At The Cost Of Originals: Sunidhi Chauhan

It’s been exciting… topsy-turvy… kind of a roller-coaster ride, to be honest. There have been many highs and a few lows. I have been in this industry for a decade now. It’s been such an amazing journey since then. I did shows with Asha Bhosle Ji, did play-back singing, I studied acting. After I came back to India, I started with music and now I am doing my debut with ‘Radhe: Your Most Wanted Bhai’ with Salman Bhai. It has been an upward growth and that makes me happy.

How did you get Radhe?

So, I met Salman Bhai somewhere around 2018. I introduced myself and said ‘I’m a musician and I want to pitch my music to you.’ And he said, ‘Come meet me some time.’ So, I went and met him a few times and he saw my music videos; I had a couple back then and he went like ‘Dude, you should be acting! Why aren’t you consciously trying to act more?’ I did not think that he is serious and I said, “Mujhe koi role ni deta hai…”

Then he told me that ‘I'm going to get you a film!’ And I’ll be very honest, I did not think he meant it. Because people tell that a lot in the film industry. But somewhere around May 2019 he called me to his house, made me meet Prabhu Deva sir and was like ‘I have this film which is Radhe and we kind of want to make a sequel to Wanted. And we have a character in the film, his name is Mansoor. Why don’t you play this character’ I immediately said yes! I was so surprised that he actually wanted me to act in his film. I mean, being in a film alongside Salman by itself is a big deal for me. So, I was so happy I took the role. That’s how it happened!

Did you feel intimidated on the sets?

I was intimidated during the entire shoot… It was my first film and with Salman Bhai. Prabhu Deva sir was the director and I have grown up watching him dance. It was a fan boy moment for me. But it was a fun experience – everyone on the sets helped me and were super nice to me.

Any behind the scenes fun? Or something that you would want to share?

The first day of my shoot – I was too scared. There’s a scene where Salman Bhai ties me to the chair and is torturing me. I played a bad guy and he is interrogating me in the police station. I had no idea what I scene I was shooting for before we did it. It was funny! Salman Bhai asked me to just go with the flow and I did the same. Soon after we did the scene, Salman Bhai came to me and said, “Actor to tu bann gaya” and it was special.

What do you enjoy more? Acting or singing? How did you shift gears from singer to actor?

It’s not an easy question to answer. It’s a very strange thing, I stopped doing music in 2013 and started preparing myself to become an actor. I went abroad, studied acting and came back to become an actor. Then I started meeting casting directors and during that time, Sony music signed me. We released ‘Baaki Baatein Peene Baad’ and that song exploded and people started recognising me. It’s been up and down with acting and singing. When I am on peak of one thing – I get another. I am not sure which one I like more, but I am excited to see what’s there in store for me.

Which song do you think changed your life?

It would be ‘Baaki Baatein Peene Baad’. Before that, I didn’t have a hit song. People didn’t know me before this song. In no time, the song was a hit, people started asking me for a selfie. It was a steady ride since then.

Is it difficult to make a mark as an independent singer?

Today it’s less difficult as it was when I started. I was one of the few pop artistes in India. There have been rappers but pop music disappeared in between. It was difficult to convince radio stations and TV channels to play pop music. They didn’t understand it. Whenever I tried – they would ask “Iss song mein actor kaun hai”. However, today you have many platforms to release your song. YouTube is consumed by almost everyone and also social media.

Have you composed anything during the lockdown?

I think I composed more during the lockdown than I composed in last three years. Isolation helped me to concentrate and focus. I didn’t have any live shows, appearances, etc.

Are you planning to take up acting as full time profession? Or would that be with singing?

I can do both just like Ayushmann Khurrana and Diljit Dosanjh. All I want is that I should do my best in whatever I do. I am not giving up on music. It gives me happiness.

Have you heard more scripts? Will we see you in more projects soon?

Yeah, I’ve been doing a lot more since I’ve started. I was absolutely not confident on the first day on set ‘I don’t know If I can do this’ and ‘I don’t know If I’m ready for this’. But as soon as I got home, I told myself ‘I can do this!’ I should really pull up my socks and go for these auditions. So, I did a small musical role with Anurag Kashyap and I’m doing some other stuff too but I can’t mention it right now. And I’m hoping that once Corona kind of stabilizes, and we start a semi-normal life, that we start shooting again. There are a couple of OTT projects that are in the pipeline as well.