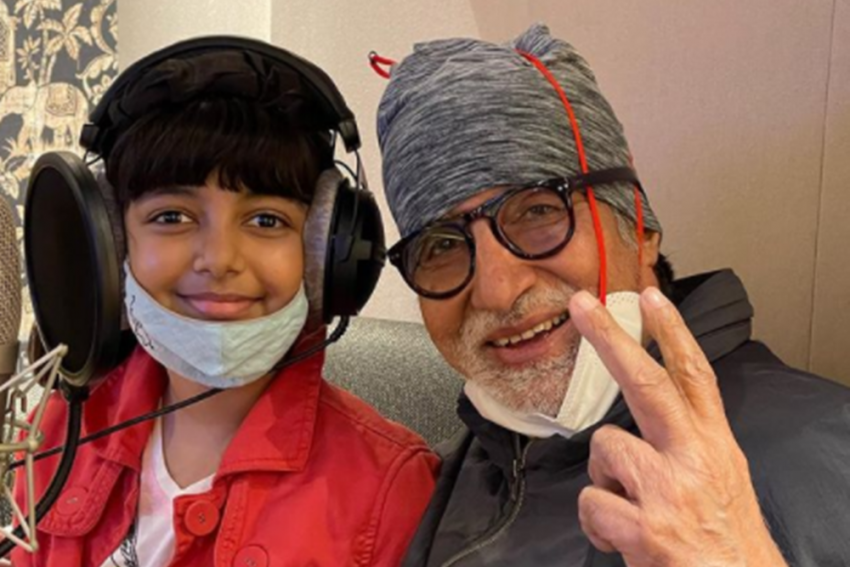 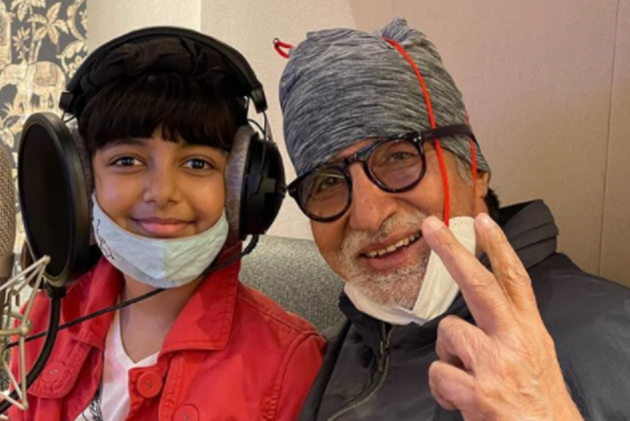 The 78-year-old actor took to Twitter on Wednesday night to share a picture from a recording session at a studio.

"... tomorrow dawns ... and the celebrations begin ... but for what ... it's just another day another year ... big deal! Better off making music with the family," he captioned the photo.

T 3768 - ... tomorrow dawns .. and the celebrations begin .. but for what .. its just another day another year .. big deal !
Better off making music with the family .. pic.twitter.com/6Tt9uVufbp

Amitabh Bachchan also shared a photo with his granddaughter on Instagram.

"...when granddaughter and grandfather get in front of the mic in the studio and make music," he wrote in the caption.

It is not known whether the song is part of a film or special collaboration.

Amitabh Bachchan, who made his debut in playback singing with the song "Mere Paas Aao" in the 1979 film "Mr Natwarlal", has lent his voice to songs like "Rang Barse" from "Silsila" (1981) and "Main Yahan Tu Wahan" from "Baghban" (2003), among others.

The veteran actor will next feature in "Brahmastra", "Jhund" and "Chehre".

He recently joined the cast of "Mayday".