Sushma Didi is the tallest grass root woman leader in the country, She has inspired generations, especially young women like me. 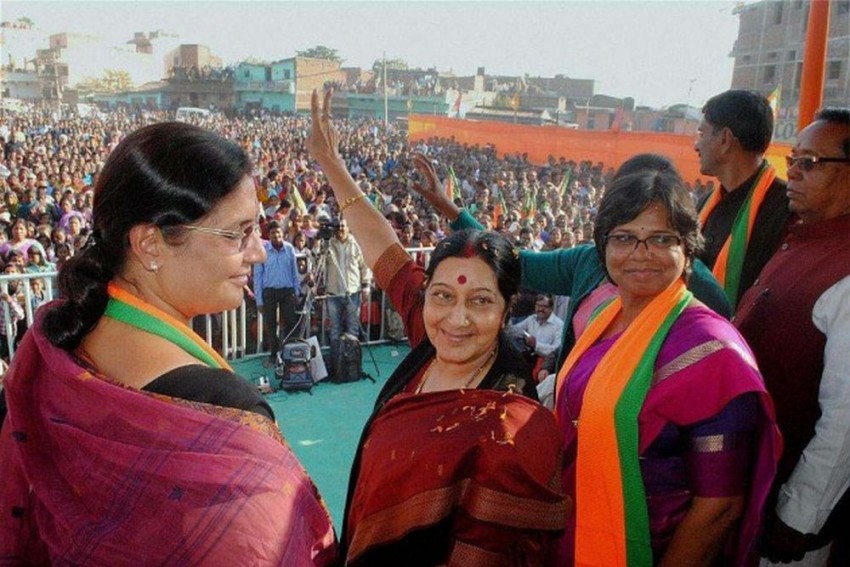 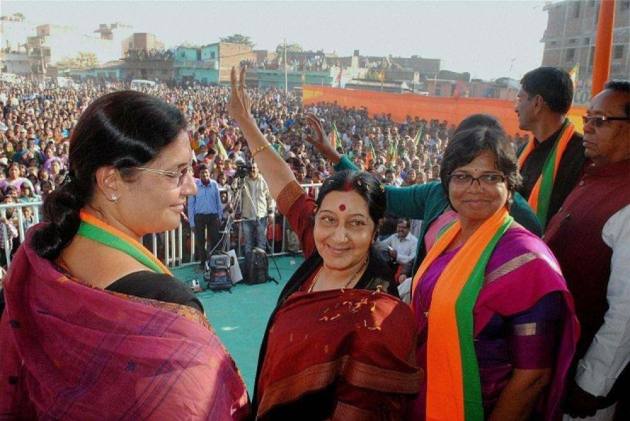 Sushma Didi is a mother figure and an elder sister to me in many ways. My earliest memory of her goes back to 2004 when I was a greenhorn in the party. I had just entered the deep dungeons of elections and campaigning, leaving behind the creative world of film and theater. One of the earliest election campaigns I did was in Chhattisgarh when BJP faced general elections under incumbent Prime Minister Atal Bihari Vajpayee in 2004. Sushma Didi, I and a famous poet singer from Chhattisgarh campaigned for Raman Singh. Singh remains to be the Chief Minister of Chhattisgarh even today. Sushmaji enjoyed a great following in Chhattisgarh because of her oratory skills. Beating the heat and dust, Sushma ji became more than a Didi to me.

When we lost the elections in 2004, as a celebrity campaigner and as a newbie in the party, it was difficult for me to understand. It took time for me to realise that that’s the cycle of election and the cycle of life in politics. I was still an actor and I told Sushma Didi that I was going back. She said, “Never lose heart, never lose hope,” So many years down the line, it almost became a mantra for me: Never get disheartened. That’s the charisma of this unique leader called Sushma Swaraj.

There were various ups and downs in her political life. She became the youngest  minister in Haryana. She has stood for things we brag about as far as women empowerment is concerned. She is well versed in many Indian languages. She took her oath in Sanskrit. There are so many firsts attached to her. As the I&B minister, she accorded industry status to the film industry. She is straightforward, intelligent and erudite. The way she uses Twitter to help people in her capacity as the External Affairs Minister proves how concurrent and contemporary, she is.

Today, when she says she won’t contest elections again, it makes me sad in a similar way I felt in 2004 when we had lost the elections. But, her word rings through my mind: “Never lose hope”.

During my 14 years in the party, she has been an icon for me. Two months ago, she took me to the World Hindi Conference in Mauritius. Sushma ji is deeply involved in Hindi poetry and literature. It was on the first day of this conference that Atal ji passed away. She beautifully turned it into a poetry event in memory of Atal ji. She is deeply connected to art, theatre and literature. She has used Hindi poetry in most of her parliament speeches.

I still remember her speech in Parliament on the copy right bill. She famously sang a hymn which is sung in the morning assembly in schools across the country. Then she said, “Songs become immortal. but what happens to those writers?”. Lyricist and Member of Parliament Javed Akhtar had then openly said Sushma ji and Jaitley ji as Opposition leaders in Lok Sabha and Rajya Sabha respectively had helped him to draft the bill.

She has inspired generations, especially, young women like me. She is the tallest grass root woman leader in the country. Electoral politics in India will never be the same without her contesting again!