Editor of Shillong Times, Patricia Mukhim, speaks to Outlook about criminal charges against her. 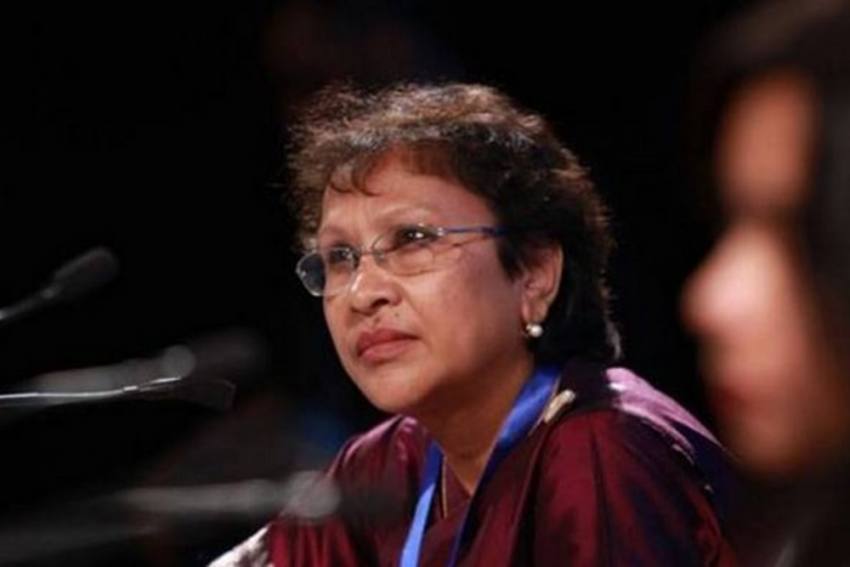 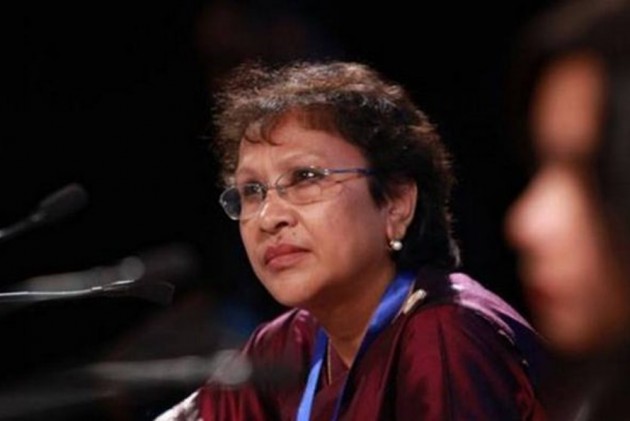 Patricia Mukhim, editor of the ‘Shillong Times’ is facing criminal charges for a four-month old Facebook post. In an interview with Outlook's Preetha Nair, Mukhim said that she will approach the Supreme Court soon. The Padma Shri awardee, who resigned from the Editors Guild of India in protest against its silence on the issue, also said that journalists in the country need an alternative forum to address their grievances.

Q) You are facing criminal charges over a Facebook post on the conflict between the tribal and non-tribal community in Meghalaya. What led to the incident?

On July 3, a group of Bengali boys who were playing basketball in a predominantly tribal-dominated area was attacked by another group with iron rods. Some of the Bengali boys were severely injured and had to be rushed to the hospital. On July 4, I wrote a Facebook post calling upon the chief minister, DGP, and the village council to ensure the arrest of the perpetrators. However, the village council filed a case against me in the local police station alleging that I am trying to foment tension between tribal and non-tribal communities that were living in harmony. Ironically, the police also lodged a case against me. The conflict between tribal and non-tribal communities is not new and it has been happening since the 1970s. It erupts very frequently.

Q) Meghalaya High Court refused to quash the FIR against you and it observed that you are promoting enmity among communities. What are your comments?

That argument is not tenable. In October, just before Durga Puja, the Khasi Students Union had gone around the city putting up posters saying that all Bengalis in Meghalaya are from Bangladesh and they should go back. No cases were filed against them or any arrests was made. This is not the way it should be. I can’t tolerate such injustice.

The non-tribal shouldn’t be living in constant fear. This being a Sixth Schedule area, the non-tribal community doesn’t have too many rights. They can’t buy the property and even the fourth or fifth generation, can’t own a home.  Almost 80 per cent of the jobs are reserved for the tribals. There is absolutely no opportunity for the non-tribals and that’s the reason for the depletion of the non-tribal population.

It is wrongly alleged by the tribal community that non-tribals are taking away their due. I don’t know where this paranoia comes from. It fuels identity politics.

Q) Last year too, you were slapped with contempt charges by the high court. What is the status of the case now?

The Meghalaya High Court issued the order on March 8, 2019, which happened to be International Women’s day. That order was stayed by former CJI Ranjan Gogoi. The ruling was full of loopholes. I can’t stop writing what I believe. How can I be stopped from holding a view, reporting the truth, and speaking up? That is our fundamental right. What is the point if we cower in fear in the face of threats?

Q) What are the reasons behind your resignation from the Editors Guild of India (EGI)?

I sent the high court order to the EGI and waited for a response for a week. I waited thinking that they are busy because of Diwali. Then Diwali was done and dusted.  I am not saying that they should fight my case or anything. I wanted a gesture of solidarity from the EGI. They issued a statement for Arnab Goswami. Why didn’t they do that in my case? I am not asking for anything more. We are colleagues and they cannot treat me like a pariah. Neither the president nor the secretary of the EGI called after my resignation. Some of the members wrote to me to reconsider my decision. I won’t go back to the guild and I don’t want to be part of a toothless body.

Q) Are you implying that the EGI was selective in its approach?

How is my case different from Arnab’s case? The EGI was quick to rally around Arnab even though his arrest wasn’t on journalistic grounds. He was arrested for a different case. Why this differential treatment? It has always been Delhi centric and it is a cozy club. I don’t think they are concerned about the plight of the journalists here. They least care about what we are doing or what we have to face.

Q) What are the challenges faced by journalists working in the Northeast?

We always worked under extremely challenging conditions. Earlier, we were victims of militancy. We had to face several threats if we didn’t follow the militant's instructions. Now it's the state.

Q) There has been a spike in the number of cases against journalists in the past few months. Do you think the redressal mechanisms are inadequate?

I believe in the journalistic fraternity. I don’t believe in the Editors Guild anymore.  The journalists in the country should unite under a common banner. We need to approach the Supreme Court as a collective. The body has to be strong enough so that our voices are heard. Currently, we are a fragmented lot.