The probe by both the CBI and the ED has looked at how the father allegedly managed approvals after money was paid into the son’s alleged benami company. 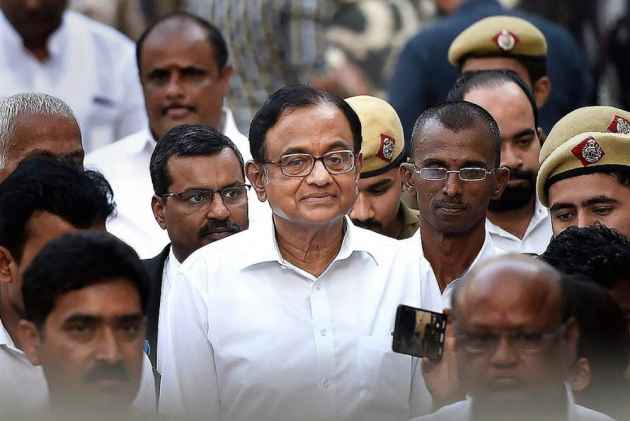 A chargesheet filed by the Enforcement Directorate (ED), indicting Karti Chidambaram, has started the clock ticking against his father and former finance minister, P Chidambaram, who was recently grilled by the agency on two separate occasions.

During the interrogation, the former FM was confronted with more than a hundred questions related to Foreign Investment Promotion Board (FIPB) approvals granted to around 50-odd companies beyond the authorised limit.

The FM shifted the blame on the then bureaucrats working with him by claiming that they misled him into granting the approval beyond the cap of Rs 600 crore. The investigators responded by saying that perhaps they should confront and charge the bureaucrats to confirm that insinuation.

The probe by both the CBI and the ED has looked at how the father allegedly managed approvals after money was paid into the son’s alleged benami company. P Chaidambaram has denied these charges several times. When it had been brought up in parliament, he had dismissed the charges as reckless. The opposition had demanded his resignation.

On June 13, the Enforcement Directorate (ED) filed  a chargesheet indicting Karti Chidambaram of accepting kickbacks into a benami company in exchange for influencing the contentious FIPB approval of a telecom company in 2006.

The case in which the chargesheet has been filed against Karti Chidambaram is regards with Maxis Communications’ contentious purchase of 99 percent of shares of Aircel-Maxis in 2006 for Rs 3,500 crore. This was nearly six times the limit which was capped at Rs 600 crore for the finance minister to approve under the FDI policy.

The probe agency has claimed in its chargesheet that it has linked Karti Chidambaram to Advantage Strategic Consulting Private Limited (ASCPL), a company which allegedly received the cash for FIPB approval. The chargesheet has been filed with a court in Delhi and is likely to be taken cognisance of, on July 10, the next date of hearing.

In the indictment, the ED has alleged that Aircel Televentures was given FIPB approval on March 15, 2006 and, five days later, on March 20, 2006, around Rs 26 lakh was paid to Advantage Strategic.

As yet, the ED has not formally charged the former finance minister but it has confronted him with several accusations. Apart from Aircel-Maxis case, there are other cases also where FIPB approval given by P Chidambaram is being scrutinised.

The ED has supposedly found concurring payments from those companies, which got FIPB approval, to companies in which Karti Chidambaram allegedly has interest.

The ED is now waiting for the CBI’s chargesheet on P Chidambaram, which is likely to be filed after the CBI concludes its probe into the former finance minister by the end of this month.

Sources told Outlook that the ED has pointed out another five such cases to the CBI, which are now going to be investigated by the latter. It is expected that the CBI will soon file an FIR in those cases also, in which the Chidambaram father and son duo are likely to be accused along with others.

The companies already being probed which allegedly got the approval include liquor manufacturer Diageo and INX media.

The ED chargesheet has also indicted the four directors of ASCPL, Padma Visvanathan, Chinnabala Nageswara Reddy, Mohanan Rajesh and Ravi Visvanathan. The agency has claimed sufficient evidence to prove that ASCPL is a benami company of Karti Chidambaram.

This company has been accused of receiving payments from more than 50 companies into this company.

“He has always claimed that he has no relations with Advantage Strategic. But, this has been found to be false,” an official said. “The money used to set up Advantage Strategic and other companies leads back to Karti Chidambaram.”

The ED chargesheet says that inquiries revealed that none of the directors of Advantage Strategic were qualified to provide any consultancy services. Nevertheless, several companies were paying it ‘consultancy fees’, which the ED alleges, was for doing nothing.