The infusion of diverse art forms has earned Durga Puja the international fame of being one of the most vibrant celebrations of public art. The festival often gets compared to the exuberance of Brazil’s Rio Carnival.

It is said that there is no place on earth where 10 Bengali Hindus live but no Durga Puja is organised. Apart from being celebrated in the Indian states of West Bengal, Tripura and Assam, and in Bangladesh, on a mass scale, it takes place in more than 150 locations across 36 countries worldwide cutting across six of the seven continents.

While the pujas held abroad may be more traditional in nature – perhaps because it connects the expatriate population with their roots and the past – in Kolkata, the epicentre of the festival, Durga Puja has gone much beyond the ritualistic worship of the 10-armed Goddess Durga who killed the indomitable buffalo-demon, Mahishasura. 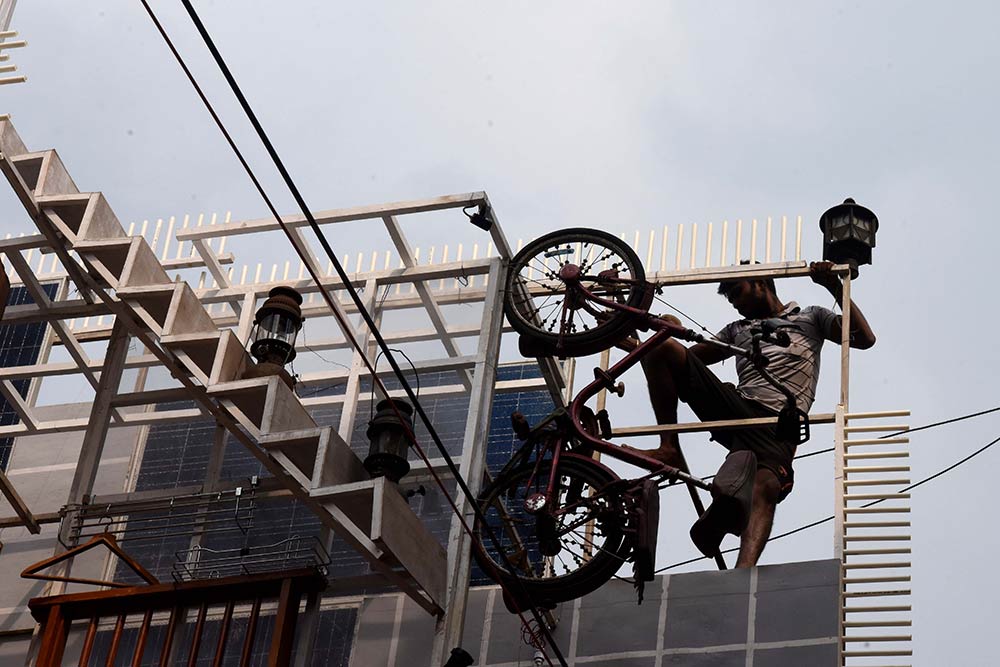 It was, for more than a decade, being informally dubbed as one of the greatest exhibitions of public art in the world and even compared with Brazil’s Rio Carnival in the scale of public participation and colourfulness of the festivities. Earlier this year, a study titled ‘Mapping the Creative Economy around Durga Puja’, that was jointly conducted by the British Council and the state’s tourism department, described it as ‘possibly the world's largest public arts festival.’ 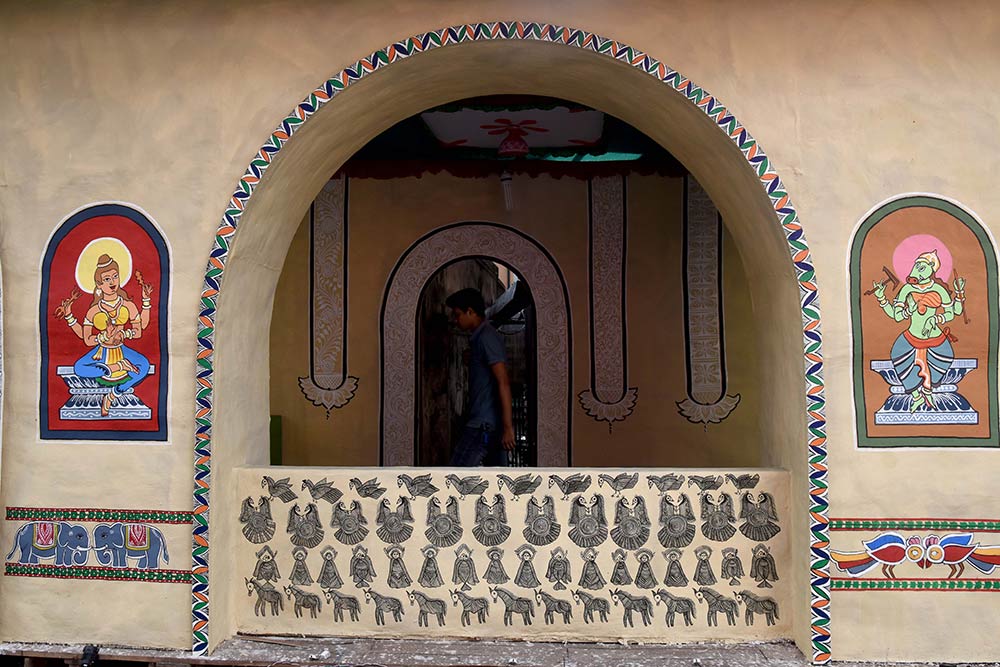 “The city is transformed into a magnificent public art gallery with beautiful idols of the Goddess, extravagant themes, and artworks during the festive season,” it said.

Now, UNESCO's recognition of the festival by including it in the ‘Representative List of Intangible Cultural Heritage of Humanity’, has also come due to the infusion of art into a festival that was originally purely religious in nature.

The inscription on UNESCO's website reads, “Durga Puja is seen as the best instance of the public performance of religion and art, and as a thriving ground for collaborative artists and designers. The festival is characterised by large-scale installations and pavilions in urban areas, as well as by traditional Bengali drumming and veneration of the goddess. During the event, the divides of class, religion and ethnicities collapse as crowds of spectators walk around to admire the installations.”

The British Council study referred earlier estimated the economic worth of the creative industries around Durga Puja in West Bengal at Rs 32,377 crore, or USD 4.53 billion, which is the size of the economy of many smaller countries across the world. The week-long festival accounts for 2.58 per cent of the state GDP, the report said.

The entry of artists started in the 1950s and mostly with the works of Ashoke Gupta, who hailed from a wealthy family but had to leave his home to pursue art, as his family would not support his idea. His work at the puja of Jagat Mukherjee Park in north Kolkata in 1956 is a historic moment, as he broke the traditional form of the goddess. This gave birth to the coinage, ‘Art-er Thakur’, or the idol of art.

Then, 1975 was a landmark year. Legendary artist Nirode Mazumdar created the idol for Bakul Bagan’s puja in south Kolkata.

Over the past two decades, the puja has seen the growing participation of painters and sculptors trained in art colleges in universities who design and prepare the themes of idols and pandals. Due to these creative experiments, the Durga idol too has gone beyond its traditional form – with idols often having no weapons in the goddess’s hands or having only two hands instead of the usual 10. Pandals sometimes imitate famous architectural marvels and sometimes create imaginary architectural spaces.

“The entry of painters and sculptors trained in art colleges gave a completely new dimension to the festival in the past two decades. Artistes started competing with each other in innovation and this resulted in the execution of the unimaginable. Could we have imagined such a huge installation of a temple made only of bhaar (earthen pots) until organisers of a puja in Bosepukur area did it?” said painter Suvaprasanna, who also served as the chairperson of West Bengal Heritage Commission.

He said that the infusion of art also took the festival beyond the realm of religious puritanism, as artists took creative liberty in their depictions of Durga and her children and the masses also accepted it.

Speaking from the perspective of a trained artist who earned a reputation of being one of the most sought-after theme-makers, Bhabatosh Sutar said that conceiving Durga puja themes gave young artists a great opportunity to showcase their work before a huge mass. He joined Durga puja theme-making in 2000, the very year that I passed out of the Government College of Art and Crafts in Kolkata.

“For us, it gave an immense possibility to reach out to the millions who would never visit an art gallery. Besides, the medium gave scope to amalgamate so many mediums that very few art forms offered. A movie could include literature, theatre, songs, music and visual arts but it would still be a two-dimensional viewing experience. But in a pandal, the audience can enter the scene and a pandal could include literature, painting, and sculpture, songs, music, audio-visual elements and even live-action,” Sutar said.

Since 2016, West Bengal Chief Minister Mamata Banerjee has been aggressively pushing the festivities around Durga puja to draw travellers from outside, especially abroad, and have been trying to give the immersion festival the shape of a carnival. Her government is also supporting community puja organisers with cash and other benefits.

Elated at the news of the UNESCO recognition, Banerjee wrote on Twitter on Wednesday, “Proud moment for Bengal! To every #Bengali across the world, Durga Puja is much more than a festival, it is an emotion that unites everyone. And now, #DurgaPuja has been added to the Representative List of Intangible Cultural Heritage of Humanity. We are all beaming with joy!”

To every #Bengali across the world, Durga Puja is much more than a festival, it is an emotion that unites everyone.

And now, #DurgaPuja has been added to the Representative List of Intangible Cultural Heritage of Humanity.

We are all beaming with joy!

Now, with the UNESCO recognition, it is only expected that the state government will try to create a bigger spectacle out of the festival, trying to draw more foreign tourists than the city already hosts every festive season.