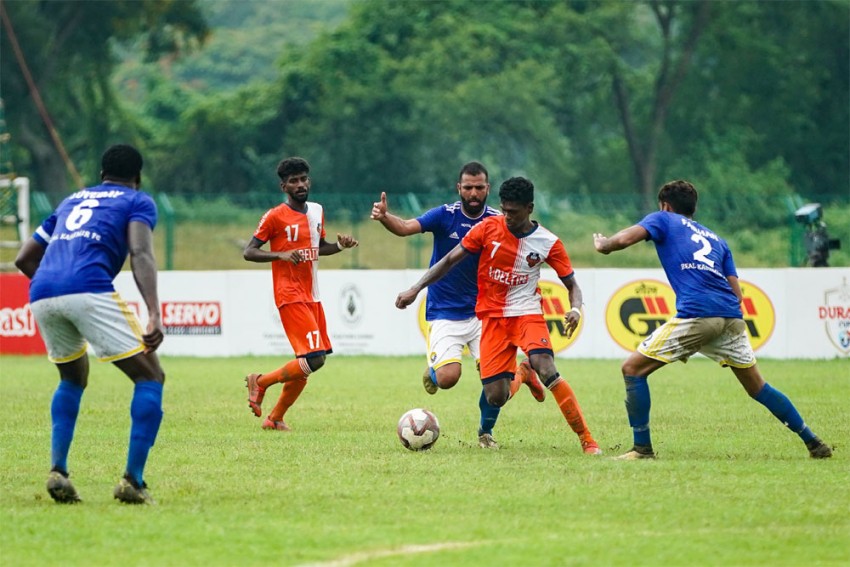 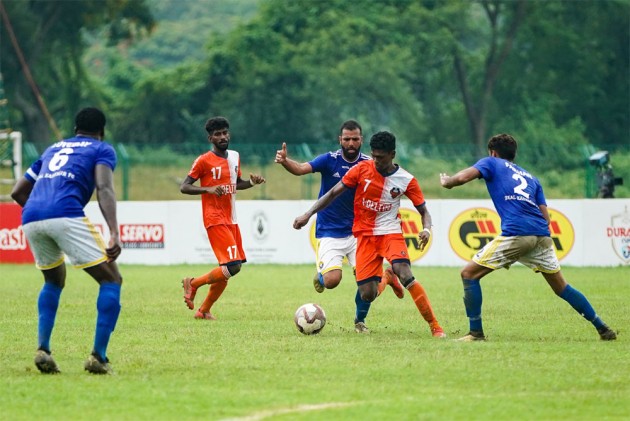 FC Goa Developmental team’s campaign in the Durand Cup came to an end on Saturday as they had to bow out owing to an inferior goal difference after a goalless draw against I-League side Real Kashmir FC here at the Kalyani Stadium. (Football News)

Kashmir got the first clear sight of goal but it was the young Gaurs who looked dominant in the opening exchanges. Liston Colaco especially was creating all sorts of problems for the Real Kashmir defence in the early goings with FC Goa carving out 3 openings within the first 10 minutes.

With the Gaurs putting the pressure on the Kashmir backline, they created their biggest opportunity in the 24th minute. Liston was again the instigator-in-chief as he got past two defenders thanks to his pace and guile before putting in a low cross across the box. Whilst that didn’t any of his teammates, a couple of ricochets off the Kashmir defenders helped the ball to Lalawmpuia’s feet.

The usually composed striker, though, failed to sort out his feet in time and hit the upright from six yards out. The rebound fell to Princeton Rebello at the edge of the box, which had the keeper beat but was cleared off the line by a defender.

The rest of the first half was a seesaw affair with both teams putting their all to break the deadlock. That, however, was not to be and the teams went into the half goalless.

The young Gaurs kept the pressure up in the second forty-five and had a huge shout for a penalty turned down at the hour mark. It was again Liston Colaco who showed his marker a clear pair of heels and looked set to carve out an opening in the box. That, however, was before he was hauled down in the box. The referee, though, waved play on.

Five minutes later, Kashmir got their first real opening in the second half as a free-kick into the box was met by Danish Farouq, but the forward’s flicked header from six yards out was straight at Dylan Da Silva in the FC Goa goal.

With a goal being the order of the day, Miranda brought on Hayden Fernandes and Aaren D’Silva to bring in an attacking impetus to their play late on in the game.

The Gaurs survived a scare in the 74th minute when Subash Singh got the better of the Goan defence thanks a brilliant change of pace. That was as good as it got for the man from Manipur as Dylan was on hand to come off his line in time and narrow down the angle.

The last 15 odd minutes saw the game exclusively being played in the Real Kashmir half. And whilst the Goan boys were near impeccable in their build-up play, they couldn’t put the finishing touch to those well-orchestrated moves.

The Real Kashmir defence, on the other hand, showed grit and had a brush of luck to thank for holding out till the final whistle.

The result means Clifford Miranda’s boys ended the group stage with 7 points from their 3 games but failed to qualify for the semis with Real Kashmir’s goal difference of +5 helping them get into the top four over Goa’s +2.