A landmark congregation of exponents, scholars and students displayed the ways in which the Kerala’s feminine classical art has grown over decades. A look at the just-concluded event in Delhi: 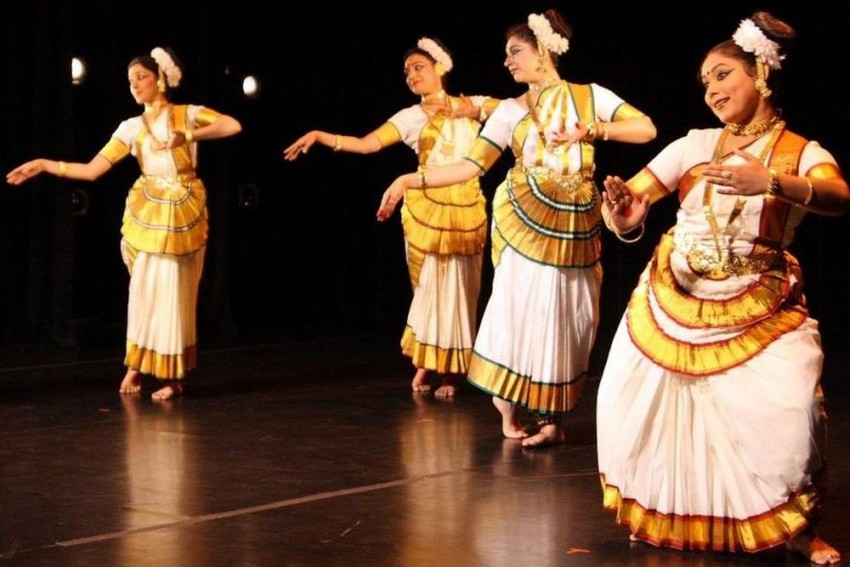 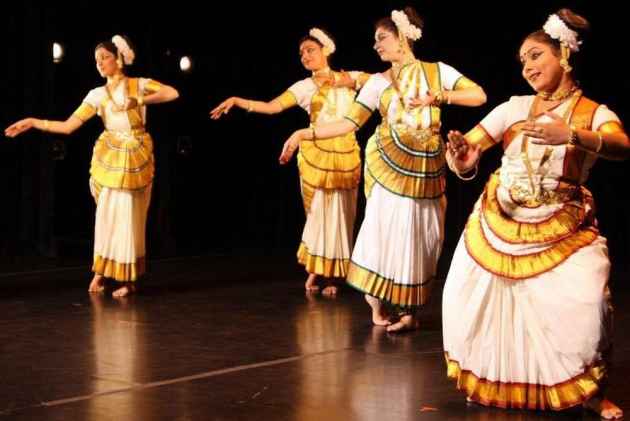 There was an unmistakable tone of polish when two veterans briefly locked horns over what they basically agreed is integral to their dance. Mohiniyattam perhaps loses its essential feminine lasya grace if the movements are “so speedy”, said one. To this, the other said the brisker segment can ideally been viewed as a testimony to a range of rhythmic tempos that embellishes the southern classical form.

A third and a fourth exponent involuntarily joined either side of the debate, but everything cooled down as dramatically quickly as it had warmed up. Largely, measured camaraderie defined the prime mood of a milestone symposium the national capital hosted on the performing art with origins in faraway Kerala, where the dance’s possible prototypes existed a millennium ago. Held over two days by the central government in association with a noted dance institution in Delhi, ‘Kaisiki Vritti’ that concluded Sunday evening turned out to be holistic, given its participation of practitioners from the length and breadth of the country.

The day-long interactive sessions with Mohiniyattam gurus and performers, invited by the Sangeet Natak Akademi (SNA) and Trikalaa Gurukulam, featured ten lecture-demonstration sessions besides a workshop on both evenings. From veterans to promising artistes, the event saw spirited participation by scholars and buffs as well, overall churning out a whole range of ideas besides showcasing the salient characteristics of its varied schools.

The proceedings bore an air of positivity studding Mohiniyattam’s path of revival that began a good 80 years ago: it was in 1938 that a struggling cultural institution in central Kerala groomed the dance’s first batch of students. They totalled barely half-a-dozen and had only a very limited repertoire to learn. Two decades thence, the classical form got its first national-level exposure, courtesy a 1958 all-India dance seminar—again, in Delhi. Now, 60 years later, Mohiniyattam boasts of major surges in stock, practitioners and popularity, going by an overview of the March 24-25 ‘Kaisiki Vritti’ (which literally means ‘hair-keeping’).

Thus, sporadic instances of an ideological friction between the delegates cropped up only marginally. If septuagenarian Vimala Menon was candid in her reservations about fast steps in Mohiniyattam, she also took care to leave her statement open-ended. So, Bharati Shivaji, a few years younger and originally from Tamil Nadu, patiently explained that traditional Kerala ensembles, noticed for their slow beginning, had a frenzied climax nevertheless. Vimala’s opinion tended to find support from her alma mater-mate Kalamandalam Kshemavathy, at which Bharati’s dancer-daughter Vijaya Lakshmi intervened deftly. Peace prevailed.

That was in the session that followed the inaugural (after invocatory Sopanam music by vocalist Ambalapuzha Vijayakumar). Critic V. Kaladharan later noticed (the next day) that “animosity” among the dancers over varied styles had slid much over the years. “Mohiniyattam had always faced an existential crisis, which it still does,” he noted. “It may not be wise to insist that lasya should rule this form all the time. Okay, ‘jeeva’ has a vibrant crescendo, why not!”

Jeeva has been among the new formats Mohiniyattam got in the 1970s when scholar Kavalam Narayana Panicker infused additions to the dance that had hitherto been groomed in two styles: Kalamandalam, and that of its early-days student Kalyanikutty Amma who went on to become an iconic innovator. Panicker (1928-2016), also a theatreperson, became an influential figure for quite a few research-minded Mohiniyattam danseuses—and they noticeably included non-Malayalis.

For instance, Mumbaikar Kanak Rele. The octogenarian, as the speaker at the opening session of Kaisiki Vritti, spoke of her formative years in a not-so-tacit reference to an alleged trend of the Kerala-born dancers seeing Mohiniyattam artistes from outside the state as “others”. “I am a Gujarati married into a Maharashtrian family,” pointed out the proponent of her own school of Mohiniyattam. “If anybody has a problem with my style, I can confront them with my analysis.” Crucially enough, she also added, “At one stage, I used to be bitter. Not anymore.”

The talks by Rele (assisted by disciple Saji Menon) and Bharati (with Vinaya Narayanan) also surfed over their deep studies on Kerala’s array of performing arts that have inspired them as artistic inputs. Yet it is another matter that their schools differ vis-a-vis total aesthetics down to basic lessons. A broad consensus over preliminary Mohiniyattam matters was one pursuit of the two-day event, said Deepti Omchery Bhalla of the capital’s Trikalaa. Also a Carnatic music professor at Delhi University, the artiste moderated the discussions and led a session on ‘Desi Heritage: Lyrics, Music & Rhythm’ where she danced as well.

Deepti’s apparent search for a certain degree of uniformity didn’t find resonance in author Leela Venkataraman. “Mohiniyattam has evolved so much over time under various schools,” she said, saying a convergence of any sort looked unnecessary. Dancer Kala Vijayan, daughter of late Kalayanikutty Amma, effectively trod that line of thought by concluding her talk tracing the dance’s historicity from Travancore king Swathi Thirunal (1813-46) with the cryptic words: “Impossible! I love my mother very much more than any other mothers.”

Kala conducted classes for a group of youngsters on the first evening of the day, where, earlier, Thrissur-based Kshemavathy recounted her Kalamandalam days as a student following tight academic schedules. “Today, I have 20 varnams to my credit. I’ve also composed several padams, tillanas and group choreographies,” she added, portraying instances of “old” and “new” ways of Mohiniyattam.

The 70-year-old Padma awardee was the tutor at the second evening’s classroom studies that marked the conclusion of the event after a talk-and-dance session by six danseuses: Kalamandalam Hymavathi, Neena Prasad, Aishwarya Warrier, Mandakini Trivedi, Pallavi Krishnan and Sreedevi Unni. Kerala-based Neena noted that Mohiniyattam had by the 1990s begun shedding some of its school-wise rigidity, while Gujarati-born Mandakini opined that classicism was a value system beyond being a set of techniques.

On Sunday forenoon, Kala Vijayan (‘Innovative Veins in Mohiniyattam’, assisted by Dhanya Ajith) threw light on the core artistic contributions by her guru Kalyanikutty Amma (1915-99). For all the improvisations, their school is against “mixing” Mohiniyattam gestures and movements with that of Bharatanatyam, she added.

Kochi-based Kalamandalam Sugandhi spoke on ‘Margi-Desi Samanwaya’, dribbling down the ways Mohiniyattam has blended local traditions with the pan-Indian. Vimala of Thiruvananthapuram, along with her daughter Vinduja Menon (‘Assimilation and the Rationale of Choreography) sought to distinguish between the good, bad and the ugly in the training as well as presentation of Mohiniyattam. Scholar-administrator V.S. Sharma and dancer-researcher Nirmala Paniker couldn’t turn up, but their disciples Rachitha Ravi and Sandra Pisharody gave lecture-demonstrations respectively on Balarama Bharatam (an 18th-century Sanskrit treatise on Natya) and a comparison of Mohiniyattam and Nangiarkoothu (a solo female Kerala theatre that is an off-shoot of the ancient Koodiyattam). Among those who spoke and made remarks were seasoned critics Sunil Kothari and Leela Omcheri and Kolkatan dancers Priyadarshini Ghosh and Mom Ganguly besides Helen Acharya and Usha Malik, former secretaries of the 1952-founded SNA that functions under the Union ministry of culture.

'I Might Write A Book On My Bollywood Journey', Says Katrina Kaif