Will Tamil men stop dictating what women should wear on Chennai's streets? 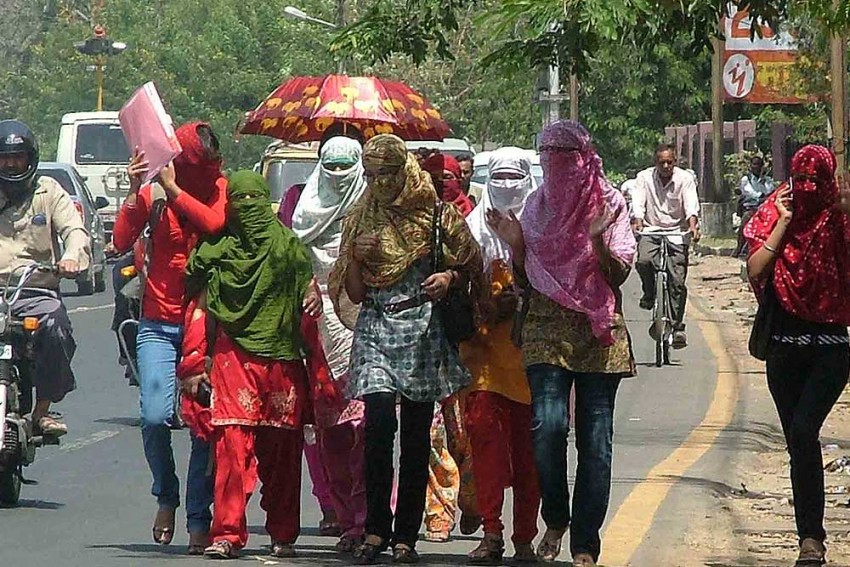 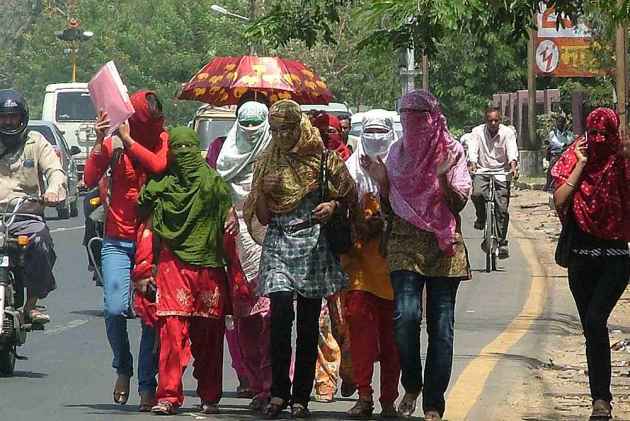 "We are creatures who salivate even when we see a stick swathed in a sari!

We can never be corrected.

It is enough if you correct yourselves!"

This is the last verse in a jingle penned by the authors at the start of the Kumudam Reporter article on the obscenity of leggings. Its sheer effrontery sets the tone for the rest of the writing of the cover page feature published recently.

The pictures accompanying the opinionated piece make one thing clear though — buxom women shouldn't be wearing leggings that get exposed in public, not because they are obscene (they are no more obscene than fat bellied men walking around in public with just a veshti on, exposing their unseemly paunches to the world) but because the clinging leggings don't do much for their sartorial aesthetics.

The magazine's recent cover story, Vulgar Leggings — Young women crossing boundaries has caught the ire of right thinking people who are shocked at the shaming of women over their garments. The social media too has been rife with protests.

The Kumudam Reporter's cover feature's premise is women's garments incite men to sexual advances or harassment on the street. Men are aroused even by a stick as long as it's a female form and thus they warn, their lascivious behaviour would get worse if women wore leggings (often called 'legins' in Tamglish).

Because it seems that Tamil men are custodians of what women ought to wear.

Some women's colleges in the state have strict dress code about female students wearing jeans to colleges. Reports of college principals admonishing students and threatening female students with dire consequences if they wear jeans or “inappropriate clothing” have made it to the news.

It's not regular students or women who are shamed for their garments alone. Protests have erupted over actresses like the Shriya Sarans or Mallika Sherawats who have been admonished for their 'inappropriate' clothing in Chennai in the past.

In 2008 during the release of Kamal Hassan's film Dasavataram Bollywood starlet Mallika Sherawat was reproached by fringe groups who chastised her for wearing a short costume for the launch function of the film.

Shreya Saran, the heroine of the monster-hit Sivaji (2007) was hauled up by loony groups like Hindu Makkal Katchi for displaying her cleavage during a commemoration ceremony of the film. Poor Ms Saran and Ms Sherawat were quick to cower and apologise for any unintended 'insults on Tamil culture', because they learnt quickly that Tamil culture rests on women's sartorial choices.

These are the same men who queue up for a first-day-first-show to watch actresses, especially from up North for their allure but feel it's inappropriate if the actresses turn up in glamorous costumes for launch parties.

It seems that Tamil men are custodians of what women ought to wear. And the recent media shaming of women wearing leggings in Chennai tells us this is about who decides what is appropriate conduct and dress code for women in Chennai.

In the mixed-up kink of the male promulgators of Tamil culture and morality, a woman and her garments are but an excuse for enjoying a voyeuristic display privately while denigrating it in public as a hypocritical moral posturing.

And the time has come for the male self-proclamed champions of Tamil culture of Kumudam to introspect on their own hypocrisy and hang the habit of trivialising with women, their conduct and clothes.