Sri Kailasanathar Temple, dedicated to Lord Shiva at Thingalur has a sub-shrine for Lord Chandran. It is one of the nine "Navagraha" temples dedicated to the nine planets. 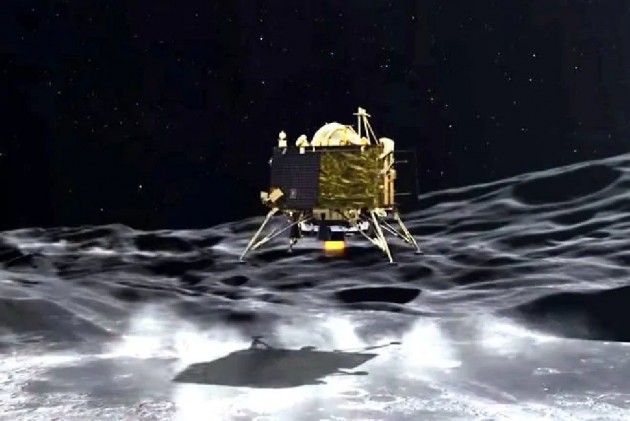 While all-out efforts were being made by ISRO to establish communication with lander 'Vikram,' special prayers were offered at a temple dedicated to Moon God 'Chandra'  at Thanjavur in Tamil Nadu, seeking divine intervention to regain contact with the probe.

The prayers included 'abishekam' (celestial bath), which was performed with several items, including honey and sandalpaste and followed by a community feast (Annadhanam), a temple official said on Tuesday.

Sri Kailasanathar Temple, dedicated to Lord Shiva at Thingalur has a sub-shrine for Lord Chandran. It is one of the nine "Navagraha" temples dedicated to the nine planets.

"After communication with the lander was lost, we decided to offer special prayers seeking Moon God's intervention to regain contact with the lander and it was held on Monday," PTI news agency quoted V Kannan, temple manager, as saying.

Lots of devotees took part in the prayers and worshipped so that contact could be established with the lander and the orbiter provided useful inputs, he said.

Yagnas were held ahead of the Chandrayaan-1 mission, a decade ago and also before the recent unsuccessful soft landing of the lander, he added.

S Raja, a devotee, said the Chandrayaan-2 mission has caught the imagination of the common people and the prayer was their way of expressing solidarity with the space agency.

"Moon has always excited human beings. We prayed so that the lander springs back to life and we get to know some unknown aspects of the moon," he said.