He launched a scathing attack on Chief Minister Naveen Patnaik, saying he has been getting rid of Biju Patnaik's loyalists one after another. 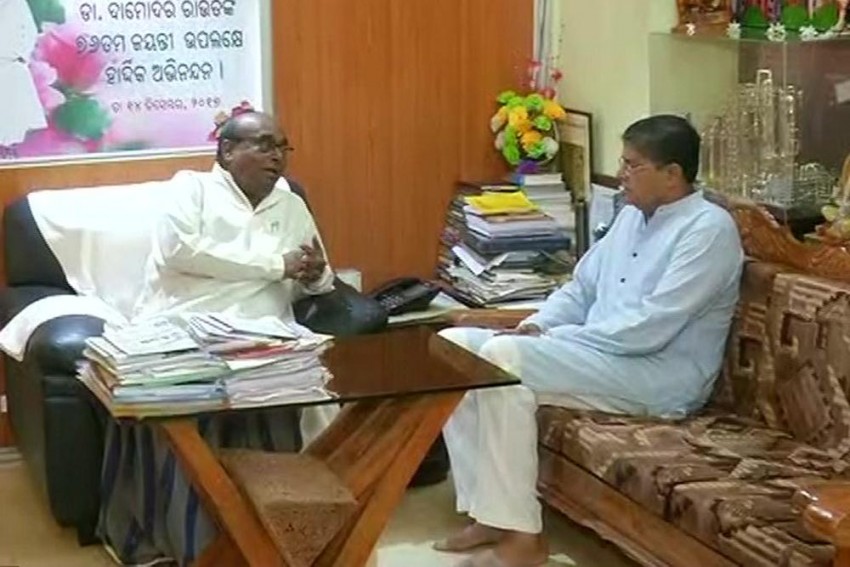 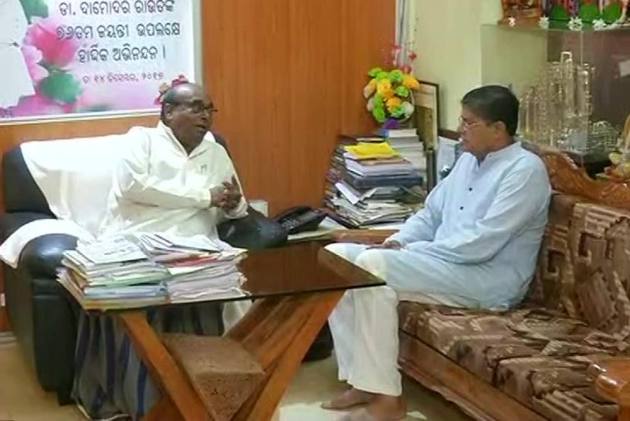 A day after he was expelled from the BJD, senior lawmaker Damodar Rout Thursday met former party leader Baijayant Panda and launched a scathing attack on Chief Minister Naveen Patnaik, saying he has been getting rid of Biju Patnaik's loyalists one after another.

Patnaik, however, dismissed the remarks as "ridiculous".

Rout, the BJD's Paradip MLA and a former minister, was expelled from the party Wednesday on charges of anti-party activities. He met expelled BJD MP Baijayant Panda Thursday, triggering speculations that they would join hands to float a new political outfit.

Making a direct attack on Patnaik, Rout said the BJD president, in order to safeguard his political interest, keeps changing the party's ideology, which is contrary to the ideals of his father and former chief minister Biju Patnaik.

"A section of BJD leaders are now looting Odisha in the name of Biju Patnaik. This must be hurting the soul of the legendary leader. It will be good for the people of Odisha if the chief minister is unseated at the earliest," Rout said.

He also raised question on BJD's "equidistant stance" from both the Congress and the BJP. "There is no such policy. Though the BJD claims that it maintains equal distance from both, Patnaik supports the NDA in the time of need."

On Wednesday evening, Rout was expelled from the BJD in the wake of allegations of corruption he made against some officers in the agriculture and cooperation departments.

He also claimed that an officer and three MLAs were running the BJD and not Patnaik.

Upon his return from the national capital on Thursday, Patnaik told reporters, "Dama babu has always been making irresponsible statements. His allegations are ridiculous."

Patnaik had last night ordered the seven-time MLA's expulsion from BJD on charges of anti-party activities. Rout had also served as a former party vice-president.

Asked about speculation on Rout joining hands with a few other ousted BJD leaders to form a new political party, Patnaik said, "It is their business. It will not have any impact on the state."

The 75-year-old Rout has dismissed any possibility of joining either the Congress or the BJP or even the left parties following his expulsion from the BJD.

However, he also did not make it clear if he has plans to float any new political outfit ahead of the elections.

"I can assure you that I am not joining the Congress, BJP or Left parties. However, I will contest the next elections as long as the people of Paradip want me to," Rout said. "I will reveal next course of action in days ahead."

Rout and Panda had a meeting the latter's residence Thursday.

The two leaders had a closed door meeting for about 20 minutes which they described as "courtesy call".

Meanwhile, OPCC president Niranjan Patnaik said that expulsion of Rout from the BJD is an internal matter. But, the allegations of scams made by Rout should be probed and truth must come out.