The Met department has advised fishermen to not venture into sea along and off Andhra Pradesh coast during next 24 hours. 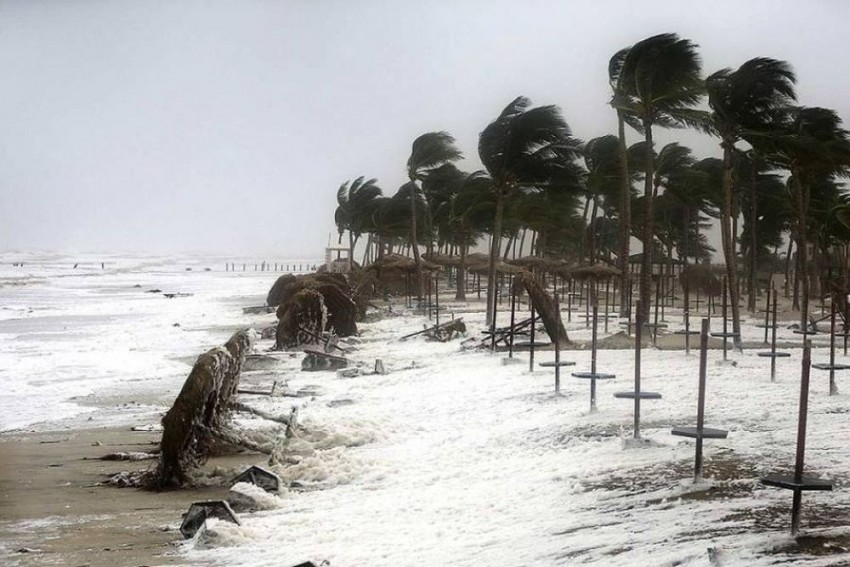 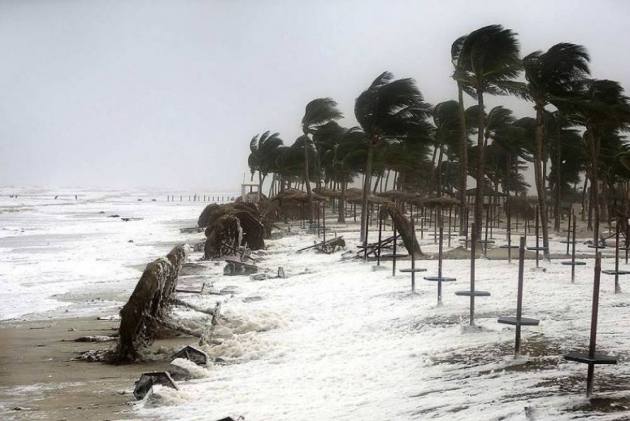 The cyclonic storm "DAYE" over northwest Bay of Bengal moved west-northwestward with a speed of about 23 kmph and crossed south Odisha and adjoining Andhra Pradesh coast close to Gopalpur in the early hours of Friday, Director, Meteorological Centre, Bhubaneswar, H R Biswas said.

Storm surge of about 0.5 meter above astronomical tides likely to inundate the low lying area of districts of Gajapati, Ganjam, Khurda, Puri of #Odisha in next 3 hours. Fishemen advised not to venture into northwest Bay of Bengal and alonf&off #Odisha coast during next 24 hours https://t.co/F6P2ZlJyWe

The cyclonic system then lay centred over south Odisha, about 40 km west-northwest of Gopalpur and about 150 km east-southeast of Bhawanipatna, he said.

Biswas said it would continue to move west-northwestward and weaken gradually into a deep depression.

As the cyclonic storm made a landfall, it brought heavy to very heavy rainfall in some places in Gajapati, Ganjam, Puri, Rayagada, Kalahandi, Koraput, Malkangiri and Nabarangpur districts of the state, officials said.

Under its impact, heavy to very heavy rainfall is likely to lash several places in Rayagada, Kalahandi, Koraput and Nabarangpur districts till Saturday, the MeT centre said.

Heavy to very heavy rainfall is also likely to occur at some places in Balangir, Bararh, Jharsuguda, Sambalpur, Sundargarh, Keonjhar and Mayurbhanj districts till the morning of Saturday, it said.

The MeT centre also warned of gale wind with speed reaching 60-70 kmph and gusting up to 80 kmph along and off south Odisha coast for a few hours.

The impact of the cyclonic storm was felt more in Gajapati, Ganjam, Khordha, Nayagarh and Puri districts.

The state government has instructed officials in coastal districts and various departments to be alert to tackle any emergency situation, official sources said.

Danger signs with signal number 3, which warns of surface winds clocking 40-50 kmph, have been hoisted at all ports of Odisha, officials said.

Earlier on Thursday, Chief Minister Naveen Patnaik held a review meeting and directed the officials to keep a close watch on the situation and take steps to ensure no loss of life. He also asked them to arrange adequate relief materials.

The cyclone warning division's (CWD) advisory said the sea will be very rough over central and north Bay of Bengal and off Odisha, West Bengal and north Andhra Pradesh coasts.

There will also be a storm surge of about 0.5 m above astronomical tides and it is likely to inundate low-lying areas of Vizianagaram, Srikakulam districts in Andhra Pradesh and Gajapati, Ganjam, Khurda and Puri districts in Odisha at the time of landfall, it said.

The chief minister asked officials of the coastal districts to be alert and prepared.

Patnaik issued direction for cancelling holiday in government offices in Ganjam, Gajapati, Puri, Nayagarh and Khurda districts, which are likely to be hit by fierce winds.

The IMD has also predicted damage to thatched hut, roads, crops and minor damage to power and communication lines in Gajapati, Ganjam, Khordha, Nayagarh and Puri districts at the time of landfall. Local cautionary Signal Number LC-III to be kept hoisted at all ports of Odisha, it said.

Reports about damage, if any, were being ascertained, said officials.

As roads and power supply are likely to be affected due to the cyclone, Patnaik asked the departments concerned to take steps in advance to ensure quick restoration works.

He directed that special attention be given to water, electricity supply and hospitals, an official in the CMO said.

Taking the situation into account, the NDRF and the ODRAF have been deployed in different districts. One NDRF team each has been deployed in Kalahandi, Rayagada, Gajapati, Puri, Nayagarh and Kandhamal districts with 17 boats and other emergency equipment.

Mayawati Declares Alliance With JCC In Chhattisgarh, Ajit Jogi To Be CM Candidate