In a recent study, the Centre for Science and Environment (CSE) claimed the Delhi Metro has become the second-most unaffordable service in the world. 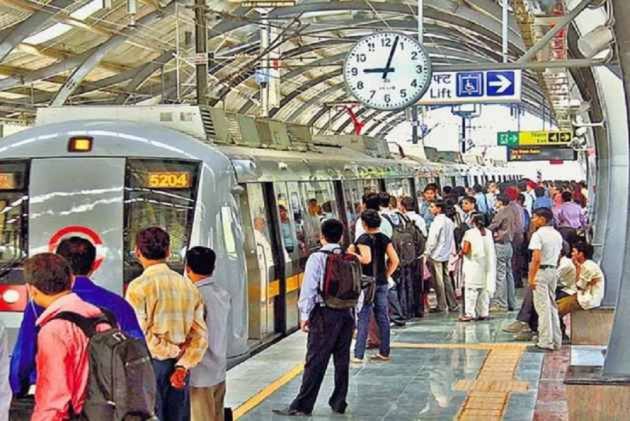 After objections from the DMRC, environment think tank CSE has reiterated that Delhi Metro is the second most unaffordable service globally.

Responding to the DMRC's objections at being called the second-most unaffordable network globally, CSE Friday said cities with larger networks, even in developed countries, are still "far more affordable" than the Delhi Metro.

In a recent study, the Centre for Science and Environment (CSE) claimed the Delhi Metro has become the second-most unaffordable service in the world after the fare hike last year.

The report faced stiff opposition from both DMRC CMD Mangu Singh and Union Minister Hardeep Singh Puri, who called the report "misleading" and "falsification of facts".

"This study is conveniently comparing the DMRC with very selected metros across the world. Why don't you compare it with big metros," Singh had contested.

The CSE, in response to the DMRC's objections to this selection of nine cities in the report, said it used the same data from UBS, a well-known and credible global financial services institution, to examine the percentage of income spent on rail-based systems in some of these cities.

The other cities considered in the report were - Buenos Aires, Cairo, Hanoi, Jakarta, Kiev, Manila, Mexico City and Mumbai.

"It has found that other cities with larger networks - even in developed countries - are still far more affordable than Delhi," the CSE said in a statement.

The DMRC hit back at the CSE saying the Delhi Metro is "not" the second most expensive metro in the world and the data provided by it to prove this is from an authentic source.

"The CSE itself has admitted that it has used a selective criterion for their classification. The data given by us is from an authentic source COMET which is an association of International metros and pertains to journeys performed on the Delhi Metro," Executive Director of the DMRC Anuj Dayal said in a statement.

"The CSE mentioned that overall percentage of income required to use the metro system in Delhi is at 14 per cent. The DMRC is comprising only around 5.5 per cent of this component, indicating that one has to spend only one third on the metro and a major component (two third) is spent to travel by other modes," Dayal added.

Other cities in India such as Chennai, Kochi, Lucknow etc, which have a lower per capita income than Delhi have higher metro fare levels which reiterates that the Delhi Metro is not the second most expensive service and also indicates comparability of population earning capacity and metro transportation, the statement said.

The CSE Friday said the percentage of income required to use the metro system in Delhi stands at 14 per cent.

Thus, the DMRC's claim about Delhi being more affordable than cities with large metro networks does not hold much ground, the CSE said.

"In fact, the DMRC should also note that in most of these cities, there is no interchange (changing modes during journey) penalty for journey costs, with the second trip being free on another mode once the fare has already been paid to a system. Their policy recognises the value of journey cost and does not penalise the passenger for interchanging to reach the destination.

The CSE also clarified that its report on falling ridership of the Delhi Metro was not only about the trip cost but the total journey cost incurred by commuters, who because of poor integration of different systems end up paying a lot.

It further said while the Delhi Metro continues to play an important role in meeting commuting demand, the targeted improvement in share of public transport ridership will not happen on its own. Well thought-out fiscal and other policies for all systems will be needed.

"The CSE study is not only about trip cost of the Delhi Metro, but about the total journey cost of commuters who, because of poor integration of different systems, poor connectivity and frequent interchanging of modes, end up paying a lot for commuting. Door-step connectivity is required," it said.