The 47th edition of Copa America, delayed by a year due to COVID-19 pandemic, started with a star-studded hosts Brazil humbling virus-stricken Venezuela 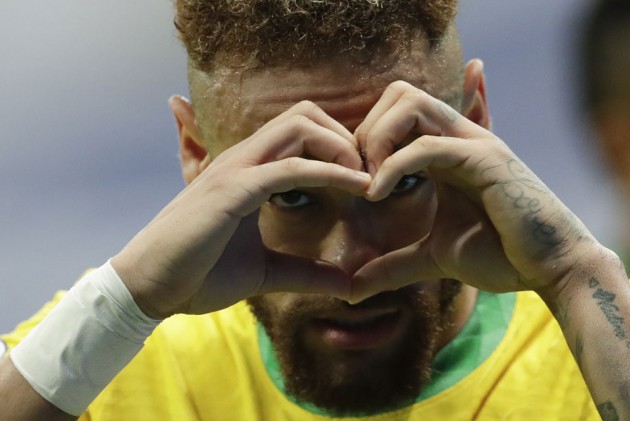 The Group A match witnessed Venezuela fielding a second-string XI with just five international goals among them. Twelve of Venezuela's players and coaching staff tested positive for COVID-19 on the eve of the match.

Nine-time winners Brazil, who won their first Copa America title 12 years ago in 2019, opened the scoring in the 23rd minute with a scrambled effort from a corner.

Neymar then scored his 67th international goal from the spot in the 64th minute, after Yohan Cumana fouled Danilo. But the Paris Saint-Germain star missed a golden to increase the lead as he shot wide after breaking through the Venezuela defence.

The former Barcelona forward however showed his brilliance by setting up Gabriel Barbosa for the third goal in the 89th minute.

In another Group A match, Colombia defeated Ecuador by a solitary Edwin Cardona strike in the 42nd minute at Arena Pantanal in Cuiaba.

Brazil next play Peru in a repeat of 2019 final on Friday after Colombia vs Venezuela clash the same day.

Meanwhile, Lionel Messi's Argentina start their campaign with a Group B fixture against Chile in Rio de Janeiro on Tuesday (2:30 AM IST), while Paraguay face Bolivia in the late kick-off (5:30 AM IST) in Goiania.