Assembly elections in Chhattisgarh have culminated on November 20 and EVM's are kept at a government college till the date of counting. 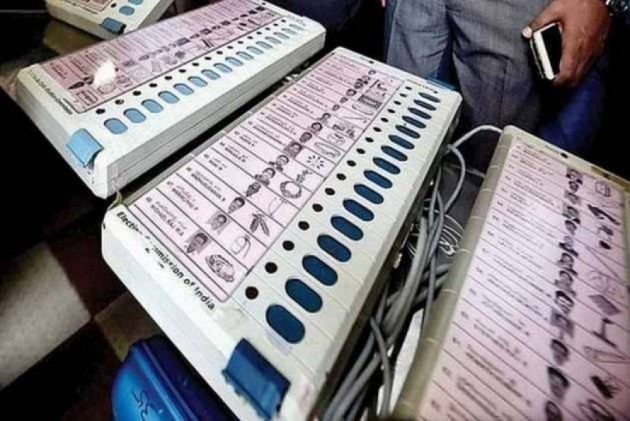 Some workers of the Congress Party are still buring the midnight oil even after the polling for Assembly Elections is over in Raipur. The reason is not campaignaing but guarding the Electronic Voting Machines (EVMs) and have pledged to do so till the date of counting.

Commenting on the need of such exercise, Raipur Congress Chief Vikas Upadhyay asserted that though they have full faith in the security personnel guarding the machines, their additional vigil is to thwart any attempt of hacking.

Upadhyay said, "Assembly elections in Chhattisgarh have culminated on November 20 and EVM's are kept at this government college till the time of counting. We have full faith and confidence on the Central Reserve Police Force personnel but we have heard things about EVM hacking from different parts of the country. There is Bharatiya Janata Party government in both Centre and State so to ensure more safety our party workers are monitoring this place round the clock. There have been instances reported related to EVMs after voting during Karnataka and Gujarat polls have raised doubts, so we are here on guard."

The state of Chhattisgarh went to polls in two phases. The first phase of polling was conducted on November 12 whereas the second phase was on November 20. The counting of votes will be taking place on December 11.

In 2013 assembly elections, the BJP bagged 49 seats, Congress got 39, Bahujan Samajwadi Party and an Independent candidate got one seat each in the 90-member assembly.