Home  »  Website  »  National  »  Congress Is Upset Because Of Transparency In Defence Deals In My Govt: PM Modi

Congress Is Upset Because Of Transparency In Defence Deals In My Govt: PM Modi 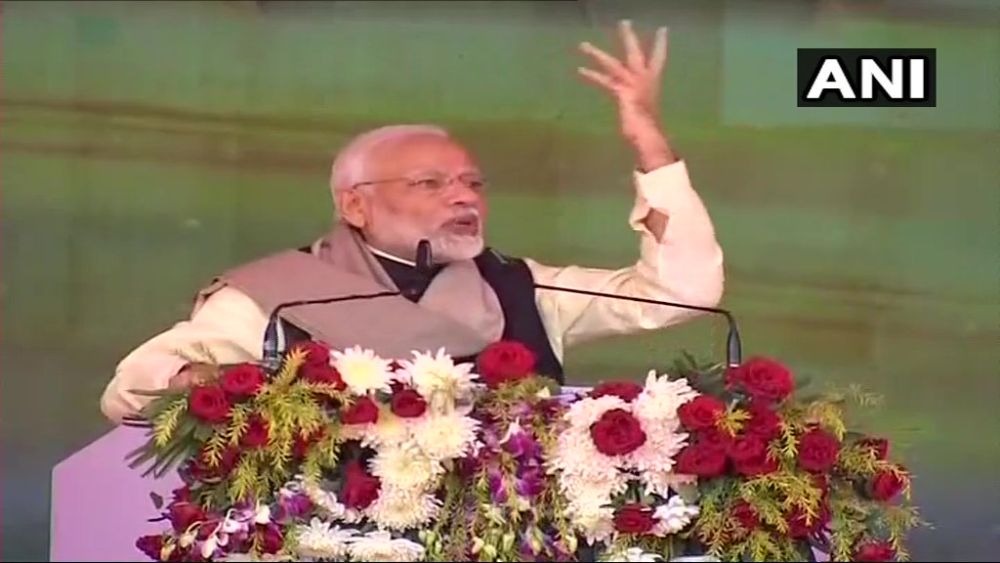 Tearing into the Congress party in the turf of the Nehru-Gandhi family, Prime Minister Narendra Modi said in Raebareli on Sunday that the party was "agitated" and telling "lies" as there was no "Quattrocchi uncle" or Christian Michel in BJP government's defence deals and slammed it for trying to create "distrust" against the judiciary.

PM Modi was addressing his first public rally after BJP's loss in the three Hindi heartland states of Madhya Pradesh, Rajasthan and Chhattisgarh, and also after the Supreme Court gave a clean chit to the BJP government on the Rafale deal.

In all out attack on the Congress, Modi accused the Congress of aligning with forces which do not want to see India's defence forces becoming strong. "There are two facets before the country...one is of the government which is making every possible effort to augment the strength of defence forces, and the second is of those forces which want to weaken the country at every cost," he said.

PM Narendra Modi in Raebareli: When the earlier government decided to construct this factory it was decided that 5000 employees will be hired. But only half of these recruitments were approved. Not just that, in 2014 we noticed that no new recruitment was done in this factory. pic.twitter.com/8ekmf6X5am

The prime minister said people were witnessing that "the Congress is aligning with those forces which do not want our defence forces to become stronger."

Citing a couplet from the Ramcharit Manas, he said there were some people who only accept lies and share these with other people.

Holding that previous defence deals were tainted, he said history of the Congress in terms of such deals "belong to (Italian businessman Ottavio) Quattrocchi mama".

Quattrocchi was one of the alleged middlemen in the Bofors deal inked by the government led by then Prime Minister Rajiv Gandhi in 1986.

Modi laid foundation and inaugurated projects worth Rs 1,100 crore during his first visit to RaeBareli. He flagged off the 900th coach and Humsafar rake made by the Modern Coach Factory in Raebareli.

"When the previous government decided to construct rail factory here, it was decided that 5,000 workers will be hired. But half of these posts were approved," said Modi during his visit to the Modern Coach Factory.

Referring to the AgustaWestland chopper case, he said, "We have brought one uncle Christian Michel to India a few days back."

The 54-year-old British national is one of the three alleged middlemen being investigated by the CBI over charges of organising bribes for Indian politicians and bureaucrats to push for the Rs 3,600-crore AgustaWestland chopper deal.

"The Centre is committed to development of Raebareli. Earlier governments neglected it," he said. He, however, did not name any party.

Taking on the Congress in Sonia Gandhi's home turf, Modi said the grand old party is letting the down the armed forces of the nation. Congress party is upset because of transparency in defence deals during his tenure. Defence deals in Congress governments used to be tainted, he added, citing examples of Bofors and VVIP chopper deals.

Rae Bareli is the traditional seat of the Gandhi family. Sonia Gandhi is representing Raebareli at present.