Several contradictions have arisen over the killing of 22-year-old youth who was shot dead by CRPF troops in Jammu and Kashmir's Budgam district on Wednesday morning. 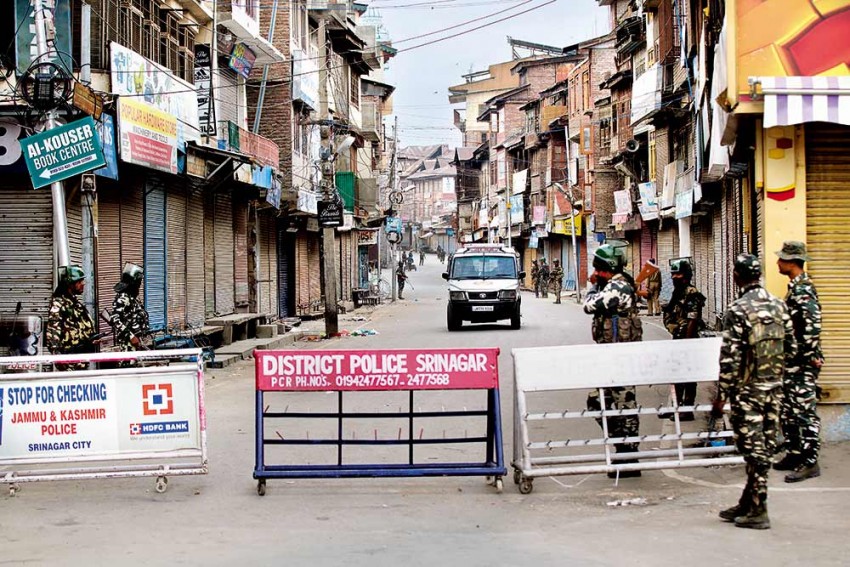 Protests erupted in Jammu and Kashmir’s Budgam district on Wednesday after a 22-year-old youth was killed when CRPF personnel opened fire at his vehicle. While the CRPF maintained that the youth, identified as Peer Meraj-ud-Din Shah, had jumped two checkpoints, prompting them to open fire, his family claimed he was shot dead while on way to drop his uncle.

Terming it a "cold-blooded murder", youth's father, Ghulam Nabi Shah, said his son did not drive through any checkpoints, and that the paramilitary soldiers first stopped him and then shot at him.

Soon after the news of his death spread in his village, locals came out on roads and demanded that the victim’s body be returned to the family for burial.

According to the police, Shah, who was traveling in a car, was fired upon by the CRPF troops after he jumped two checkpoints near Narbal Kawoosa area of Budgam on Wednesday morning.

A statement issued by the CRPF said that around 10:20 am, a private vehicle jumped a checkpoint of J&K Police and sped away and came across another checkpoint of CRPF and jumped that as well.

“A convoy of Army, at that point in time, was passing through the adjacent road and fearing a sabotage, the CRPF jawan of C/141, manning this Naka, fired warning shots. This civil car was driving in the wrong direction of the road and that was even more alarming. When the car didn’t stop, despite warning shots, the jawan fired at the car and in turn, the driver was hit on his left shoulder," the CRPF statement added.

The CRPF said that Shah was rushed to SHMS hospital in Srinagar where the doctors declared him brought dead.

Several contradictions have arisen over Shah's killing. Contradicting the CRPF's claim, doctors at the SMHS said that the youth was shot in chest and not in shoulder.

The family of the youth said that he had left his home around 9:30 in the morning to drop his uncle, Ghulam Hassan Shah, a police constable, in Srinagar. Shah’s elder brother, Shabir Ahmad Shah, is also serving in the police. The deceased was running a Khidmat Centre with the Jammu and Kashmir Bank.

Ghulam Hassan, an eyewitness, told Outlook that they were stopped at first checkpoint and allowed to move ahead. But, he said, before they could reach the second checkpoint, a CRPF personnel fired directly at his nephew.

Wednesday's killing has evoked condemnation and criticism from the political parties who have demanded fair probe and justice.

Former Chief Minister Omar Abdullah described the killing as "very unfortunate" and said that "circumstances surrounding this shooting need to be impartially investigated and findings made known."

Jammu and Kashmir Apni Party (JKAP) senior leader and former minster Ghulam Hassan Mir also condemned the killing and demanded a time-bound probe into the incident. He termed the use of excessive force in implementing lockdown over COVID-19 pandemic as "unjustified".

Mohammad Yousuf Tarigami, CPI(M) leader said: “The justification given by the police for unfortunate killing of an innocent civilian is bizarre.”

“Even if the claims of the police are true that the slain civilian jumped a checkpoint, CRPF men could have fired at the tyres of the vehicle he was driving instead of shooting him in the chest,” Tarigami added.