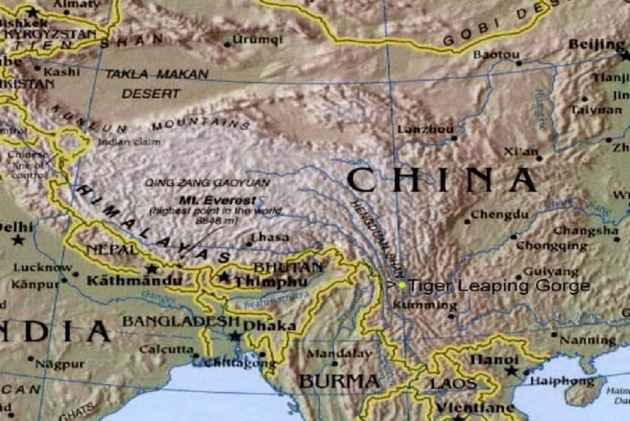 China is quietly, but relentlessly becoming a global superpower, according to an analyst.

In an opinion piece for the Washington Post, writer David Ignatius has said the recent meeting between President Xi Jinping and President Trump in Beijing during the latter's first visit to China significantly revealed a possible but understated grand and ambitious strategy on the part of Beijing.

Ignatius says in his article that President Xi while talking about and promoting the idea of "win-win cooperation," with Washington, simultaneously hinted that Beijing retains the patience to achieve its goal of being eventually recognised as a global superpower.

He describes China's gentle rise as "mesmerising" and reflective of the Chinese slogan "hide and bide," which the United States now views as a case of "open power play".

According to Ignatius, one only needs to see China's new network of global institutions, including the "One Belt, One Road" (OBOR) plan to estimate and probably accept how it is now challenging the American-led order effectively.

According to two unpublished and unclassified studies commissioned by the Air Force, one report estimates that more than 64 nations could receive USD one trillion from China under the OBOR framework.

This, according to Ignatius, puts the 1947-conceived Marshall Plan, which provided about USD 150 billion in current dollars, mostly to six countries, in the shade.

The report describes OBOR as "a program of unprecedented size and scope with the strategic intent of constructing a Chinese-led regional order in Eurasia."

The study describes, for example, how Beijing is financing a string of ports in the Indian Ocean region, including in Sri Lanka, Malaysia, Pakistan, Burma, Djibouti, Kenya and the United Arab Emirates. The proposed investment is nearly USD 250 billion.

China has also invested USD 13.6 billion in Greece, buying control of the port of Piraeus and big shares of Greek utilities and fiber-optics companies. "Greece serves as a strategic beachhead for China into Europe," notes the report.

The Chinese are building railway lines to Europe and to every part of Asia, allowing them to bypass U.S.-controlled sea lanes. China already has 40 rail routes to nine European countries.

The Chinese are also challenging the American dominance in scientific and technological laboratories, by building at least 50? joint-venture science and technology labs with OBOR countries and plans over the next five years to train up to 5,000 foreign scientists, engineers and managers, Ignatius quotes the study, as saying.

According to a second Air Force study, China surpasses the United States in annual patent applications, is now ranked second in peer-reviewed research articles. In 2014, it awarded more than twice as many degrees in science, technology, engineering and math.

Ignatius concludes rather gratuitously by saying, "China is racing to capture the commanding heights of technology and trade.. the Trump administration is protecting coal-mining jobs and questioning climate science."