Octogenarian mediaperson P. Raman pens a book sketched by nuggets of self-experienced struggles in the profession, with dashes of humour that colour up his trail down half-a-century of Indian media’s history 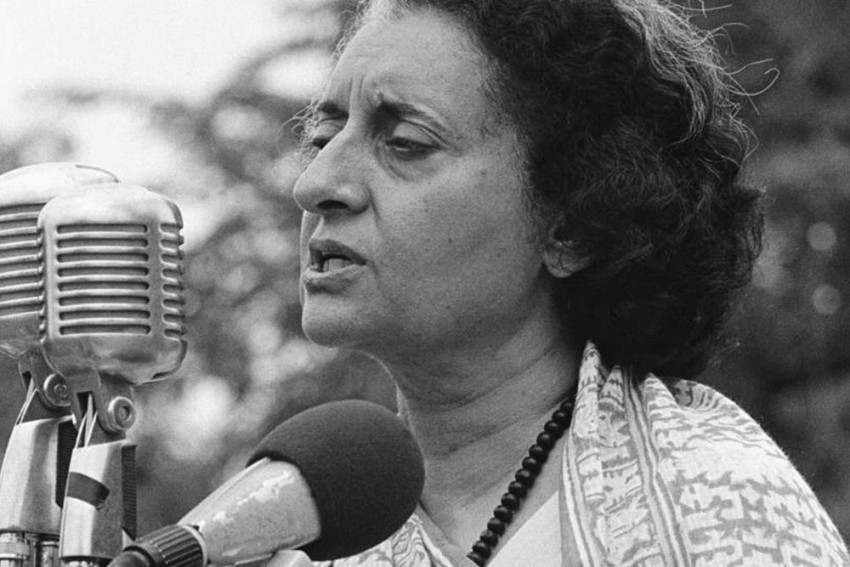 Archive
Sreevalsan Thiyyadi July 01, 2018 00:00 IST Challenges To Honest Journalism Before, During & After Emergency: A Scribe’s Account 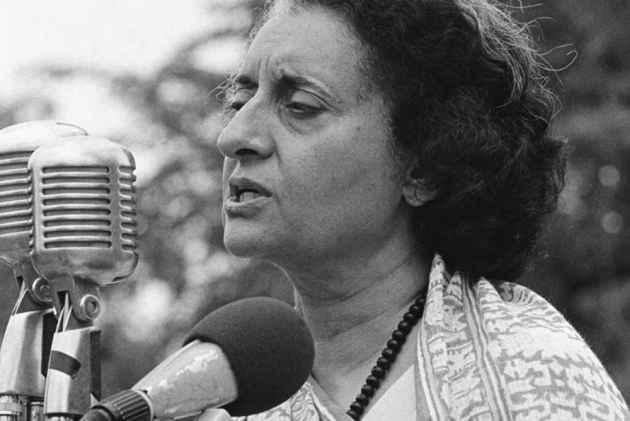 As June passed by, the NDA government in its fifth year made special efforts to highlight the ills of a 21-month Emergency India declared in that month of 1975. When more such narratives and counters are expected in the run-up to the 2019 general elections, a veteran journalist winds back to the days when a former prime minister sought to make a political comeback after the country had got its first non-Congress regime following the people’s fury over her rule by decree.

Octogenarian mediaperson P. Raman has brought out a book that is not about late PM Indira Gandhi or her post-Emergency successor Morarji Desai or even about the ever-fascinating labyrinths of politics in his vast and multi-culture nation. Of course such characters and events appear as passing vignettes, but the 212-page work is focally about the history of the media in post-Independent India. For all the honest and hard work he has put in as a political writer for a dozen newspapers and weeklies, the author of The Post-Truth Media’s Survival Sutra slots himself as a ‘footsoldier’ in the burgeoning army of professionals out to disseminate news and views on current developments—with or without a historical/futuristic perspective. 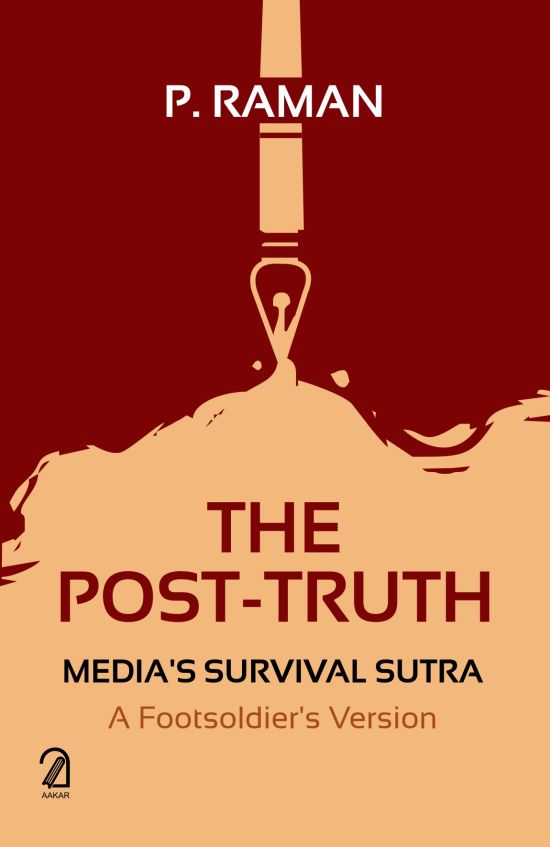 It’s more than just a curious story, thus, when Raman recalls his 1980 trail as a correspondent for a leading English newspaper covering Indira’s campaign in a western pocket of the country. “Everyone had written her off as a spent force,” notes Raman in the book’s second chapter titled Reporters’ Travails. The temperamental Congress stalwart was to give a speech in Gujarat’s Baroda after having chosen Valsad (then Bulsar, under which Bhadeli village was the birthplace of Morarji) as her ‘launch pad’ to power that had eluded her for two years and four months. Just ahead of that evening’s rally, Raman managed to secure a copy of the synopsis from one of Indira’s security personnel—and chose to take a “big risk”: he got a report punched at the nearby telegraph office after befriending an operator.

Post sunset, at the venue where the ex-PM was to speak, Indira was at her “aggressive best” on “seeing a massive crowd”. Her “fiery speech turned out to be game changer in politics” and “gave her the confidence of a fight-back” after the “absurd” Janata Party regime by Morarji and then Charan Singh as the PM. Ensuring that the Indira speech had stuck to the synopsis, Raman, at around 10 pm, rushed back to the telegraph office—he had positioned himself at the end of the maidan (and not sat at the press enclosure) to save time wading through the post-rally crowd. The journalist got the pre-punched tape released. The next morning, while even local dailies failed to carry the landmark speech, its details came in “full thrust” in Patriot for which Raman was working.

The anecdote is about the toil of a typical journalist of the India before its communications revolution, as much as it is about professional diligence. All the same, the author points out that he has “taken meticulous care to shun official patronage and inducements”, while also taking a “conscientious decision” in 1986 along with three fellow journalists: never to aspire for a position beyond the level of bureau chief. A Delhiite Malayali, Raman notes how even the “daily chores” of a reporter at the capital were arduous: For routine stories you had to rush back to the office, sit at a heavy typewriter and type out the reports in triplicate. Any major midcourse correction or addition meant you had to retype the whole sheet.... Unlike today, you could not make a few clicks and send the stories on the mobile.” 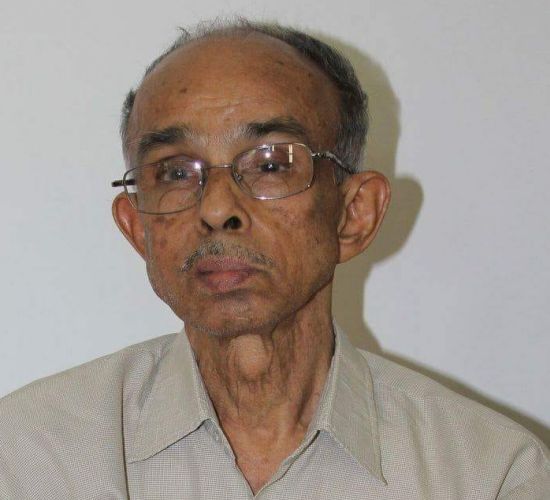 That way, one can sense the excitement of a journalist when Raman narrates the facilities the 1984 AICC Calcutta session (Indira’s last) where the press room had “rows of STD phones, all functioning”. What’s more, the eastern metro had newspaper offices, including The Indian Express for which Raman was then working, connected with “regular direct teleprinter lines”. At Calcutta, the journalists covering AICC event were “fighting in public for five-star accommodation”, their ‘fathers’ at the grand old party’s 1955 Avadi session (near Madras, where Prime Minister Jawaharlal Nehru, along with party colleagues including Morarji, declared socialism as the Congress’s goal) “had comfortably slept on the bare bamboo cots, bathed under the open makeshift taps” while eating the “camp food”.

A year later, the AICC Bombay session of 1985 under Indira’s son Rajiv Gandhi saw a quantum jump in the facilities for the media. To Raman, it also marked two novel trends in his field: women began doing hardcore political reporting and Parliament (a far cry from them largely remaining lowly sub-editors or doing soft beats) and there was a rise in the power of the regional press, whose reports in regional dailies began influencing the Delhi Durbar’s attitude. As for the second, the “new crop of Hindi journalists, smart and skilful”, were products of Jayaprakash Narayan’s anti-Emergency struggles, during which “emerged an activist generation, fairly well read and with a sharp political antenna.”

As a tacit spinoff of it, this also led to “local angle” becoming the “lifeline” for regional correspondents in Delhi. Raman recounts a possibly apocryphal story where a Marathi newspaper’s reporter in the national capital was late in learning about Sanjay Gandhi’s death in an air crash in his city (on June 23, 1980), but managed to compensate the laxity by filing a report which highlighted that the controversial Congress leader was in his final moments wearing ‘Kolhapuri chappals’—a traditional brand of footwear from the western state.

Such streaks of humour—a quality that was a feature of also the author’s Marxist ideologue uncle E.M.S. Namboodiripad, Kerala’s first chief minister—keeps lighting up the work, published by Aakar Books. In a latter-half chapter titled The Crusader Journos, Raman speaks of the ‘big shock’ he got in 1993 while he was settling his accounts with Bennet, Coleman & Company after having quit as the political editor of The Economic Times to join Business Standard. A car that TOI correspondent Subhash Kirpekar began driving in the 1980, replacing his scooter on which Raman often rode pillion, was rumoured to be a gift from Congress party’s influential A.R. Antulay. But, as Raman was completing his post-resignation formalities with TOI, he found Kirpekar’s name in the office car loan ledger.