“Our institutions and traditions are nurtured by our rich and diverse cultural heritage and democratic ethos,” writes the CBI spokesperson 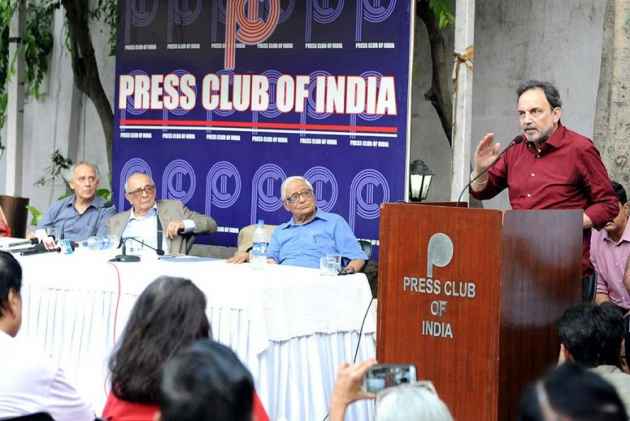 The CBI has responded to an editorial published in The New York Times which was critical of the raids on the residences of Prannoy Roy of NDTV, saying that India has a robust judiciary and that the country “does not require any lesson on freedom of the press from The Times.”

The CBI response written by spokesperson R.K. Gaur and carried by the NYTimes says that the editorialtitled ‘India’s Battered Press’ was “one-sided” gave the impression that action was not being taken against loan defaulters and that it was a “vendetta” against NDTV’s founders.

Gaur writes that the organization was looking into 100 criminal cases worth a total loan default over $5 billion. He says that the ICICI loan of NDTV was merely the “tip of the iceberg” and “RRPR Holdings, the holding company of NDTV, is also being investigated for irregularities in the mobilization of funds used for loan repayment.”

The CBI says that due process of law has been followed in the case and that India is a robust democracy with an independent judiciary that does not require a lesson in ‘freedom of the press’ from the newspaper. “Our institutions and traditions are nurtured by our rich and diverse cultural heritage and democratic ethos,” writes Gaur.

The editorial that the CBI was not too pleased with had said: “Mr. Modi’s government has hesitated to go after big defaulters. But suddenly we have dramatic raids against the founders of an influential media company — years after a loan was settled to a private bank’s satisfaction. To Mr. Modi’s critics, the inescapable conclusion is that the raids were part of a “vendetta” against NDTV.”

Earlier this month on 5th June, the CBI had carried out searches at the residence of NDTV founder Prannoy Roy for allegedly concealing a share transaction from the SEBI and causing a loss to a private bank, a move termed by the channel as a "witch-hunt" based on "same old" false accusations.

After the raid, the CBI had curiously put out a detailed press release the next day, saying that the agency was not acting under any political pressure and that “denigrating the allegations at this stage of investigation and wrongly accusing the agency of acting under pressure is uncalled for and an attempt to malign the image of the CBI.”

After the NYT response, it does seem that the CBI is very wary of how its being perceived.