Raids On NDTV's Prannoy Roy Carried After 'Due Diligence', Not Under 'Political Pressure', Says CBI

In its release, CBI said NDTV has questioned whether the CBI has jurisdiction in the case since the matter pertained to a private bank. 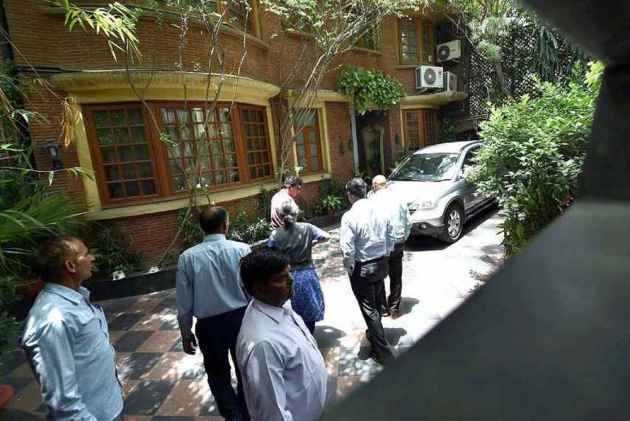 After CBI came under criticism from certain quarters of the media, the agency, in a statement issued today, has said that Monday morning’s searches at the residence of NDTV founder Prannoy Roy were conducted out after “carrying out due diligence” and not under political pressure.

“CBI has registered the case based on the complaint of a share holder of ICICI bank and NDTV after carrying out due diligence. Denigrating the allegations at this stage of investigation and wrongly accusing the agency of acting under pressure is uncalled for and an attempt to malign the image of the CBI,” the release said.

In the press release, the CBI said NDTV has leveled certain allegations against the CBI investigation.

“It has been mentioned in the statement of NDTV that NDTV and its promoters have never defaulted on any loan. The allegations under investigation are not regarding the default in loan repayment; but relate to the wrongful gain of Rs 48 crore to the promoters – Dr. Prannoy Roy, Smt Radhika Roy, M/s RRPR Holdings Pvt Ltd and a corresponding wrongful loss to the ICICI bank arising from their collusion and criminal conspiracy.

In its release, CBI said NDTV has questioned whether the CBI has jurisdiction in the case since the matter pertained to a private bank.

“It is clarified that the Honourable Supreme Court in the case of Ramesh Gelli vs CBI of 2016, held that the provisions of Prevention of Corruption Act, 1988 are applicable to the officials of private banks,” the CBI says

The CBI has registered a case against RRPR Holding pvt limited, Prannoy Roy, his wife Radhika and unidentified officials of ICICI Bank of criminal conspiracy, cheating and corruption.

The promoters of NDTV pledged their entire shareholding in NDTV as collateral to ICICI for this loan, it alleged.

This pledging of shares was not reported to the SEBI, stock exchanges and the Ministry of Information and Broadcasting, according to the CBI.

Such concealment was allegedly done as a creation of more than 61 per cent voting capital which was in violation of section 19 (2) of the Banking Regulation Act. It should not be more than 30 per cent, the agency said. An interest waiver of 10 per cent was given by ICICI.

"Provided that any banking company which is on the date of the commencement of this Act holding any shares in contravention of the provisions of this sub-section shall not be liable to any penalty therefore if it reports the matter without delay to the Reserve Bank and if it brings its holding of shares into conform­ity with the said provisions within such period, not exceeding two years, as the Reserve Bank may think fit to allow," it said.

The FIR said that a loss of Rs 48 crore was caused to ICICI bank and consequent gain by RRPR.

The searches took place at two locations in Delhi and one each in Dehradun and Mussoorie. A CBI team was conducting raids in Dehradun, CBI SP Sujit Kumar said.

In a statement, NDTV said: “This morning, the CBI stepped up the concerted harassment of NDTV and its promoters based on the same old endless false accusations.”

It said NDTV and its promoters would fight tirelessly against this ‘witch-hunt’ by multiple agencies.